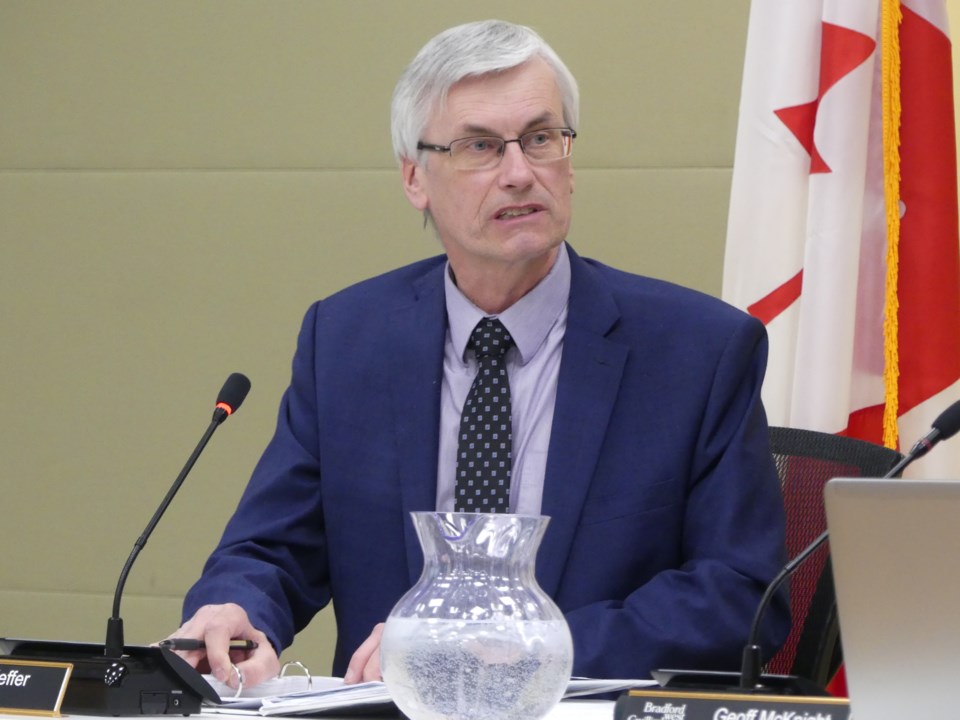 Recently, the towns of Bradford West Gwillimbury and Georgina unanimously passed motions calling on the federal and provincial governments and York Region to work together to build the facility.

According to a news release from Lake Simcoe Watch, “the Holland Marsh pollution reduction project is the single largest action we can take to reduce Lake Simcoe’s phosphorus pollution.”

In his letter, Keffer noted the project has been stalled because of the provincial government’s discomfort with the Upper York Sewage Solution (UYSS) scheme.

The mayor has requested that York Region and the provincial government work collaboratively to move the facility forward, independent from and notwithstanding the paused status of the UYSS project.

Keffer said Bradford has “long collaborated” with the Lake Simcoe Region Conservation Authority, York Region and the province “to use innovative ways to remove phosphorus from the West Holland River.”

The mayor also noted that in 2018, the Everglades Foundation conducted research studies at the Art Janse Pumping Station to find solutions for phosphorus loading in freshwater.

“Our council requests that York Region separate out a facility from the overall UYSS and proceed with an environmental assessment of the project,” he wrote.

Last year, the federal government pledged to invest $16 million in the $40-million project. In his letter, Keffer requested funding from the provincial government to help move the project forward.

The project has received support from other organizations, such as the Holland Marsh Growers’ Association.

“Our members have done their part for many years to reduce phosphorus runoff from agricultural activities, and we were one of the first groups to call for this facility,” said Holland Marsh Growers’ Association executive director Jody Mott.

She said the facility is vital to protect the Holland River sub-watershed and the Lake Simcoe watershed, which will reduce phosphorus runoff by an estimated 2.5 tonnes per year.

“Reducing phosphorus loads in the river and lake is critical to the overall health of our watershed. As such, our association strongly supports this motion and echoes the call for all levels of government to work together to fund, design, and build this important facility,” Mott said.

“This is the largest diversion of phosphorus ever proposed for Lake Simcoe. We have to do it,” she said, noting the Lake Simcoe Protection Plan’s phosphorus reduction target is 44 tonnes of phosphorus going into the lake every year, with the 10-year average at approximately 90 tonnes per year.

“This will not be the only solution for phosphorus reduction, but it would be very helpful,” she said.

Bradford Coun. Jonathan Scott, who brought forward the motion initially to his town council, says placing the facility in the Holland Marsh is being done to capture all the phosphorus runoff from the region that flows into the Holland River and the marsh from a wide variety of sources.

“Our farmers have been leaders in reducing their impact and their efforts have made a real difference,” he said. “This facility is to deal with all the phosphorus from a wide array of sources so we can realize our commitments under the Lake Simcoe Protection Plan.”

Scott says he’s “optimistic” that York Region, the province and the federal government “have heard our message that we want them all to work together to deliver this long-awaited facility as soon as possible. The health of our river and lake cannot wait and citizens don’t care for governments to play blame games amongst ourselves.”