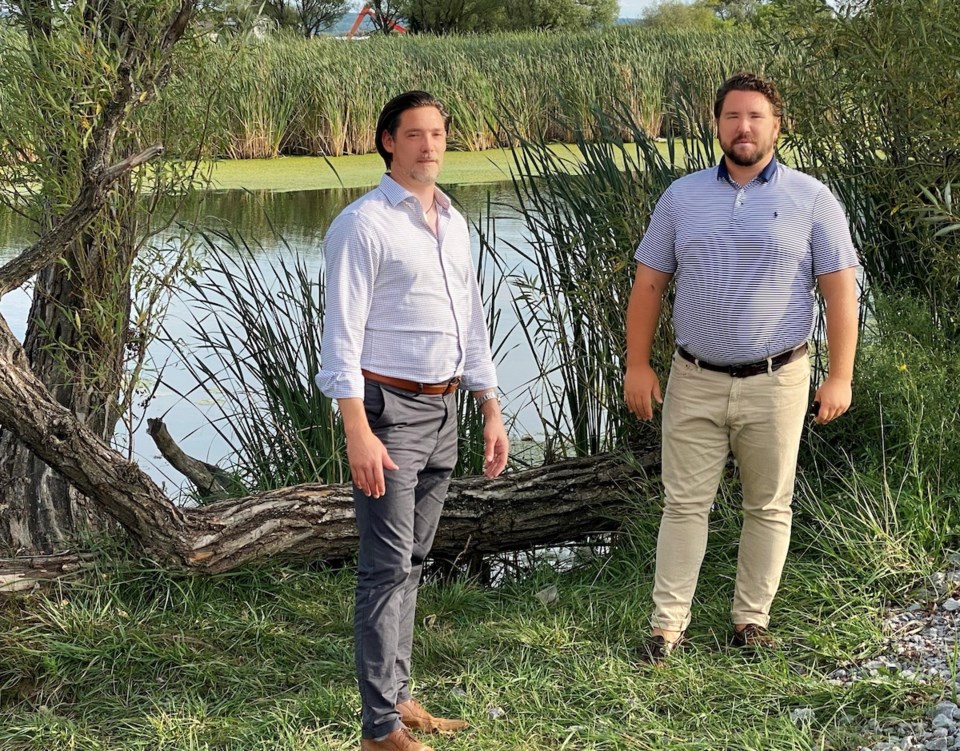 ‘Our motion calls on York Region to move this much-needed pollution-reduction project forward independently so we can take meaningful action,’ says Bradford councillor

Bradford councillor Jonathan Scott and Dave Neeson, a councillor in Georgina at the south end of Lake Simcoe, are introducing motions they hope will move forward the proposed Holland Marsh Phosphorous Recycling Facility.

They say the proposed facility will reduce phosphorous runoff from the Holland Marsh agricultural area into the Holland River and Lake Simcoe by up to 85 per cent, removing an estimated 2.5 tonnes per year.

The facility is proposed by York Region to be built on the Holland River, between Bradford and King Township.

The federal government is contributing $16 million toward the estimated $40-million cost.

However, the project is currently on hold because York Region was expecting to include it as part of its overall Upper York Sewage Solution plan, which the province has paused indefinitely.

“Our motion calls on York Region to move this much-needed pollution-reduction project forward independently so we can take meaningful action at last to reduce phosphorous in the Holland River and Lake Simcoe, which will protect fish habitats and the health of our watershed,” Scott said in a news release.

“We are also hopeful that the provincial government will come to the table to help cover the costs of this vital facility, to make real the goals of the Lake Simcoe Protection Plan,” he added.

Neeson called the facility “a game changer for the entire Lake Simcoe watershed.”

“We need it to proceed,” he said in the news release. “A wide variety of Lake Simcoe watershed residents and stakeholder groups are united in supporting our motion and we hope the region and the province are listening.”

It is anticipated that Scott and Neeson will ask their respective municipalities this month to request that York Region proceed with the Holland Marsh pollution reduction project.