NDP, Liberals and Greens ask auditor general to look at impact of opening up Greenbelt 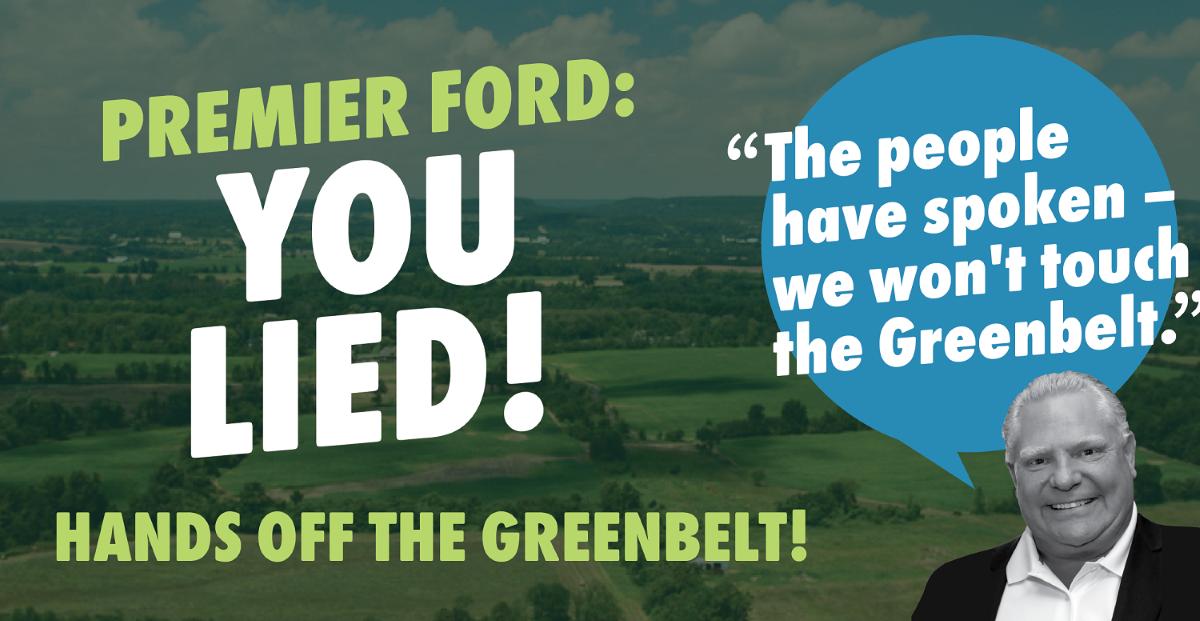 “Collectively, we are very concerned with the impact this will have on the future well-being of our province,” the parties say in a joint letter.
From the Toronto Star, by Kristin Rushowy, Jan12, 2023

The NDP, Liberal and Green parties have come together to ask the province’s auditor general to look at the financial and environmental impact of opening up the Greenbelt.

In a letter to Bonnie Lysyk released Thursday morning, the leaders of the three parties are seeking a value-for-money audit as well as an evaluation of the environmental impact of the move by the Ford government to remove land from the Greenbelt for housing.

“Over the last few months, we have independently raised concerns with the government’s decision to remove 7,400 acres of land from the Greenbelt to allow for development on what was protected land,” write incoming NDP leader Marit Stiles, interim Liberal leader John Fraser and Green leader Mike Schreiner.

“… We are writing to you together to ask that your office conduct a value-for-money audit and an assessment of the financial and environmental impacts of the government’s decision to remove lands from the Greenbelt and repeal the Duffins Rouge Agricultural Preserve Act. The removal of protections from these lands has instantly shifted wealth to property owners, who have likely benefited substantially from the rezoning of this land from undevelopable agricultural land to developable land.”

They go on to say that “about 4,500 of the 7,400 acres of Greenbelt land formerly belonged to the Duffins Rouge Agricultural Preserve (DRAP) and had easements protecting the land as farmland in perpetuity under the (preserve) Act,” they said.