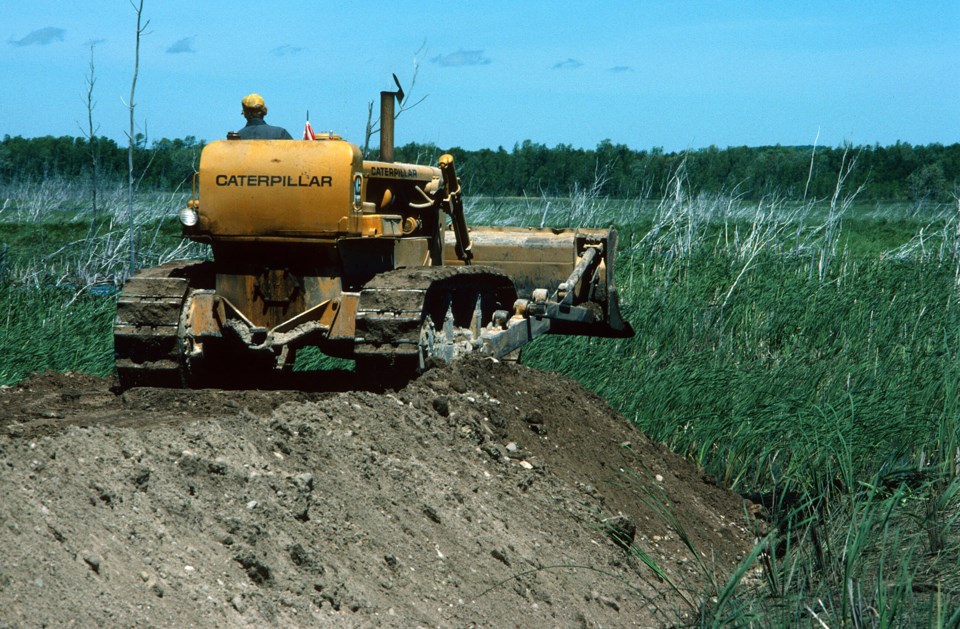 photo by David Hawke
Despite my personal preference of returning this column to one of discussing natural wonders, I am once again propelled to wax politicalabout the proposed Bill 23: The More Houses Built Faster Act. Sorry, but there is a need to further explore this bizarre proposal.

As most of you now know, there is growing push-back to this omnibus Bill 23 that has openly declared war on environmental restrictions to developments; but you must realize that there are other ‘secret’ changes within it. One is the complete gutting of the Ontario Wetland Evaluation System (OWES).

The hand-cuffing and muzzling of conservation authorities from commenting or opposing proposed developments in wetlands or flood plains is bad enough, but to ensure they have no regulations to back them up, OWES is being ‘updated’ by the Ford Conservatives. To truly understand the impact of this, allow me to provide some background.

Prior to 1983, developers could, with enough money and silver-tongued lawyers, get permissions to alter or even destroy wetlands in order to facilitate their dreams of a strip mall on every corner. However, about the same time conservation organizations were raising red flags about the loss of wetlands in southern Ontario (so far over 85 per cent of all the wet areas left behind from the retreat of the Wisconsin glacier have now been destroyed).

The arguments put forth in favour of protecting wetlands were tenfold:

One might think that with all of these proven values that wetlands would be revered. Unfortunately, just the opposite. “Too wet to build on, too shallow to boat on.” So wetlands sold for much less money than solid soil as “it was good for nothing.”

However, this cheaply acquired land soon became the sprawling grounds of poorly approved building plans. “Drain ‘em, fill ‘em in, put a little drainage ditch along the roadside, and shazam, we got ourselves a profitable little subdivision.” And within the following years there was a high demand for basement sump pumps, and occasionally a few homes were floated away in spring floods.

Land use planners needed a way to determine if a particular wetland was expendable or not. Along comes OWES, an evaluation and scoring system to level and equalize the field of comparing one wet area to another.

The provincial government put the Ministry of Natural Resources in charge of doing the evaluations, and the conservation authorities used the resultant reports to assist with permit approvals, or not.

OWES assigned a score to four main categories: social history and impacts; biological species present (plants and animals to prove biodiversity); hydrology and size; and to record any special features (such as rarity of wetland type and/or if any endangered or threatened species were there): 250 points max for each category. If the combined score broke 750 points, it was declared to be a Provincially Significant Wetland and ‘hands off everybody’ plus a 100-metre buffer zone around the wetland border.

Land developers were not pleased, not at all. And despite their lands being recognized as special and thereby receiving a break on their taxes, some landowners were not pleased to realize their property resale value has plummeted. But conservationists and environmentalists were very pleased to finally have a process of proving the values of retaining these wet areas.

Back to this proposed Bill 23. As part of the current government’s plan to build poor quality homes really fast on unsuitable lands, this interfering OWES and its Provincially Significant Wetland offspring had to be removed. And therefore hidden within Bill 23 is the plan to gut the evaluation system to the point it is meaningless.

By example, rather than allowing several associated wet areas be lumped together as a wetland complex, there will be a separate evaluation down on each mini-wetland. Oh look, it scores really low when all by itself, so fill it in … quickly!

Also, if an endangered species had been found in a wetland under the original OWES scoring, the area was almost automatically elevated to being Provincially Significant. The new ‘upgrade’ removes the recording of any endangered species. “Shh… I see nothing….”.

So by rendering the OWES program down to be a joke, conservation authorities and local planners have nothing to work with in determining permit issuing. Oh, and the proposed ‘upgrade’ takes the whole program out of MNR&F and allows private consultants hired by developers to do their own evaluations. Can you say fox guarding the hen house?

The sitting Members of Provincial Parliament need to get an education about a lot of things, especially about natural environmental functions. Wetlands provide many natural services for free … it you just leave them be.
Read the column here