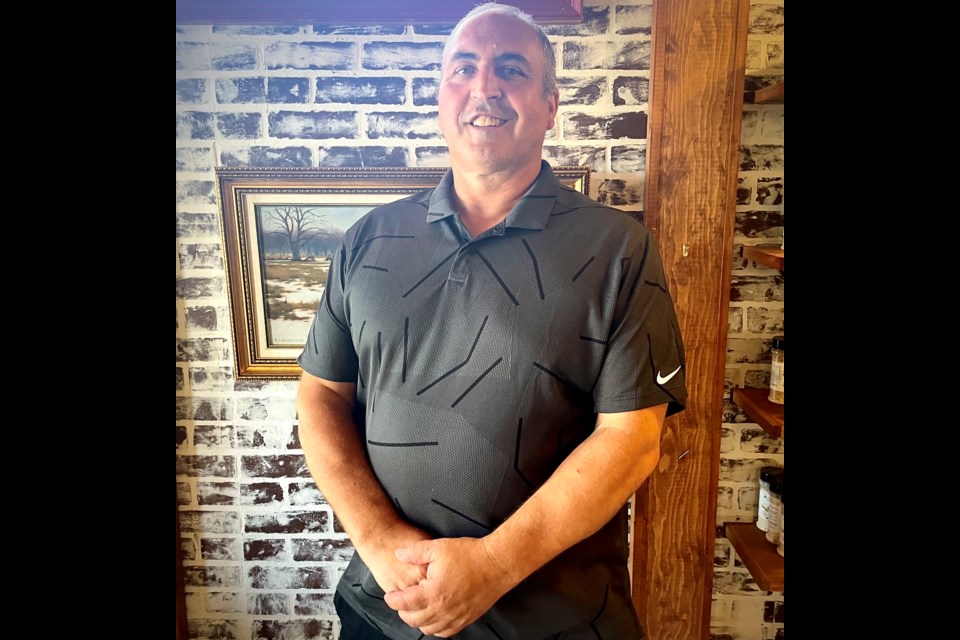 From OrilliaMatters, September 3, 2022
By Greg McGrath-Goudie

OrilliaMatters will profile all the candidates seeking election in Orillia in the Oct. 24 municipal election.

In his bid for a Ward 2 council position, Gilles Depratto points to his career with the OPP as evidence he can succeed in public office.

The University of Ottawa graduate began his career with the OPP’s West Carleton detachment in 1986 before moving in 1998 to Orillia, where he raised three children with his wife.

Depratto spent 34 years in various capacities with the OPP, working for 12 years with the Anti-Rackets Branch investigating large-scale fraud and economic crime, before spending an additional 12 years with the Criminal Investigation Branch probing homicides and other serious crimes.

Before retiring in 2020, Depratto, 60, spent four years as the OPP representative with the National Inquiry into Missing and Murdered Indigenous Women and Girls, meeting with families who had unsolved homicides, missing-person cases, and suspicious deaths.

“My big thing is open, face-to-face communication,” he told OrilliaMatters. “In the Indigenous circles, family circles, I was yelled at, but you have to be able to keep your cool because they have to have the opportunity to vent.”

After working as an elections clerk in this year’s provincial election, Depratto was inspired to run in the municipal race after residents suggested he might make a good councillor.

“They wanted to me to run because they wanted me to present a different set of skills that is not presently on the council, bringing that major case-management expertise, that decision making in very, very serious circumstances,” he said.

Depratto highlighted the amount of work that goes into criminal investigations as evidence of leadership, communication, and decision-making skills.

“I have a lot of leadership skills because, in homicide, you sit with a group of 15 to 20 people and you have to guide them in the investigation, but I have always made a point that I want to be open and accessible,” he said. “We give everybody the opportunity to speak in the room; we go around and everybody gets to have input because sometimes the least experienced person has the most valuable information.”

If elected, one issue Depratto would like to address is bringing more doctors and walk-in clinics to the city.

“We don’t have enough doctors, because not everybody in our area is able to have a physician assigned to them. We don’t have an accessible after-hours clinic that is accessible to everybody,” he said.

He hopes to enlist the expertise of various organizations to help tackle the city’s issues.

“I have very close relationships (with) a lot of the officers I’ve worked with in the past and I think we can work at bettering our community by working as a group,” Depratto said. “One of the things that the OPP brought out at one point were these situational tables, (with) different groups from the organizations that can deal with an issue like mental health.

“As a group, when we all work together, we can bring better solutions.”

One of his key goals is to improve communication between the city and its residents.

“My biggest hope is that we have a council that is able to make decisions that are for the betterment of the group, and that we base our decisions on consultation with the public, and we shouldn’t be afraid to talk to the public,” he said.

He hopes to establish open forums where experts explain decisions and operations to constituents.

“I want the citizens to have a place where they can offer their voice,” he said. “What I plan to do in the first 100 days is try to establish this, where we bring subject-matter experts that (present) information so that everybody has the information as to why certain things get done certain ways,” he said.

Beyond his career in law enforcement, Depratto has been involved in the community.

He has coached minor hockey, soccer, and football, and serves on the city’s commemorative awards committee.

“I’ve also been on the executive of (Orillia Minor Hockey), all at the same time as being a full-time police officer,” Depratto said. “I think it’s very important for us to get involved with the youth of our community, because they need opportunities to develop.”