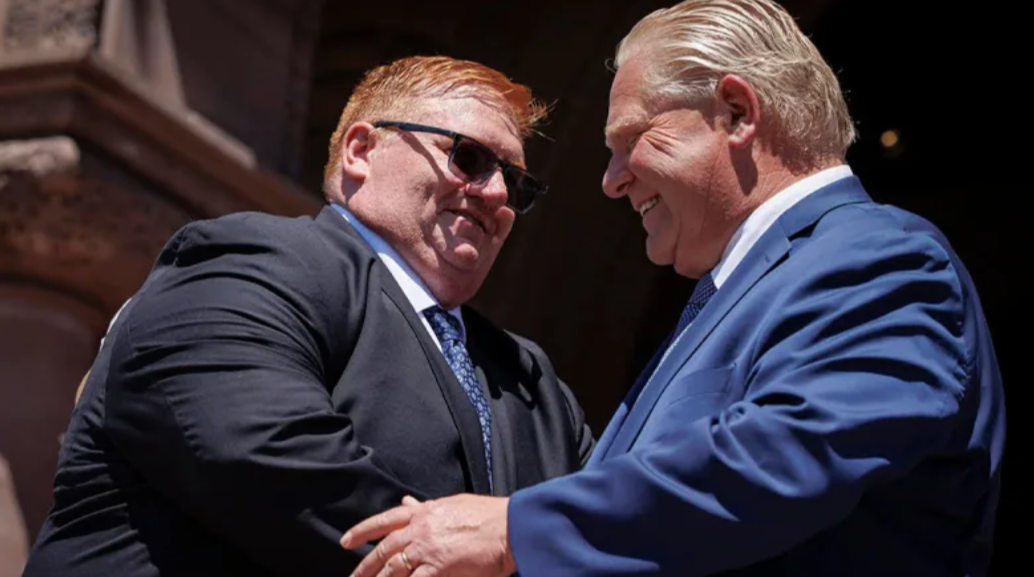 Minister of Natural Resources and Forestry Graydon Smith shakes hands with Premier Doug Ford at a cabinet swearing-in ceremony on Friday outside the Ontario Legislature. The minister faces an accusation that he violated the Endangered Species Act while he was mayor of Bracebridge, Ont. (Evan Mitsui/CBC)

One of Ontario Premier Doug Ford’s new cabinet ministers faces a September court date over charges that he violated the province’s Endangered Species Act during his time as mayor of a cottage country town, CBC News has learned.

Graydon Smith, appointed Friday as minister of natural resources and forestry, was mayor of Bracebridge, Ont., for nearly 12 years until winning the riding of Parry Sound-Muskoka for the Progressive Conservatives in the provincial election on June 2.

Smith is charged with harming or harassing Blanding’s turtles, designated by Ontario as a threatened species, and with damaging or endangering the habitat of the turtles. The Town of Bracebridge itself and two senior municipal officials also face identical charges.

The charges were brought by a local resident and have yet to be tested in court. Last Tuesday, three days before Smith was sworn in to cabinet, a justice of the peace signed off on the charges and ordered the case to proceed to court on Sept. 21.

It’s alleged the town and its officials disturbed the turtles and damaged their habitat by doing grading work between June and August 2021 on the Peace Valley Road, about 15 kilometres northeast of the Bracebridge town centre.

Michael Opara, the local resident who brought the charges, says he and his supporters emailed and called town officials to warn them of the turtle nesting site alongside the road near a creek, and made a presentation to council.

But the town forged ahead with the work. 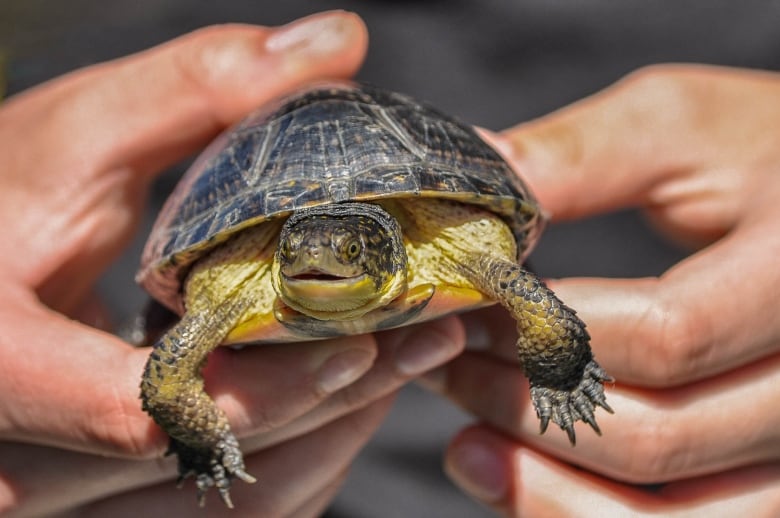 The Blanding’s turtle is on Ontario’s species-at-risk list and is classified as ‘threatened,’ which means it is likely to become endangered if steps are not taken to protect it. (Parks Canada/Heike Reuse

“We have for over two years tried to get the town to listen,” said Opara in an interview.

“One of their solutions is to pave over 60 meters of the roadway, including the turtle nesting grounds, and it came to a point where we had enough and the charges were filed.”

CBC News asked Smith and the premier’s office Monday to respond to the allegations. The only response came from the Ministry of Natural Resources and Forestry.

“[Bracebridge] council heard the concerns raised and sought mitigation measures before moving forward with the project,” said a ministry official in an email.

“Given this was a decision made by council, the municipality is in a better position to provide any further comment.”

A lawyer for the Town of Bracebridge said Monday that she is confident the charges will be thrown out. 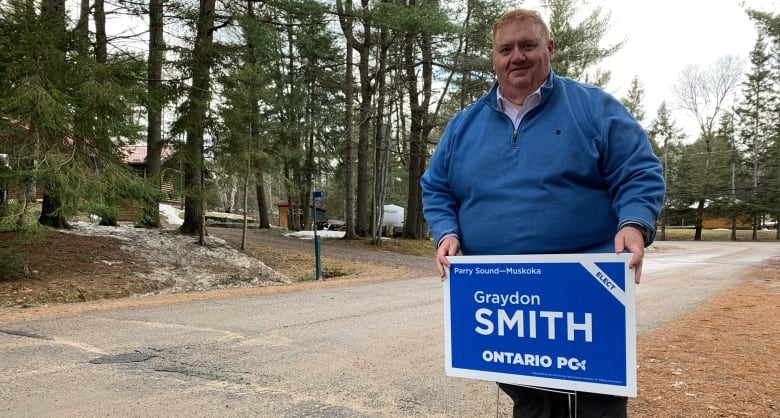 Smith, formerly the mayor of Bracebridge, won Parry Sound-Muskoka for the Progressive Conservatives by 2,114 votes over the Green Party candidate in the June 2 election. (Graydon Smith)

“The fact is, and the evidence will show, that the town acted diligently and appropriately in completing required road works within the vicinity of turtle habitat,” said Sarah Hahn, a partner with the firm Barriston Law.

“It is unfortunate that town resources must now be used to respond to these baseless accusations,” Hahn said in an email to CBC News.

David Donnelly, an environmental lawyer in Toronto, says last week’s decision by the justice of the peace to set a court date for the case gives the charge legitimacy.

“Essentially, there are sufficient grounds to proceed to trial,” said Donnelly, who has brought private prosecutions in the past but is not involved in the Bracebridge charges.

“It’s the same screening process as with anything that the police might take to a prosecutor or that the Ministry of the Environment or any other ministry would take,” Donnelly said in an interview.

“If proven, the town’s actions are very disturbing, given that it was a situation that was so easily avoided,” said Appleby in an interview.

“We support holding the town accountable, and we will be following this case as it proceeds.”

Smith won Parry Sound-Muskoka by 2,114 votes in a race that was notable as the only riding in the province where a Green Party candidate came second.