LETTER: Petition looks to tap into support for pristine water 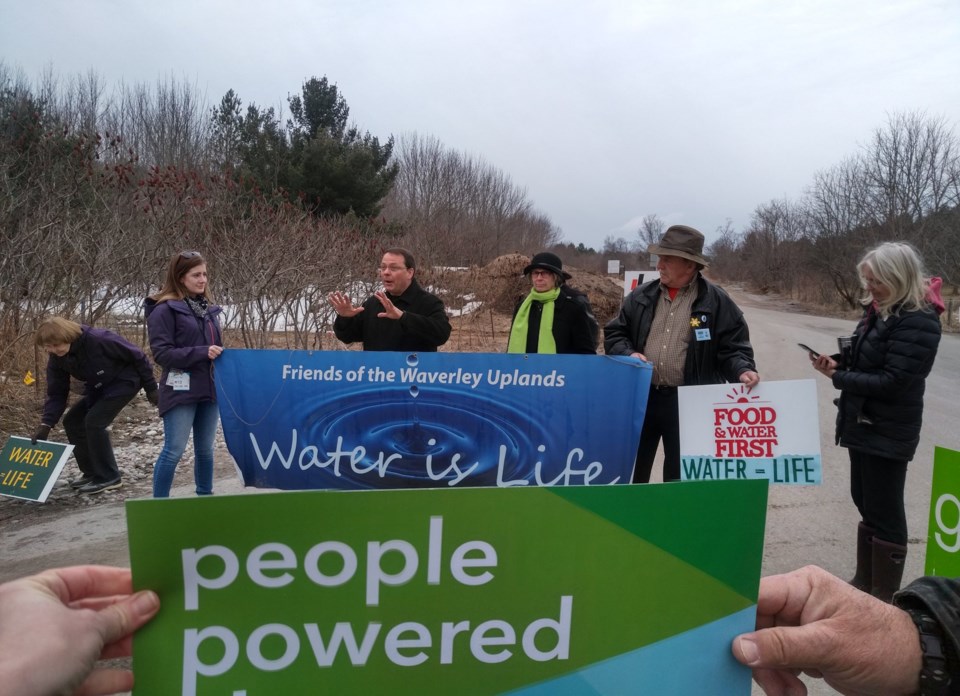 Ontario Green Party Leader Mike Schreiner is shown at the Teedon Pit in Waverley – home to the world’s most pristine water. File Photo

The following letter is in response to a story, published June 18, titled ‘Stanley supporters forging ahead with minor variance application.’

Stanley the Goat was recently in the news. Over 7,000 people signed his petition for help. A one-year-old goat that lives in Tiny Township, he is a personal support animal that was threatened with removal due to a zoning by-law. The happy ending for Stanley is that he will not be forced to part with his owner.

There is another petition in Tiny Township that urgently needs public support. We have the Simcoe Uplands, near Waverley in Simcoe County, with the most pristine water in the world — water that has been tested for three decades and has been found to be the purest known to science. Petition e-3867 on the House of Commons website, being brought forward by our MP Adam Chambers, is currently at 1,817 signatures. The petition closes on June 30.

Details of the petition are as follows:

Can you sign and share the petition? If Stanley can get over 7,000 signatures, surely our pristine water should be able to generate more than that across Canada.