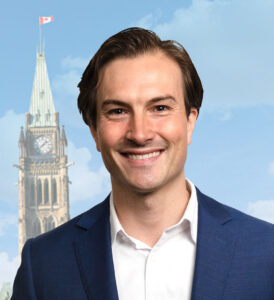 Simcoe North MP Adam Chambers has helped initiate a House of Commons e-petition, which calls on the federal goverment to step up and protect the pristine groundwater in Tiny Township.

The Government of Canada is being asked to take action to protect the Alliston aquifer, which is said to have the purest water known to science.

This petition is urging the federal government to use the Canada Water Act and any other relevant legislation to protect the pristine waters of the Simcoe Uplands — also known as French’s Hill — so that research may proceed into how this purity is created and maintained.

“We need to give the scientists the time to figure out what exactly is going on here,” said Schomann. “This is a signature feature with global significance. It’s important to all Canadians, regardless of what party they align with.”

Schomann, who is affiliated with the Simcoe North Green Party, has amassed support from the local Conservative, Green, Liberal, NDP and PPC candidates. Together, they will be seeking support from the public.

One Response to “‘It’s important to all Canadians’: Petition calls on federal government to protect Tiny Township aquifer”