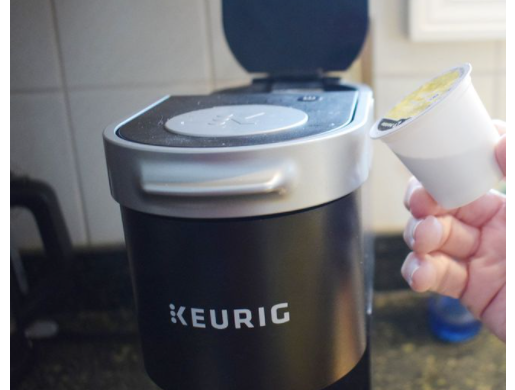 Keurig K-Cup pods, which were the focus of an investigation by Canada’s Competition Bureau, are not allowed in Orillia’s recycling program.  | FRANK MATYS/METROLAND

A popular single-use coffee pod that was at the centre of an investigation by Canada’s Competition Bureau has no place in Orillia’s recycling program, the city says.

The city is among a slew of Canadian communities that will not accept Keurig Canada’s K-Cups for recycling.

An investigation by the Competition Bureau concluded that Keurig Canada’s claims regarding the recyclability of its single-use coffee pods are false or misleading in places where they are not accepted for recycling.

The bureau said K-Cups aren’t currently widely accepted in municipal recycling programs in any province except Quebec and British Columbia.

“The confusion is that some cups are not compostable, as they are made with sealed plastic containers that have the compostable coffee grounds within them,” Preston added.

According to the bureau, Keurig Canada’s claims gave the impression that consumers can prepare the pods for recycling by peeling the lid off and emptying out the coffee grounds, but some local programs require additional steps to recycle the pods.

In a statement, the company said that, “Canadian consumers need to be aware that K-Cup pods are only recyclable in select locations and are therefore encouraged to check with their local program to find out if the K-Cup pods are recyclable, and if they are, then how to recycle them.”

As part of a settlement Keurig Canada reached with the bureau, the company agreed to pay a $3 million penalty and donate $800,000 to a Canadian charitable organization focused on environmental causes.

The company must additionally pay $85,000 for the cost of the bureau’s investigation and change its claims regarding the recyclability of the pods and the packaging of the pods.

Locally, Preston said he had “not heard of any issues with them at present.

“The items are small, so would be hard to see in a recycling box by the collection drivers,” he added.

Fully compostable coffee pods can be accepted within the municipality’s green bin program, but they must be certified by either the Biodegradable Products Institute or Bureau de normalization du Quebec, Preston said.