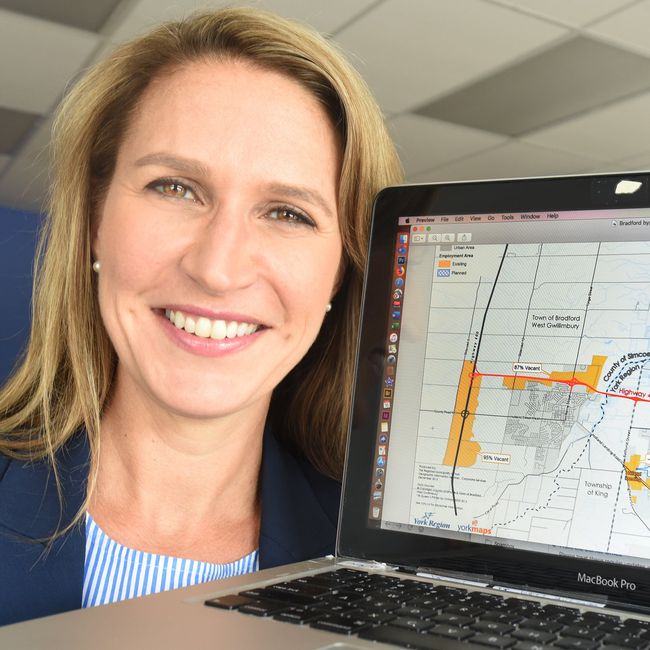 The Bradford Bypass and Highway 413 are being sold to Ontarians as time-savers, promising to shave 30 minutes off of commuters’ trips.

Sounds great.  But this doesn’t add up.  Transportation Minister Caroline Mulroney admitted in a Globe and Mail article that the 30-minute figure comes with a catch.  Drivers would save 30 minutes only if they traveled the full length of the highway, which few commuters would actually do.  In reality, the average driver would save closer to 10-15 minutes.

Okay 10-15 minutes still isn’t bad.  But this still doesn’t add up because of something called induced demand.  This means when something new is built, more people will eventually start to use it (think “if you build it, they will come” from Field of Dreams).  So in a few years, and $6 Billion in taxpayer money later, drivers will be right back where they started.  Then what?  More highways?  More sprawl?  More money spent to solve the problem?  Communities will suffer too – sitting in traffic isn’t good for growth or the economy.

These types of projects don’t solve the problems they claim to solve and we know it.  This is stated in many reports such as Ontario’s Greater Golden Horseshoe Growth Plan, and why the plan was developed in the first place: to avoid the mistakes of the past.  The report states that to accommodate the 14.8 million people and 7 million jobs coming in the next 25 years, “complete communities” will be required.  Complete communities are like a one-stop-shop.  They are designed with efficiency in mind.  Amenities are placed close together to reduce unnecessary car trips.

Then there are the environmental costs, which would be irreversible.  We would lose endangered species habitat and sensitive woodlands, rivers, valleys, wetlands, conservation areas and forested areas. The 2021 report by the Auditor General of Ontario on conserving the natural environment warns of unchecked growth (like building highways and the resulting sprawl) and the harms it would cause.  This kind of growth can contribute to air and water quality degradation as well as greenhouse gas emissions that contribute to climate change. The past 7 years have been the hottest on record.  Do we really want to roll the dice and see what happens if we continue this trend?

Then there’s the cost itself.  These highways will cost $6 Billion, and that’s just to build.  What about maintenance and repairs over the next 10 years?

$6 Billion and more just to save 15 minutes – for the few years that even that would last.

I’m happy to wait 15 minutes and spend that money to help my fellow Ontarians with some of the more serious problems we’re dealing with.

Take healthcare.  This pandemic was relentlessly tough on the physical and mental health of healthcare professionals, and as a result, patients.  Some of whom desperately need care that they’re not getting.  During the latest wave, nurses were leaving hospitals in droves after almost two years of working flat out.  If the pandemic has taught us anything, it should be that our fragile health care system needs attention – more than the 6,200 nurses the Ford government claims have been hired.  Maybe $6 Billion would help people get their elective surgeries and give more of a buffer for ICU admissions as the pandemic continues – and for future ones.

What about a childcare deal?  As I write this, we are the last province without a federal deal.  $6 Billion would take the pressure off of a lot of parents who have to pay upwards of $60, $70, $80 per day for daycare.  I’d take $80 a day over saving 15 minutes in the car.

Small businesses, which are the backbone of our economy, were hit especially hard and many closed permanently.  What about more support for them?  I personally know someone who is surviving on Kraft Dinner because the latest round of lockdowns has hit him and his family so hard.

And for transportation, what about the many alternatives that have been proposed like Brampton’s boulevard solution raised by council in August 2020.  Or investment in public transit including expansion of GO service?  Rail is the most efficient way to move people.  Period.  There’s also optimizing the existing infrastructure through demand management, truck priority on Highway 407 and widening of existing roads.