30,000 shipments of nuclear waste would move through Ontario cities, farmland under draft plan 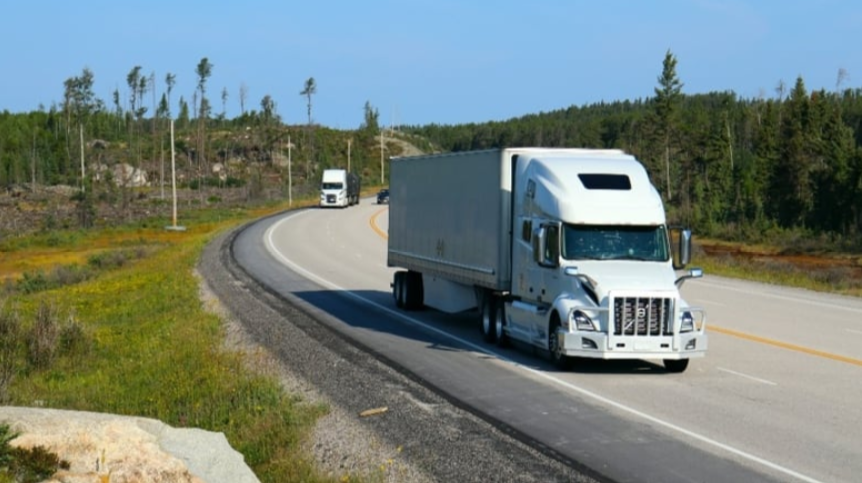 Canada’s nuclear industry plans to send up to 30,000 shipments of toxic radioactive waste by truck or rail to either Ignace or South Bruce in Ontario. Some of those shipments would travel through densely populated communities. (NWMO)

A proposed transportation plan by Canada’s nuclear industry would see up to 30,000 shipments of highly radioactive spent nuclear fuel rods travel through some of Ontario’s most densely populated communities over four decades, starting in the 2040s.

Under the proposed plan from the Nuclear Waste Management Organization (NWMO), fuel rods would be shipped by road and/or rail from reactor sites and interim storage facilities in Ontario, Quebec, Manitoba and New Brunswick, destined for either South Bruce or Ignace in Ontario.

Currently, scientists are studying the ancient bedrock below both communities to determine whether the geology is right for a deep geologic repository, a $23-billion crypt as deep as the CN Tower is tall, in which Canada could seal away its entire stockpile of nuclear waste for eons.

The selection of a site is expected in 2023. Once chosen, the host community would start to receive up to 30,000 shipments of nuclear waste over four decades, starting in the 2040s, which translates into an average of 654 shipments per year or almost two shipments per day.

For the rest of the province, it would mean the radioactive cargo could potentially travel along rail routes, 400 series highways or even city streets as the fuel rods make their way to their final resting place.

Image taken from the Nuclear Waste Management Organization’s transportation plan details the components of the containers in which spent nuclear fuel rods would be shipped under the plan, which would need federal approval to proceed. (NWMO)

She said the likelihood of an accidental radiation release, particularly in the event of a crash, while the waste is being transported through cities or some of the province’s most productive farmland depends largely on the safety of the containers in which the spent fuel rods are being transported.

Burley said the containers have been extensively tested according to international standards. Vintage films of such tests can be easily found online, in which nuclear shipping containers are dropped, immersed in water, punctured, rammed with a speeding locomotive or even set ablaze using propane and jet fuel.

“All of them occur consecutively on the same package to inflict maximum damage,” she said.

Burley said that in all of the tests, the containers successfully shielded the outside environment from nuclear radiation, and noted that in almost 60 years of transporting used nuclear fuel, there has never been an incident in which people or the environment have been harmed. 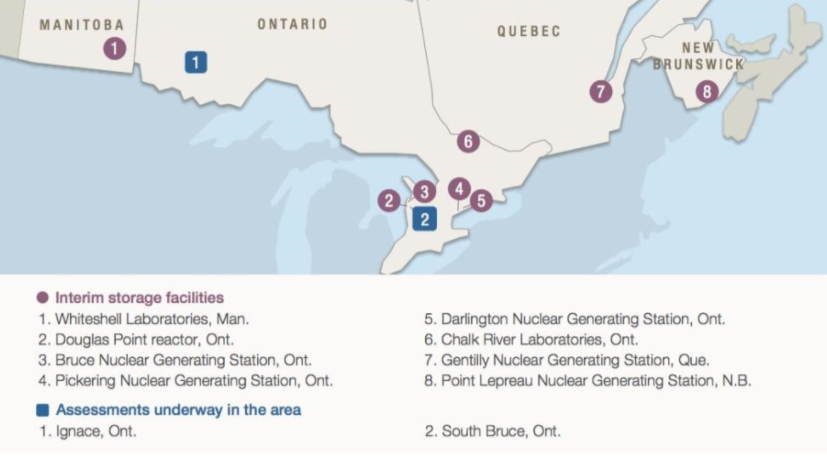 This map taken from the NWMO’s proposed transportation plan shows the relative geographic position of interim storage sites and the two Ontario communities being considered as a permanent site to store Canada’s nuclear waste. (NWMO)

Transportation of radioactive waste is regulated by Transport Canada and the Canada Nuclear Safety Commission.

CBC News reached out to both for comment Monday and has yet to receive a response.

Final approval of the plan would rest with the federal government.

Shipments will also have a security detail, and will be monitored by satellite and in constant communication with a 24-hour command centre to ensure the radioactive material isn’t captured by criminals or terrorists.

Still, in the event a crash does happen, the NWMO has developed a plan to deal with the situation, Burley said.

“We will be prepared. We will have the equipment and the personnel in place to respond. Everyone will know what their job is.”

Bill Knoll, a resident of South Bruce and vice-president of the citizens’ group Protecting Our Waterways — No Nuclear Waste, spoke to CBC News about the plan.

A small Ontario town is deeply divided over whether to become the storage location for Canada’s nuclear waste. Advocates against the project accuse the waste management group behind the project of trying to garner support by putting money into their town. 3:52

“The plan is vague on details and is more of a plan for a plan,” Knoll wrote in an email on Monday. “This is one of the issues we have with the NWMO. Information that should be easy to arrive at is always changing.”

For its part, the NWMO said the plan is vague because it is still in flux, noting the nuclear industry has yet to narrow down whether the permanent location for Canada’s nuclear waste would be in South Bruce or Ignace.

“We’re really interested in what people have to say so we can incorporate it into our planning.”