Group says it’s time to push back on climate change 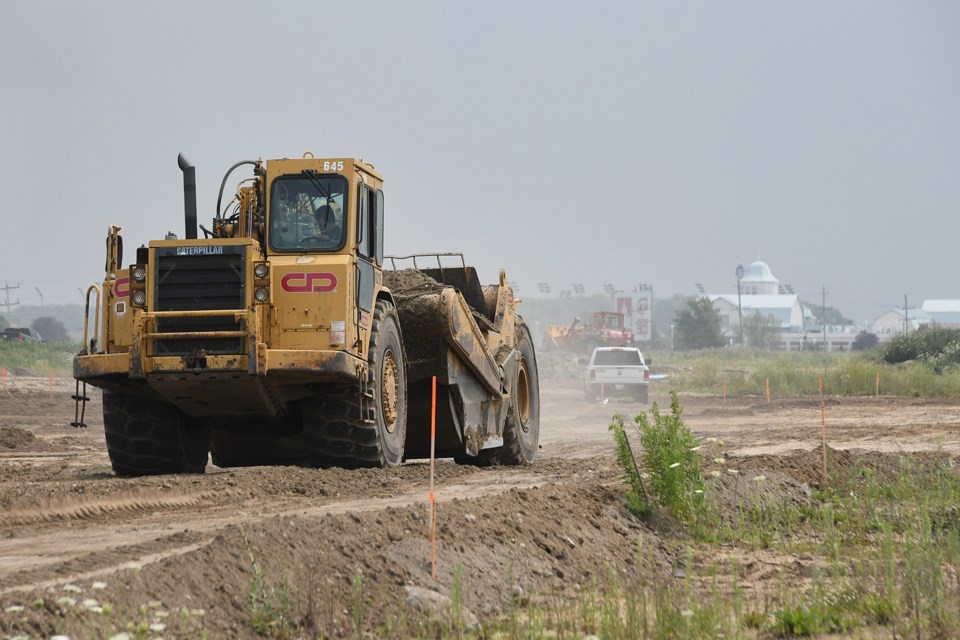 A development in south-end Barrie is shown in a file photo.  Ian McInroy for BarrieToday

The COP26 climate conference in Glasgow acknowledged that we’re in the midst of a climate crisis. The crisis is fuelled by many things: by excess consumerism; by societal addiction to petroleum and a carbon-based economy; and by an ignorance of the fact that the planet does not have the resources to sustain the level of growth already taking place.

Meanwhile, Simcoe County is currently swept up in a frenzy of growth planning, particularly in the south end. Innisfil, Bradford West Gwillimbury and New Tecumseth all have developers clamouring for approvals that would see their urban settlement boundaries balloon beyond even provincial growth expectations for the region.

The province’s recent announcement to march ahead with the controversial Bradford Bypass was greeted as a needed support for growth by Bradford West Gwillimbury’s mayor.

The City of Orillia is considering adding almost (380) hectares of green space into its settlement area.

Simcoe County is simply tagging along with initiatives across the country working on aggressive growth.

There is growing popularity within the political class for the notion that Canada’s population needs to reach 100 million by the end of the century. The Ontario government’s Provincial Growth Plan for the Greater Golden Horseshoe calls for Simcoe County’s population to reach 555,000 by the year 2051, or 30 years from now.

We’re already on a trajectory that surpasses those targets. Simcoe County’s population in 2016 was 479,000, up 7.5 per cent over the previous five years. At that rate, the county can easily be expected to near 600,000 in just 15 years.

There are many voices crying out against this kind of growth. And it’s more than just NIMBY thinking; people objecting to seeing their quiet communities mutating into concrete jungles. Ontario Green Party leader Mike Schreiner said the Bradford Bypass would generate almost 87 million kilograms of greenhouse gases every year. The Rescue Lake Simcoe Coalition joined the Simcoe County Greenbelt Coalition in pointing out that the bypass would have negative impact on the Holland Marsh — one of Ontario’s prime sources of locally grown, healthy foods — as well as provincially significant wetlands and wildlife habitat.

The same pressure on farmland is being exerted across Ontario. In Hamilton, developers were eager to see the urban boundary of the city expanded across 1340 hectares of prime farmland. Encouragingly, the city recently voted to drop the proposed expansion after a survey showed the expansion was opposed by 90.5 per cent of the population.

This survey suggests that the political class is aligned more with developers, bankers, and speculators than with the people whom they theoretically serve.

Climate change is creating flood events with increasing frequency, and wetlands are proven buffers against flooding. Instead, the Ontario government has systematically stripped the teeth out of regulations that could protect sensitive wetlands and some of the most valuable, climate-resilient farmland in the country.

The dogma is that growth makes economic sense. It certainly does for developers, who stand to benefit mightily from access to all the farmland needed to house the projected population growth.

What can one person do in the face of this tidal wave of money and political momentum? The county already exceeds the ecological footprint that would allow it to be completely self-sufficient. And it’s impossible to just halve the population to a locally sustainable level.

We can try to keep growth in check. We can work to push for improvements to local policies that will reduce greenhouse gas emissions, to heed the message of COP26.

The pressure starts at the local level, and there are municipal and provincial elections coming up next year. It creates a great opportunity to put politicians’ feet to the fire, and elect candidates that understand the root causes of the climate crisis we face.

Attend all-candidates meetings and ask your elected officials if they have accepted donations from developers. Ask them whose side they’re on. Ask them to bring growth policies in line with goals to ease the threat of climate disaster.

Consider joining any of the organizations calling for better growth strategies, such as Canadians for a Sustainable Society, www.sustainablesociety.com, which has been working to bring no-growth philosophies into the mainstream.