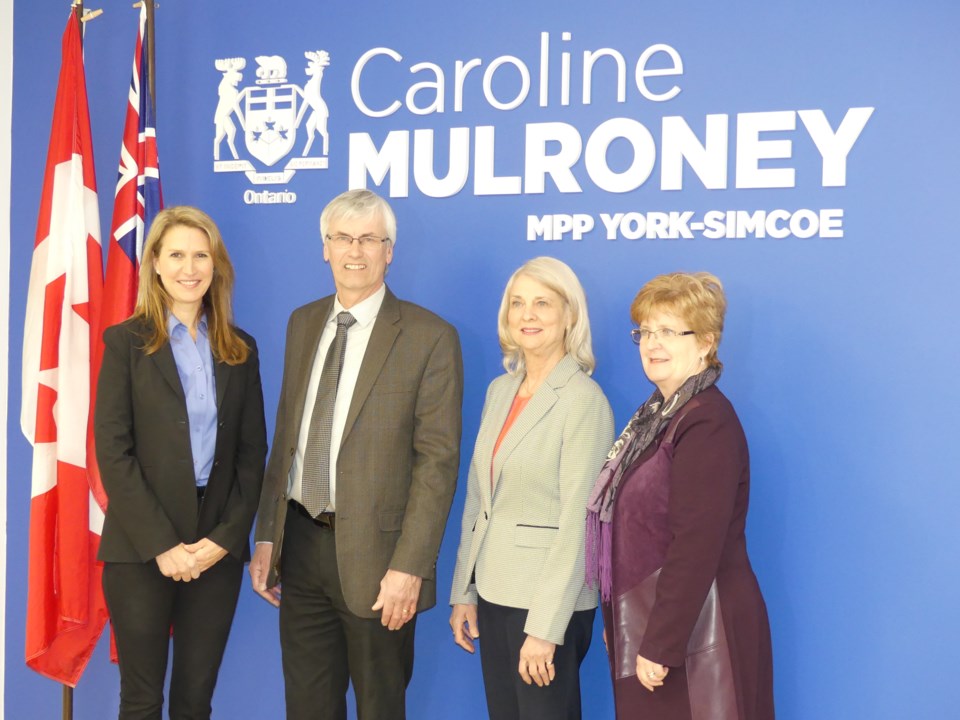 From BarrieToday, October 8, 2021
By Natasha Philpott

‘This project is of great importance as we need to be reducing the phosphorus load into Lake Simcoe. The health of Lake Simcoe is paramount,’ Margaret Quirk says

The proposed facility would reduce phosphorus runoff from the Holland Marsh agricultural area into the Holland River and Lake Simcoe by up to 85 per cent, removing an estimated 2.5 tonnes per year.

The facility would be built on the Holland River between Bradford and King Township.

“This is an important issue that we want recognized by the federal government, who has committed funds to it,” said Quirk. “Collaboration is key and by sending it to both federal and provincial levels, we want all partners at the table for this project.”

Last fall, the federal government committed $16 million to the $40-million project. But it is on hold because York Region was planning to include its $25-million portion as part of its overall Upper York Sewage Solution (UYSS) costs, which the province has paused indefinitely.

“We see this is as a separate issue from the Upper York Sewage Solution and it should be dealt with apart from the issues surrounding servicing,” said Quirk.

She noted the concern that the passing of the York Region Wastewater Act, introduced in June 2021, would put on hold the Environmental Assessment Application for the UYSS, thus delaying the project.

“This project is of great importance as we need to be reducing the phosphorus load into Lake Simcoe. The health of Lake Simcoe is paramount, and we must make improvements to its health both for the lake’s ecosystem and as a source of drinking water,” said Quirk.

The project has since made headlines with Durham Region and Innisfil also passing motions to endorse the project.

“The Holland Marsh basin collects runoff from across our region,” Scott said. “Farmers have done their part to ensure their activities are sustainable, and we need to have their backs and ensure we protect our watershed.

“Clearly, momentum is growing and like-minded councillors and area elected officials, as well as agricultural and environmental stakeholders, agree that we need all levels of government to work together collaboratively to deliver this much-needed facility in order to protect Lake Simcoe, the Holland River and our watershed,” he added. “The facility is a tangible way to deliver a win for the lake.

“This isn’t about politics or finger-pointing to various levels of government — it’s about getting something done to protect our lake.”

Neeson said he hopes Quirk’s letter will help get the project moving forward.

“Coun. Scott and I are pleased that Mayor Quirk is joining a growing coalition of watershed elected officials, citizens and stakeholders — from all political persuasions and walks of life – to come together in a meaningful way to demonstrably protect and improve the health of Lake Simcoe,” he said.

Neeson said he is also looking forward to further correspondence from the provincial minister of the environment conservation and parks while moving ahead on this “much-needed project ahead in a collaborative manner.”