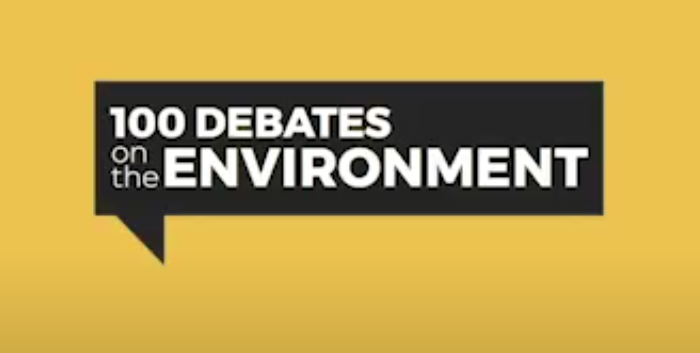 Barrie – On September 8, the Simcoe County Greenbelt Coalition and the Rescue Lake Simcoe Coalition organized all candidate meetings for Barrie-Springwater-Oro Medonte, Barrie-Innisfil and York-Simcoe to determine the parties’ commitments to Lake Simcoe, our local environment and climate action.  In the Barrie debates, all candidates from all invited parties attended while in York-Simcoe the debate was attended only by the NDP candidate. Neither Conservative candidate Scot Davidson or Liberal candidate Daniela Johnson explained their absence or replied to invitations.

Margaret Prophet, Simcoe County Greenbelt Coalition, “We help host these debates because the interaction between political representatives and electors is the backbone of a healthy democracy. We wanted to facilitate a conversation about issues that are important to our health, economy, and wellbeing. People have a right to know where candidates stand and how they would represent them.”

Top of mind in the debates was whether the federal representatives would use their influence over local decisions that would harm Lake Simcoe and the climate. All candidates made it clear that Lake Simcoe was a personal priority for them. When asked whether candidates would push for a Federal Impact Assessment for the Bradford Bypass, a 4 lane freeway in the Greenbelt and the headwaters of Lake Simcoe,  NDP and Liberal candidates agreed to use their influence to ensure proper studies are done to minimize impacts to the climate and the lake. Conservatives said that the Bypass should comply with the relevant legislation, but did not say whether they would push for a Federal Impact Assessment or not. Organizers were disappointed that neither the Liberal nor Conservative candidates in York-Simcoe, where the Bradford Bypass is proposed, attended the debate or spoke about the project.

Claire Malcolmson, Executive Director of the Rescue Lake Simcoe Coalition says, “The process the province has laid out for the Bradford Bypass is so murky that environmentalists have no confidence that the wetland and water are being protected. The Federal government must do an impact assessment if they are serious about protecting Lake Simcoe. It was good to hear clear commitments to ensuring the Bradford Bypass gets proper scrutiny from the NDP and Liberals.”

Parties also shared their plans for saving Lake Simcoe. Conservative’s Shipley and Brassard support a $30 million Lake Simcoe Clean Up Fund;  Saari cited the Liberal’s plan to invest $1 billion into a freshwater protection plan, which would include Lake Simcoe; and Barrie-Innisfil Liberal candidate Wilson noted the need for infrastructure projects that decrease phosphorus loads to the lake.  NDP’s Gostkowski and Lochhead shared plans to protect more green space, increase green infrastructure and to assemble a coalition of local NDP candidates to vote as a block in Parliament in the interest of Lake Simcoe.

Malcolmson was heartened to hear the right sentiments, but notes that Lake Simcoe is in dire need of help from all levels of government to deal with increasing urbanization, loss of natural areas, phosphorus loading and chloride contamination.

“All parties say they care about Lake Simcoe, but nice words and tinkering around the edges isn’t going to cut it.  We need the federal government to commit funds and use their influence to stop sprawl, new highway building and loss of green space, especially when the provincial government  is actively promoting those activities.”

The debates also sought to hear the level of dedication parties have to the science of, and actions needed, to address climate change.

Shipley and Brassard said they care about climate issues and want to do what they can.  They outlined the Conservatives’ efforts to ban the export of plastic waste, raw sewage dumping (which does not happen in the Lake Simcoe watershed) and their plan to invest in infrastructure projects such as public transportation in urban and rural communities.

NDP candidates were clear that dealing with the climate crisis and spending what is necessary is still cheaper than doing nothing or taking half measures.  The NDP candidates also spoke of creating independent federal institutions to oversee climate actions and to ensure that climate action would not leave marginalized people behind.

Liberal candidate Wilson pointed out that investments need to be made that decrease our emissions, not exacerbate them. The Liberal candidates also noted that their Party is committed to investigating the links between climate change and the disproportionate impact on marginalized communities and plans to propose two bills directed at reducing environmental racism.

Prophet, “If people think that this region will be spared from climate impacts, they are dead wrong. The climate crisis is here from increased storm events and droughts, to worsening water quality and invasive species. Scientists have outlined that the climate crisis presents a greater public health and economic threat than COVID.  We are losing time to take the action that is required to protect people and livelihoods within and beyond our borders. This election needs to be a turning point.  It’s imperative that we all vote and vote for strong climate action. Thanks to those candidates that came out to address these important issues.”

The debates were recorded and people can watch them in full to hear more about where the candidates stand.  To view the recordings: