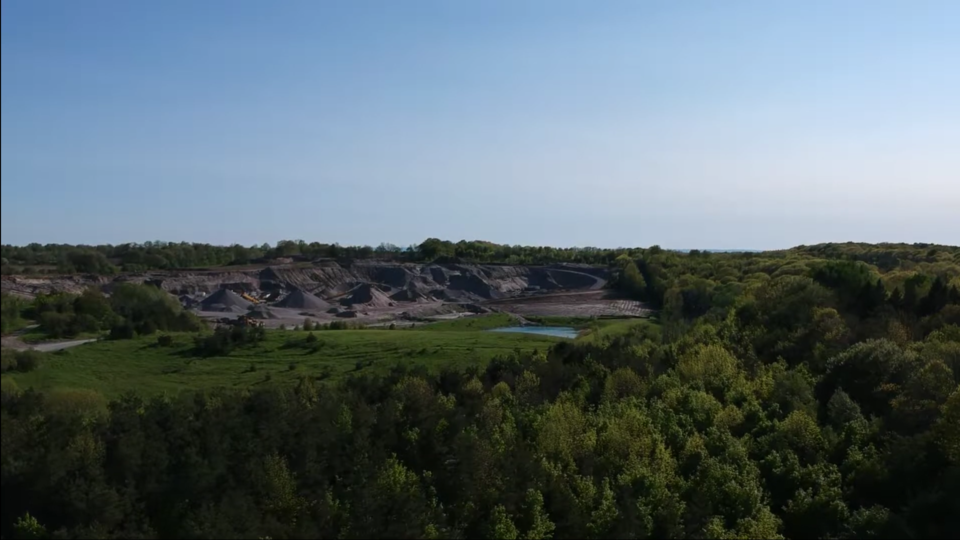 A view of the Teedon Pit on Darby Road in Tiny Township.

‘To expand such operations would be a crime against future generations, against our grandchildren and beyond,’ says University of Guelph hydrogeologist

A resident’s plea to stop an aggregate pit just didn’t float with all of Tiny Township council.

Three requests by Anne Ritchie Nahuis, in regards to the contentious Teedon Pit extraction, were defeated by council during a recent committee of the whole meeting.

Ritchie Nahuis appeared virtually before council last month to give a deputation regarding a letter she had sent to the township, chiding them for dragging their feet in halting the potentially aquifer-damaging issues at 90 Darby Rd., known as the Teedon Pit.

In her deputation, Ritchie Nahuis offered three solutions to council to remedy the situation, which ran parallel to the three means in which landfill Site 41 was halted in 2009, a controversial proposal which Ritchie Nahuis also opposed.

The three requests included: that a moratorium be placed for any new or expanded aggregate extraction and/or water takings in the Waverley upland area; that the voices of Ritchie Nahuis’ group ‘Friends of the Waverley Uplands’ would be shared with politicians of higher levels in government; and that a partnership with proposed research be created.

“I support a request for a moratorium because I really think that it aligns itself well with our two principle statements that we adopted back in January,” said Coun. Tony Mintoff. “I really do believe that we should do whatever we can to separate these two activities: the preservation of our clean water and aggregate-producing operations.”

Coun. Gibb Wishart also expressed support for the deputation, citing a proposed groundwater study which could begin next year.

“I would be very much in favour of holding up the train until that water study is completed by the professors,” said Wishart.

To staff, Coun. Cindy Hastings asked about the status of the water study, and was informed by the director of planning and development, Shawn Persaud, that the lengthy application process was still in motion.

Mayor George Cornell summarized the call for experts over the past months.

“It’s not an indication that we don’t value the water; for me, it doesn’t have to be the purest water in the world. Any water is a significant resource for us and a significant valuable asset, so we are concerned about protecting the water,” said Cornell.

He added that in addition to already identified information, along with the appeals and extra mitigation asked of the proponents, he was comfortable with council’s decision.

In conclusion prior to council’s vote, Mintoff directly referenced the words of Dr. John Cherry, hydrogeologist and professor at University of Guelph, during the scientist’s deputation to Tiny Township council during a special meeting earlier this year.

In speaking to the rarity of recharge areas on aquifers that contain pristine groundwater, Cherry stated that preservation of Tiny’s waters should be of the highest priority.

“Therefore, current operation on French’s Hill should be viewed as inexcusable. However, to expand such operations would be a crime against future generations, against our grandchildren and beyond. There are no shades of grey on this, this is a matter of right versus wrong,” said Cherry.

Council voted to accept Ritchie Nahuis’ deputation as information, meaning no action would be taken on her requests.