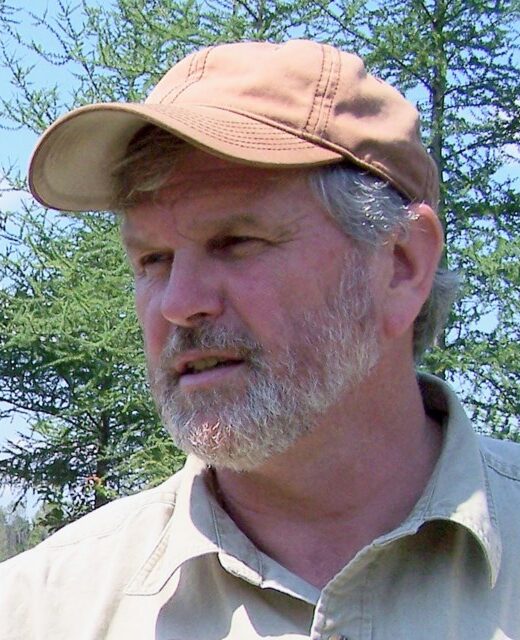 ‘My way is to let everyone know why these protesters are protesting. If they are not aware, they don’t get it and they won’t care,’ says David Hawke

A longtime outdoors educator and columnist has been recognized with an Ontario Nature Conservation Award.

Oro-Medonte resident David Hawke has received the Richards Education Award for his decades of educating people about nature through his roles at the Wye Marsh Wildlife Interpretive Centre and the Tiny Marsh Provincial Wildlife Area, as well as his work as a part-time instructor at Georgian College and Lakehead University.

Ontario Nature also cited Hawke’s weekly nature column as a factor in his winning the award.

“It was a pleasant surprise when they let me know,” Hawke said of learning he had won the award. “Educating others about nature has always been my thing. It’s a passion for me — a calling, if you will.”

Hawke has never been “a placard-waving environmentalist,” he said, but he respects those who are and he sees his role as an educator as being supportive of them.

“My way is to let everyone know why these protesters are protesting,” he said. “If they are not aware, they don’t get it and they won’t care.”

His nature columns have been running in the region since 1989, when he made his debut in Huronia Sunday. Then-editor Sally Gower told him not to approach his column with a “doom-and-gloom, we’re-all-going-to-die” perspective, but to keep it simple and inform people about what was in their backyards.

“I’ve stuck with that,” Hawke said.

After years of writing his column for the Packet & Times, the paper closed in November 2017. That didn’t stop Hawke, who continued to write weekly and share his work with a group of interested readers.

He was able to once again reach a broader audience when he began writing his column for OrilliaMatters in March 2018.

He is known for his conversational, light-hearted style of writing. That’s his approach to all of his educational work regarding nature, and he gives credit to the director of the Wye Marsh Wildlife Interpretive Centre when Hawke worked there.

“He said, ‘We have to educate like Sesame Street. It’s got to be fun,’” he recalled. “If you just spew facts, they won’t listen or won’t care.”

Hawke sees the Richards Education Award as a sort of “lifetime achievement award,” and he has a resumé that can back that up.

After starting at Wye Marsh as a maintenance worker in 1979, he was hired as a naturalist once word got back to the bosses about his enthusiasm for educating visitors.

He took on a similar role at Tiny Marsh for 10 years, and then worked as a rural community adviser for the Ontario Ministry of Agriculture, Food and Rural Affairs.

He continued to find new ways to share his love for the natural world when he was invited to join Bayview Wildwood Resort, where he led nature tours.

He went on to do that job and more at the Muskoka Sands resort — now known as Taboo — near Gravenhurst.

After nine years there, he joined the Severn Sound Environmental Association as a water technician.

Being able to inform people — many of them young school kids — about the environment in various roles has been fulfilling for Hawke, but he does have one regret: He didn’t get to educate municipal politicians.

“What if I spent those two hours in a council chamber? That’s where the decisions are being made,” he said, adding many politicians are “naive” about the implications their decisions can have for the environment. “I would’ve loved to have been able to present some sort of educational program to our politicians.”

Now, he hopes they’re reading his column as a way to educate themselves.

Hawke said he shares the Richards Education Award with all of his fellow outdoors educators.