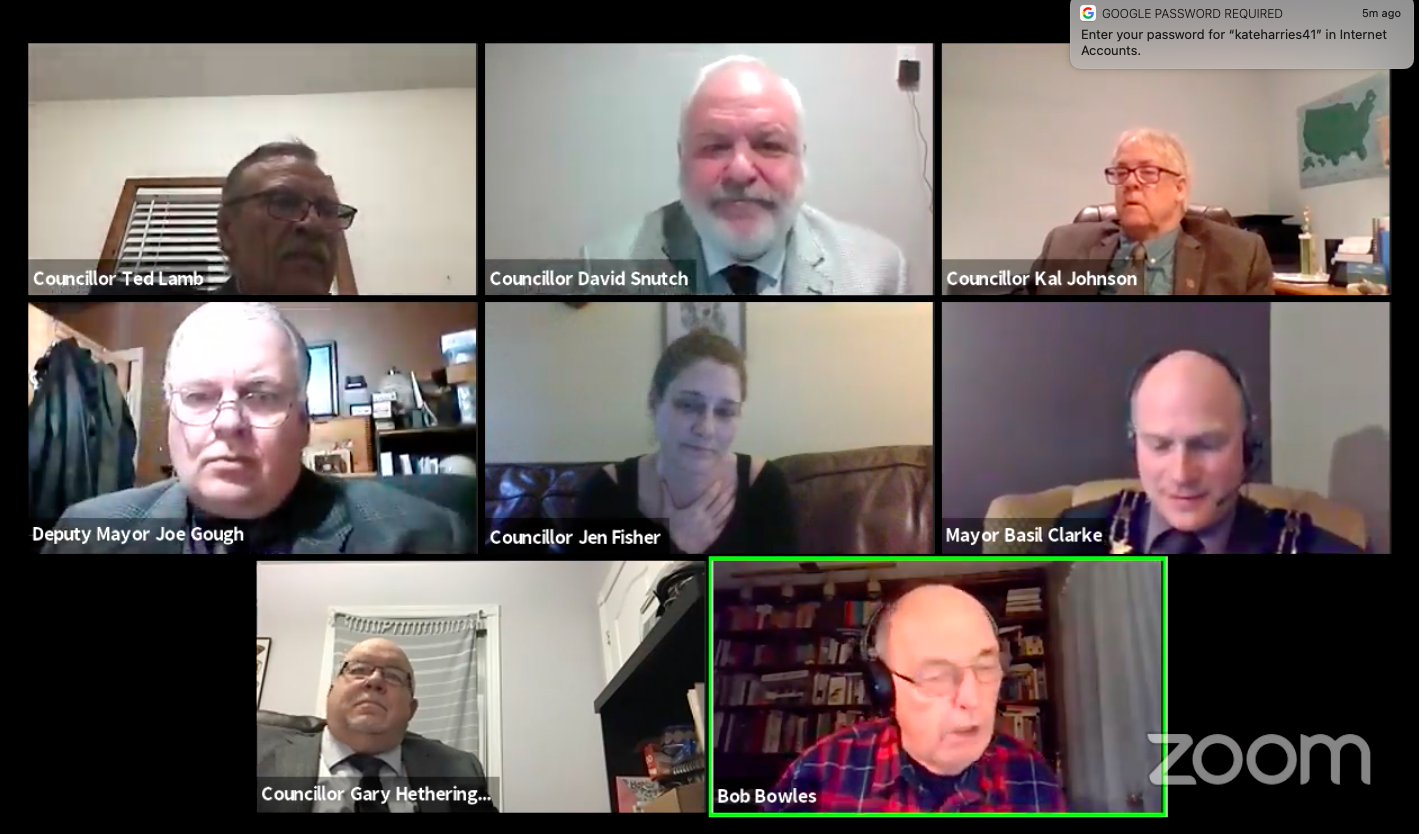 ‘This is about protecting residents and our own investment in this community,’ resident says; Township deferred decision until more information is available

Ramara council deferred a decision at this week’s meeting on whether to put a road allowance up for sale, but not before hearing more concerns about work that’s been taking place at an airport in the township.

“We are concerned about council’s decision to declare a municipally owned road allowance — land that is provincially significant wetlands — as surplus,” she said.

“We would be directly and immediately affected by any adverse consequences resulting from a change to the wetlands.”

Changes have already occurred. The township and the County of Simcoe issued stop-work orders after trees were cleared, without a permit, in a wetland in preparation for a new runway at the Orillia Rama Regional Airport, which wants to purchase the unopened road allowance.

“If the flood levels we have lived through in the past increase ever so slightly — inches, in fact — the impacts would be dramatic,” Steeves said, noting the associated costs, including repairs and providing sandbags, have to be picked up by township, while property owners have to pay for any repairs to their homes or cottages.

She noted research by the Ministry of Natural Resources and Forestry shows when wetlands are left in their natural state, flood damage can be reduced by up to 38 per cent in rural areas.

“It is our hope that this council will consider the protection of our community a use (for the road allowance) and as much as driving a car over it or launching a boat from it a use — and a use that is important enough that it weighs heavily on your decision whether or not to deem this parcel of land as surplus,” Steeves said.

Council then heard from Bob Bowles, a local naturalist who is certified through the Ministry of Natural Resources and Forestry as a wetland evaluator. He drove home the importance of wetlands.

“Your Mud Lake wetland was doing a great job. It was really helping you with that water coming down from the Black (River). You won’t have that this spring if the Black has a big year with lots of rain,” he said, noting the removal of the trees has already made the situation worse.

“This was done quickly and the devastation was, sadly, worse than I’ve ever seen anywhere else, and I’ve seen a lot of wetlands.”

Some of the trees that were cut down were more than 100 years old, Bowles said, and they served in the wetland as a filtration system and to mitigate flooding.

“Cutting the trees off has killed the whole process of that pump. You couldn’t have a better pump to drain a wetland than a large tree like that,” he said. “Yes, the roots are intact, but they’ve been rendered useless now because the roots can’t put that water anywhere now.”

It will also “exacerbate the algae growth in Lake St. John because this is all draining toward Lake St. John,” he said.

Bowles also warned of the area becoming prone to invasive species that thrive in open spaces.

“It’s just opening it up for invasive species and rendering it ineffective for flood control,” he said.

He doesn’t want council to sell the road allowance.

“Controlling that road allowance controls everything that happens there,” he said.

Council voted in favour of deferring a decision on declaring the road allowance surplus until more information can be gathered.

Mayor Basil Clarke said that will include a review involving the county, province and federal government to answer questions about who has jurisdiction on the federally regulated airport property, and to determine what type of work the airport owner is permitted to undertake.

Later in the meeting, council dealt with a request from the airport for a fill permit. Clarke noted it would apply to fill that has not yet been trucked to the site and it would be used for hangars and ramps, not the runway. The airport cannot use the fill that has already been brought on site for the runway.

Coun. David Snutch noted the township’s fill bylaw requires a public meeting if the request is for more than 10,000 cubic metres of fill.

That doesn’t apply to federally regulated land like the airport, Clarke said, noting the township can only control the quality of the fill, not how much is used or what it is used for.

Council approved the fill permit, with Snutch being the only to vote against it.