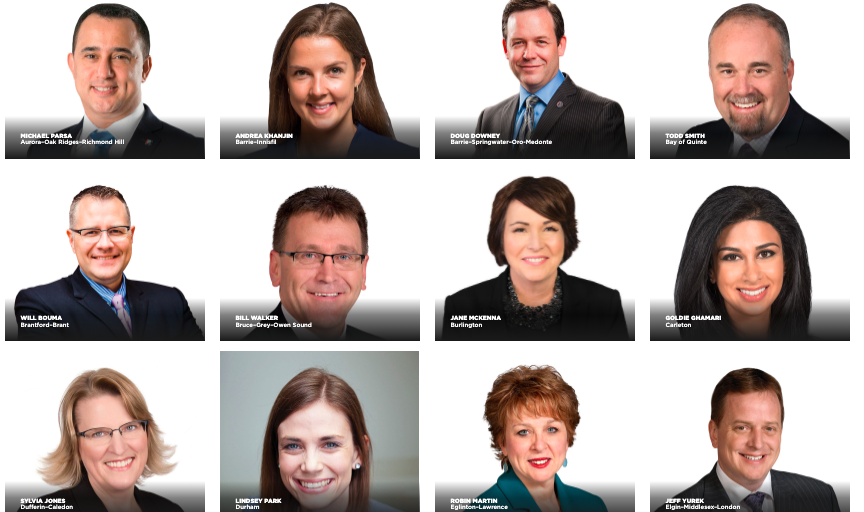 Update: this is the recorded vote in favour of Bill 229. 220_December_08_2020_Votes Three of the provincial representatives of Simcoe County, home to the world’s purest water, voted in favour of this assault on water: Doug Downey, Jill Dunlop and Andrea Khanjin. Caroline Mulroney and Jim Wilson were not present.

For six hours Monday in the Ontario legislature, MPPs debated Bill 229. Messages were read out from Margaret Atwood, Sarah Harmer and many ordinary citizens, urging withdrawal of Schedule 6. New Democrats, Liberals and Green Party leader Mike Schreiner showed passion and  a depth of understanding of our province. PC MPPs responded with talking points and did not mention Schedule 6, even when directly questioned on why it was being brought forward. For most of the afternoon and evening, the government front bench was empty. On Tuesday, December 8 2020, after a short debate, the House voted 54-33 to give Bill 229 including Schedule 6 third reading.

Hey MPPs, listen up! We don’t want you to limit the role of conservation authorities

“Who wants this?” asked Liberal MPP Mitzie Hunter (Scarborough-Guildwood). Speaking at Friday’s meeting of the Standing Committee of Finance and Economic Affairs, she noted that “Nobody came forward and sat in front of the committee and said they wanted the role of the Conservation Authorities diminished.”

With no one speaking out in favour of the measures that the PC committee members were voting to pass, it’s clear that all the decision-making has taken place behind closed doors, hidden from public scrutiny. Why? Why has there been no posting on the Environmental Registry, no public consultation and why were the most recent amendments brought in overnight Friday, in many instances broadening the flagrant dismantling of Ontario’s protective environmental legislative framework.

As the following Open Letter to MPPs from the Canadian Environmental Law Association makes clear, the line-up of opposition to Schedule 6 of Bill 229 represents a wide swathe of those who are responsible for land use planning to safeguard Ontarians’ safety and prosperity – including the Association of Municipalities of Ontario, the Ontario Federation of Agriculture, the Big City Mayors, the Federation of Ontario Cottagers Associations, Conservation Ontario and a host of environmental organizations.

An Open Letter to Ontario’s Members of Provincial Parliament re Schedule 6, Bill 229

The decision is now in your hands. You can vote to remove Schedule 6 (proposed changes to the Conservation Authorities Act and other consequential amendments) from Bill 229 (the proposed Protect, Support and Recover from COVID‐19 Act (Budget Measures), 2020) at Third Reading. Demonstrate that you are listening and have heard the 10’s of thousands who have expressed their concerns.

Building climate resilience is crucially important for Ontario’s long‐term economic recovery. There is deep and broad public interest in ensuring that the current mandate of the province’s 36 conservation authorities is maintained and enhanced.

The Ontario Government has named Bill 229 the Protect, Support and Recover from COVID‐19 (Budget Measures) Act, 2020. The proposed amendments to the Conservation Authorities Act and other consequential amendments contained in Schedule 6 of Bill 229 are not related to protecting or supporting residents of Ontario during the pandemic. Further, Schedule 6 does not offer any assistance to residents of Ontario with respect to recovery. In fact, there will be no budgetary implications for the province associated with removing Schedule 6, as there was no spending announced associated with the operation of conservation authorities.