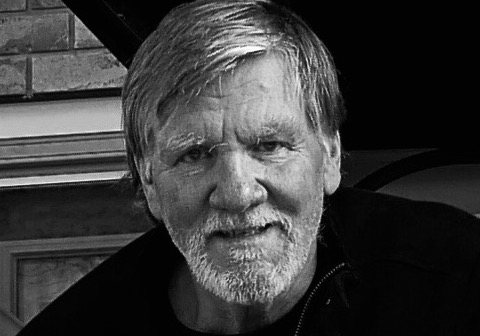 Update: a Celebration of Life for Jonathon Shore will be held at 1 – 2:30 pm on Saturday, February 8 2020 at New Life Church, 28 Tracey Lane (off Hurontario St.), Collingwood.

It is with great sadness that we report the death of Jonathon Shore who, with his partner Elizabeth Dods, played such an important role in our defeat of Dump Site 41, the landfill that was to be built atop what has been identified as the purest water in the world.

“This was a time in my life that so many incredible, spectacular people made mountains move. Jonathon was truly one of those people,” said Steve Ogden, one of the many “water warriors” who responded to the call to protect the water.

“His wise words of advice and support on subjects that he mastered with matter-of-fact ease allowed me to move in directions that were absolutely foreign to me.”

Steve, who now lives in Humphrey, added: “My feelings on how people respond to everyday challenges can be summarized like this. ‘Bad things happen when so-called good people choose to remain silent.’ Jonathan truly was a good person who instinctively chose to fight the good fight. I will miss him.”

Jonathon became involved in May, 2009, after the Anishinaabe Kweag set up camp opposite the entry to Site 41. It was the 11th hour – for 25 years, Ogden and other locals had been fighting the plan to bring all the County’s garbage to Tiny Concession 2.

Jonathon and Elizabeth and their two dogs were familiar figures at the camp site. As Jonathon’s background was in public relations, he was tasked with helping to get the word out to the media. Jonathon was a straight-shooter, politically astute and a fast worker and so was all over the Site 41 story, pouncing on any opportunity to bring our cause to a wider audience.

For example, one time when it was important to get the message out fast occurred in August 2009, when Simcoe County’s communications staff issued a mendacious news release claiming that a dozen “natives” wearing black bandannas had intimidated county staff. With his help, we were able to quote the OPP stating this had not happened and squelched the slur immediately. The release was soon removed from the County’s website, but the County never apologized for its racist propaganda.

And then in the fall of 2009, we won. When the Site 41 group morphed into AWARE Simcoe, Jonathon focused on his business, but continued to contribute on other environmental issues. As an associate of his, former Springwater Mayor Bill French, recently noted on LinkedIn, Jonathon had been effective in communicating the follies of two major projects that were potential environmental disasters and would have contaminated major water systems and aquifers for future generations.

In his support for the Site 41 group and NDACT, the organization that successfully fought the mega-quarry proposed for Melancton Township, “Jonathon has the unique ability to quickly grasp and understand any situation and develops an effective plan to provide a clear and concise message for all to understand,” Bill wrote.

Jonathon also did a lot for other organizations with his communications talent, including The Institute of Southern Georgian Bay and Georgian Triangle Lifelong Learning Institute, said David Green, chair of the GTLLI. “He was always happy to help and use his talents and connections.”

Jonathon’s family came from Finland. He grew up in Sudbury and one of his first jobs was going down the mine for Inco. A varied career that included training horses finally brought him to our area where he worked as a media and marketing consultant for a number of businesses and non-profit organizations. A recent initiative involved Critel Strategy Group.

He and Elizabeth were living in Wasaga Beach during the Site 41 days. They carefully tended the grasses and shrubs that held the dune in front of their cottage, and their environmental sensitivity was recognized with a sign from the Lake Huron Centre for Coastal Conservation.

Jonathon ran the AWARE Simcoe Twitter feed. His last post there was on January 12. He died of natural causes at the age of 68 on January 14 2020 at his home in Collingwood. We will all miss this gentle giant of a man. He leaves his partner Elizabeth and daughter Sybil Shanahan and was a loving step-dad and step-grand-dad to Elizabeth’s three children and five grandchildren.