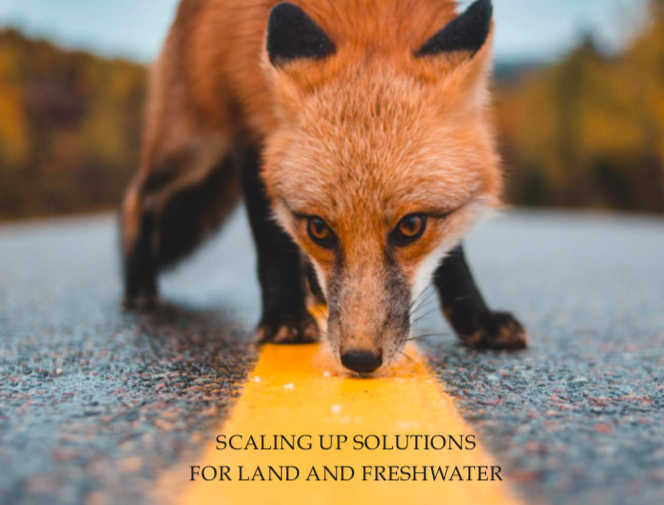 News release from the Canadian Parks and Wilderness Society

In advance of Canada Parks Day, the Canadian Parks and Wilderness Society (CPAWS) is welcoming Canada’s efforts to meet our 2020 land protection commitments and urging the federal government to champion ambitious, evidence-based conservation targets for the next decade that will tackle the on-going catastrophic and accelerating decline of nature.

In its latest report, Canada’s Nature Emergency: Scaling up Solutions for Land and Freshwater, CPAWS calls on Canada to champion a global goal of protecting and restoring half the earth, with a milestone target of protecting at least 30% of land and freshwater by 2030, and to commit to this at home.

Under the UN Convention on Biological Diversity, Canada has already committed to protecting at least 17% of land and freshwater by 2020. In 2018 the federal government committed over $1.3 billion for nature conservation – the largest such investment in Canadian history – and brought together public governments, Indigenous peoples, NGOs and other partners to work together towards this target.

With a year and a half to go, and only 11.8% of Canada’s land base protected, there is still more work to do. However, with many protected area projects underway, CPAWS is optimistic that Canada can deliver on this commitment by 2020 or shortly thereafter, setting the stage for more ambitious conservation goals for the next decade.

“As countries start to negotiate the next decade’s strategic plan under the UN Convention on Biological Diversity, Canada is well-placed to champion goals that reflect the enormity of the nature and climate emergencies we face globally and in Canada,” says Alison Woodley, CPAWS Strategic Advisor. “We are calling on Canada to step forward to help lead the global effort to tackle these interrelated crises, and to commit to greater action at home.”

A May 2019 assessment by the Intergovernmental Science-Policy Platform on Biodiversity and Ecosystem Services (IPBES) found that nature is declining “faster than at any time in human history,” with 1 million species facing extinction, many in the next decade, unless transformative action is taken. The assessment concluded that the primary driver of this crisis is habitat loss and degradation due to human-caused land use change.

“The evidence is clear that protecting and restoring much more habitat needs to be the foundation of our efforts to save nature, which is also critical to our own future well-being,” says Anna Pidgorna, Senior Conservation Coordinator for CPAWS. “Protecting and restoring at least half of the landscape in well-designed and managed conservation networks is the most reliable way to ensure that Canada’s, and the world’s, nature and wildlife will endure.”

Canada needs to triple the amount of protected land and water to tackle ‘nature emergency’: report