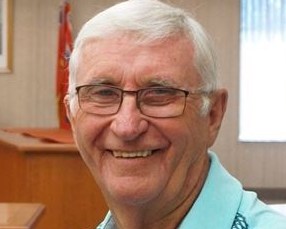 Ward 3 residents don’t have to cast a ballot in a municipal election in order to send a message to their local representative.

Longtime Ward 3 Essa Coun. Ron Henderson considers his recent acclamation — his second since he was first elected to council in 1994 — as a resounding vote of confidence from his constituents.

Henderson, a 71-year-old Baxter resident, who worked as a steamfitter at Base Borden for 35 years, was acclaimed in his second term in 1997. He lost the following election bid in 2000 to Terry Dowdall, who would go on to become deputy mayor and mayor. Voters returned Henderson to office in 2003, and he has been at the council table ever since.