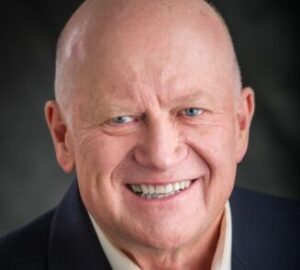 To provide some perspective and background I am including excerpts of the comments I made at the February 27, 2018 meeting of the Compliance Audit Committee as a backgrounder. The purpose of that meeting was to decide whether they would proceed with a second audit of my 2014 election expenses. The words within the quotation marks and in italics are what I said at the meeting.

“What is the purpose of a Compliance Audit? I believe it is intended to ensure that no one had an unfair advantage in an election with regard to spending or fund raising. The Courts support the notion that the intention of the Act is not to upset the will of the electorate. You as a committee met in July of 2015, accepted presentations from Mr. Siegel on behalf of Mr. McLean and I presented on my own behalf. The only detailed comments noted in the minutes were provided by Chair Barlowe outlining reasons why an audit would not be justified.”

Ignoring Chair Barlowe’s detailed comments and reason not to conduct the audit, on a 2 to 1 vote, the Committee ordered the Audit and Grant Thornton was appointed to undertake the audit.

My Comments on Feb 27th continued: “Now to the October 2015 meeting where the Committee received the Grant Thornton Audit report. Mr. Siegel argued the audit was not conducted by an individual auditor and expressed a concern about my acknowledgement on the engagement letter. I think those points were addressed in the recent Jan 2018 Judicial Review written decision. Justice Molloy suggests the concerns were more of an irregular or optics nature rather than a matter of substance. However, you as a committee were swayed to request another audit. Since both my lawyer and later the Township lawyer believed the committee overstepped its jurisdiction in the Act, I launched an application for a Judicial Review in December 2015 which was heard in Dec 2017 and dismissed in January of 2018 on the grounds of prematurity.

“On the way from my December 2015 application, until now, we have seen a variety of activities that have delayed the process. In July 2016, Mr. Siegel, on behalf of McLean filed, an application for a Judicial Review of the Compliance Audit Committee’s original engagement of Grant Thornton. This delayed proceedings somewhat, as it was determined by Associate Chief Justice Marrocco that hearing both Judicial Reviews together may be more efficient and less costly. Grant Thornton then requested that the McLean application be dismissed adding a new wrinkle and time. The McLean/Grant Thornton application was heard and dismissed in January 2017. Justice Kiteley in her decision in 2017 suggested a conference with Chief Justice Marroco to see if there was a settlement that could be reached as she noted the considerable expense to the parties and the ratepayers. All representatives conferenced with Justice Marrocco in the summer of 2017 and a solution was proposed which Mr. McLean, the Township and I were in agreement, but the committee rejected the offer. Is this an example of what Justice Molloy stated in her recent January decision, “It (referring to the Committee) misconceived its role before the court” and goes on to say, “A tribunal ought not to compromise its neutrality and impartiality by taking an active position in opposition to one or more of the parties that appeared before it.” Is that not what the committee has done?”

The point of these comments is to counter the rumor mill that I was the cause of the Township incurring all the legal expenses. As you can see the other players triggered most of the delays and costs in the process.

My Comments on Feb 27th continued: “I challenged Clerk Daly at the beginning of this process in July 2015 on Mr. McLarty being on the Committee. I was in receipt of an email showing that Mr. McLarty distributed Mr. McLean’s election video to at least one local resident during the 2014 campaign which, if nothing else, could be perceived as having some bias for the applicant.” I raised this point as the terms of reference to be a member on the committee clearly state that members are not permitted to be involved with a candidate’s campaign and the evidence suggested he did.

The Committee at the February 27th 2018 meeting asked no questions following this presentation and the Chair was absent for the meeting, so the two members proceeded to have a second audit performed by Ken Froese Forensic Partners. I question the due diligence of the Committee at this meeting.

Since the ordering of the audit, Ken Froese Forensic Partners completed the second compliance audit and submitted a report On May 7th 2018. The findings were virtually identical to the Grant Thornton Report from 2015 with the Froese report showing a lower expenditure amount by about $80 leaving me still about $5,000 under my spending limit. The Committee met on May 25th, 2018, accepted comments from lawyers Siegel on behalf of McLean and Austin on my behalf and decided to order legal action for the minor errors and omissions reported in both the Grant Thornton and Froese report. That in my view was a disproportionate decision considering the minor irregularities. As stated by the Auditor, there were no concerns about three key areas they look for during an audit which might suggest appropriate legal action. Ken Froese at the recent May 25th meeting stated; during the audit they found no unfair advantage or undue influence by me during the 2014 campaign. They stated that I was totally transparent and the irregularities were in plain sight and not hidden or obscured. They found no issues of integrity with my conduct during the campaign. They also commented that both myself and spouse fully cooperated with the audit process and provided detailed records to respond to all questions. Since there were no major issues, the Committee`s decision to proceed with legal Action is inappropriate and unbalanced and if you want to say it smells, well it reeks.

On June 18th this month, the Committee met again and appointed a prosecutor who will now review the file and decide if any charges should be laid for the errors and omissions in my original filing in 2015. The best analogy I have is that this aggressive move by the Committee is like being stopped for driving 82 in an 80, but the officer wants to charge you with dangerous driving. I am not sure how long this part of the exercise will take.

I would be pleased to answer any questions or share information on my 2014 campaign with any party or individual as the audit part is now complete with three audits behind us, two of which you paid for to find minor errors and omissions. Is this a witch hunt? I believe it is.

The audit, in my view, was never for any worthwhile intent but was intended to intimidate me and hopefully have me resign because of the pressure and personal costs. But knowing some of that back room mentality and the special interests of some major players in our Township that fought hard to stop my bid for Mayor in 2014, I cannot say all of this is unexpected. The only disappointment is that my opponent this Fall, who is trying to undermine me, is using this as election campaigning fodder. Except for parroting my Vision since the last election, he and his running mate, seem to have little to offer except for a lot of chatter and I don’t see that changing much. They might be good at whisper and gossip campaigns, which they excel at, but that is definitely not the sign of leadership. I have to suggest they are more interested in exploiting my compliance audit matter for their own political gain than for the good of the people.

I am proud that I, as your chosen leader, have succeeded in creating the most transparent and open local government in a very long time, and working together, this Council has accomplished a lot in the last four years. I hope to continue to provide the Leadership we deserve and the shared Vision we have all created.

I do thank those that see through this whole charade and continue to support our shared Vision of a better Springwater. A special acknowledgement and appreciation to my wife, who for the last 50 years this July, has supported me in both the thick and thin, as they say, and if nothing else, our life has definitely not been boring. Thank You – Bill French