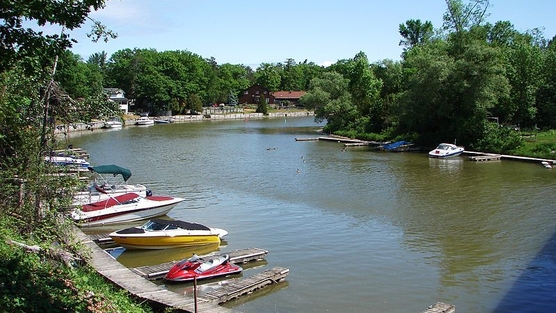 In a September 30 report to Mono Council, Nottawasaga Valley Conservation Authority  member Fred Nix details extraordinary  features of the process used in an conducting an efficiency audit of the authority.

Board members have not been allowed to have copies of the efficiency audit report, only being allowed to read it in the presence of NVCA chair Nina Bifolchi, writes Nix.

The audit report has yet to be released publicly and has not even been read by most board members; nor has it been released to staf, Nix writes, adding that what is posted on the NVCA website is merely a “sanitized” summary.

Nix is a Mono councillor seeking re-election. Bifolchi is a Wasaga Beach councillor running for the position of deputy mayor in that town.

Nix says that he and other board members were nervous about having consultant Tom Gazda present his preliminary findings at a behind-closed-doors board meeting in May.

“We, however, were in a difficult position to argue against the motion to go in-camera as no advance material about the audit had been provided to board members,” Nix writes.

“As best as I can remember this is the first time in my almost 23 years on the board that members have been treated this way.”

Nix writes that as he had reported previously to Mono council, most of what was discussed in May was not properly something that should have been discussed in camera.

In June, the efficiency audit was again dealt with behind closed doors and, again, board members received no material in advance of the meeting. The same lack of material in advance occurred in July, where discussion was about identifiable individuals so, Nix writes, there were valid reasons for going in camera.

The August meeting, at which board members were asked to approve Gazda’s 26 project recommendations, was “tumultuous.”  The end result was that the board would only “receive” the recommendations.

Nix comments: “My guess as to why some of us were able to stop and/or slow down the stampede is that this August meeting was held in public, there was a large contingent of the public in attendance (and protestors in front of the building) and the press was in attendance with TV cameras rolling.”

For more reports on NVCA go to the Agencies button on the menu bar of this website and click on Nottawasaga Valley Conservation Authority.