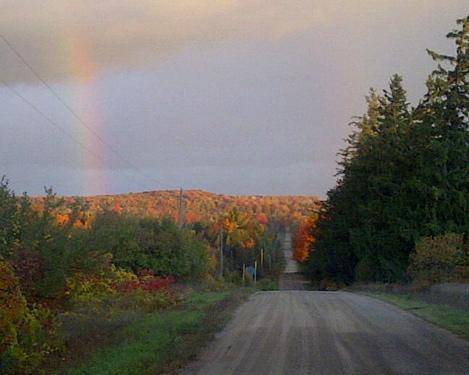 Anti-sprawl candidates have swept to office in two battleground municipalities in Simcoe County.

Not even a message from Premier Kathleen Wynne could save the pro-development incumbents in Springwater Township. The people spoke with a clear voice in a campaign that focused on a proposed 10-fold expansion of the village of Midhurst, north of Barrie, electing newcomers Bill French and Don Allen as mayor and deputy mayor.

Voters were unintimidated by massive attack advertising, in local newspapers and through flyers, from a developer group headed by the well-connected Geranium Corporation. French was backed by a coalition of citizens’ groups that included AWARE Simcoe, the Midhurst Ratepayers Association and the Nottawasaga Steelheaders. The MRA endorsed a slate of candidates that included Allen.

French and Allen have undertaken to modify the Midhurst proposal and promised to ask the province to repeal a “Special Rule” that set aside provincial legislation that would have prohibited the Midhurst development. That prompted incumbent mayor Linda Collins to write to Wynne, and Wynne to reply, in a letter that was seen by many as an inappropriate intervention in a local campaign, stating that she does not plan to review the Special Rule.

In an equally dramatic upset, the new mayor of Bradford West Gwillimbury is dairy farmer Rob Keffer, who trounced incumbent Doug White – a brash proponent of the sprawl that has consumed farmland in the south end of the county.

Another stunning result came in Tiny Township, where the issue of beachfront access has long pitted shoreline property owners against inland residents.  In recent years, the powerful Federation of Tiny Township Shoreline Associations has held sway. In election after election, using mail-in ballots, cottagers were able to elect a slate of candidates selected by FOTTSA.

But something went wrong this time: the FOTTSA slate was trounced (only one of their choices, Richard Hinton, was elected councillor). Deputy mayor George Lawrence has failed in his bid for the mayor’s seat, and councillor Andre Claire lost the race for deputy mayor. The powerbrokers turned out to be incumbent mayor Ray Millar (who is not seeking re-election) and former mayor Peggy Breckenridge; the two proposed a rival slate. Former councillor George Cornell and political neophyte Steffen Walma will head the new Tiny council.

Besides French and Keffer, AWARE Simcoe endorsed a third candidate – Gary Cerantola in Wasaga Beach. Cerantola, in his second run at a seat on council, was defeated in the deputy mayor race by councillor Nina Bifolchi, who comes from a family with roots in the local development industry. Bifolchi became the focus of controversy for her role as chair of the Nottawasaga Valley Conservation Authority where long-time CAO Wayne Wilson was ousted two months ago.

But Wasaga Beach signalled a desire for change by rejecting incumbent mayor Cal Patterson. The veteran municipal politician and Simcoe County warden placed third. The new mayor is Brian Smith, who comes to municipal politics from a business background.

Nothing, however, matched the astonishing desire for change demonstrated in Orillia: not a single incumbent was elected. Businessman Steve Clarke won the mayoralty , taking 90 per cent of the vote in the absence of serious opposition.

There are new brooms in Clearview, where incumbent mayor Ken Ferguson is retiring. Deputy mayor Alicia Savage was foiled in her bid to replace him by Christopher Vanderkruys, who works at the Barrie Public Library. Clearview’s new deputy mayor will be businessman Barry Burton.

In Collingwood, incumbent Sandra Cooper held on to her position with a comfortable majority over challengers Chris Carrier, a former mayor, and councillor Joe Gardhouse. Carrier’s defeat is a loss for advocates of progressive municipal politics. However, Brian Saunderson – lawyer, two-time Olympian athlete, and articulate critic of the Cooper-Lloyd council – defeated incumbent deputy mayor Rick Lloyd.

Jeff Lehman’s re-election as Barrie mayor was no surprise, and his 92 per cent share of the vote reflected the fact that he had no real opposition, although many were impressed by one of his challengers, 19-year-old Zachary Gillespie-Rogers. Lehman has won praise for creative solutions to issues of managing growth and controlling sprawl.

Two of the candidates in the Midland mayoral race have won respect in the current term, but were pitted against each other. Stephan Kramp, the current deputy mayor, ran against incumbent Gord McKay. Midland chose McKay, with former mayor Jim Downer putting on a strong showing for second place. Kramp was a distant fourth. Nevertheless his defeat marks the departure for now of a savvy politician who was never intimidated by the powerful forces that bear down on a municipal council.

In Penetanguishene, a strong voice for openness and transparency has been returned, with Gerry Marshall re-elected as mayor. Former mayor Anita Dubeau has been elected deputy mayor.

Two politicians remembered for their role as henchmen for Tony Guergis, the Springwater mayor who reneged on his 2006 election promise to stop Dump Site 41 and instead became its strongest proponent, are returning to the county scene. Gord Wauchope, defeated in 2010 by Barb Baguley in the race for Innisfil mayor, has turned the tables on her.  And Doug Little of Adjala-Tosorontio is coming back as deputy mayor after a term as councillor.

As for Guergis, running again for Springwater mayor, he should have listened in 2010. Springwater doesn’t have any time for him. He got less than 10 per cent of the vote.