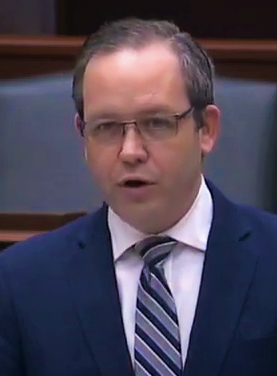 The provincial government is taking control over the selection of the next chief justice of the Ontario Court of Justice using a process the judges say “will erode public confidence” in the courts, the Star has learned.
From the Toronto Star
By Jacques Gallant Courts and Justice Reporter, Dec. 15, 2022

The Ford government is assuming complete control over the selection of the next chief justice of the Ontario Court of Justice, the Star has learned, using a new process that judges say violates basic democratic principles and “will erode public confidence” in the courts.

The Ontario Court of Justice is one of the busiest courts in Canada. Almost 300 judges handle the bulk of the province’s criminal caseload and some family matters. The court’s chief justice is appointed by the provincial government on the recommendation of the attorney general.

The eight-year term of the current chief justice, Lise Maisonneuve, who was appointed by the previous Liberal government in 2015, ends in May.

According to correspondence obtained by the Star, the judges are deeply concerned that a new “inappropriate and inadequate” process set to be used by Attorney General Doug Downey in selecting Maisonneuve’s replacement undermines the independence of the judiciary.

Rather than having the outgoing chief justice represent the interests of judges in choosing her replacement, Downey’s plan calls for judges to apply for the position directly — through him alone — and to provide feedback to him on candidates.

One Response to “‘An aberration’: Ford government’s process to select next chief justice violates separation of powers, Ontario judges warn”