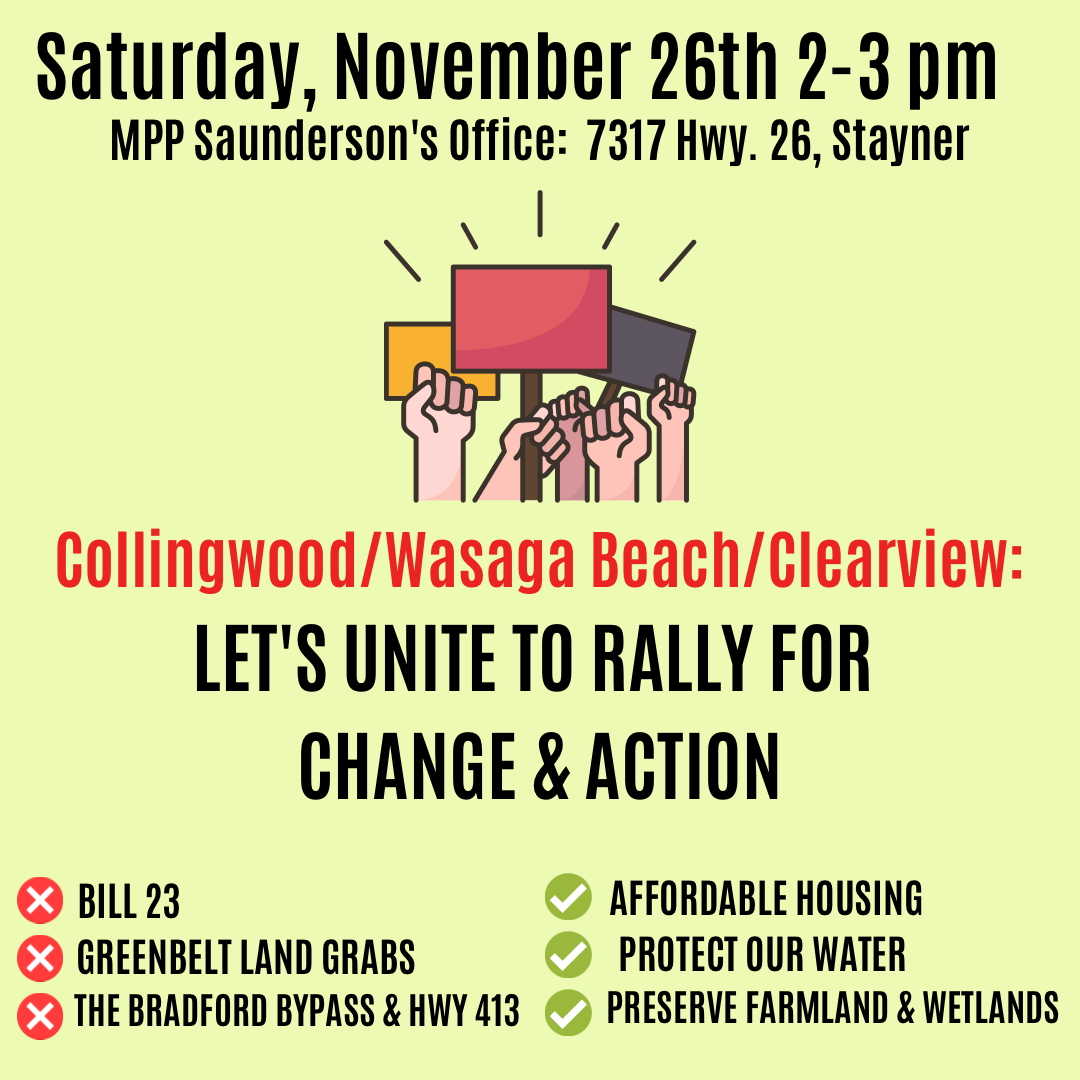 In its last act, Collingwood council passed a motion to voice opposition and concerns to the proposed legislation, which was introduced on Oct. 25.

While the goal of the bill is to create 1.5 million homes over the next decade, members of Collingwood said its impact will be far-reaching.

“I can’t think a more impactful recent piece of legislation on municipalities, and there really does seem to be a window dressing of consultation and not a real partnership,” Carrier said.

The legislation will impact seven different acts, including the Development Charges Act, which Carrier said will force local taxpayers to pick up the slack.
…continue reading here