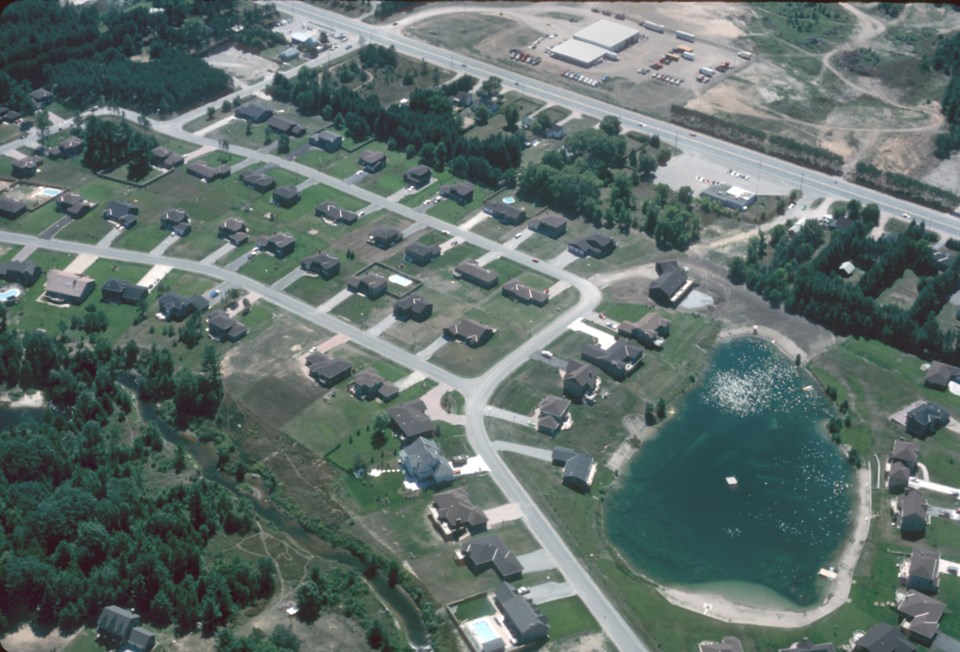 Long-time readers of this column will know that I rarely rant political in this space, yet current matters cause me to write out loud.

The provincially proposed Bill 23: The More Houses Built Faster Act is complete lunacy, yet seems to be headed for some level of acceptance within our Queen’s Park legislature.

In a nutshell (because it’s a nutter’s dream) this Act, if accepted, will remove protection from wetlands, farmlands and woodlands which are currently designated as areas of significance. All because there is a dreamed up number of new homes needed to house the next “bagillion” new Ontarians that are proposed to arrive here in the next 30 years. More houses built faster? Ever heard the expression that haste makes waste?

So let’s discuss the basics: humans are like any other species on this planet in that we have habitat needs. A habitat is defined as an area providing the essentials for sustaining a population, which includes food, water, shelter and space. To claim our share of the first three, we are forced to give up the fourth.

Which brings us to reality number two, determining the carrying capacity of said habitat. Carrying capacity is a formula that wildlife managers use to determine how many individuals can survive in an area given limited amounts of food, water, shelter and/or space.

Wildlife managers can play God by either arranging to have the ‘extra’ animals removed (hunting, trapping) or assist the animals by adding missing elements (planting food plots or installing nesting boxes).

Human managers have to play by different rules although the game is the same: how to meet the needs of the many when the carrying capacity of the area can no longer sustain the population.

This is certainly much more than a local issue, as our planet’s carrying capacity has been determined to be 10 billion people at maximum (assuming most of the people switched from meat to plant matter for food). Right now the population tally is at 7.999 billion. In other words, we are quickly running out of planet.

The human species has occupied all the easily accessed habitat, whether it be used for agriculture or shopping malls. We’ve run out of available land, so now the push is on to manipulate the marginal lands into something ‘valuable.’

Marginal lands, from an urbanite-developer’s point of view, is land that, with a bit of manipulation, could be passed off a lovely residential subdivision. That cedar swamp? Fill it in with all the waste soil from all the basements being dug right now. Easy fix, eh what? That old farm field that young farmers can’t afford to buy? Hey, already cleared, just add 850 houses! Easy-breezy!

Of course much of that ‘marginal land’ is so designated from a developer’s view point. Ask an ecologist if that swamp is worthy of sacrifice, and the answer will be that the land labelling system is 100% backwards. Wetlands, woodlands and even ‘marginal’ agricultural lands will be what sustains any human population, now and in the future.

So many political decisions are based solely on the economy. More people will need more houses so they can be hired to fill all the new jobs so they can make money to pay for their food, transportation and shelters … and a whole lot of tax money can be realized.

Whether you are an economist, financier, a social worker, a biologist or a developer … we are all going to be negatively affected by the accumulative loss of our natural and supporting environment.

At the moment it seems as if those who are trying to save and protect natural spaces are being painted with a broad brush by politicians as if they are doing so just because they like pretty wildflowers and cute bunny rabbits. Dare I say “wrong-o?”

Those who are pushing back against those government-approved residential and commercial sprawl developments that are being plunked into the so-called marginal lands, have a world-view, a long term view, and are actually trying to help humanity to survive.

Our habitat needs of fresh water, healthy food, reasonable shelter and enough space to avoid claustrophobia are as they always have been. However, retaining these values while planning and implementing a sustainable future will take a lot of effort. Somethings going to give and if it’s the natural environment, then we can collectively kiss our backsides good bye.

I apologize, in a way, for such a downbeat column this week, but the self-centered, short-sighted and ‘make money at all costs’ actions of our provincial government are cause for immediate concern. Deep concern.