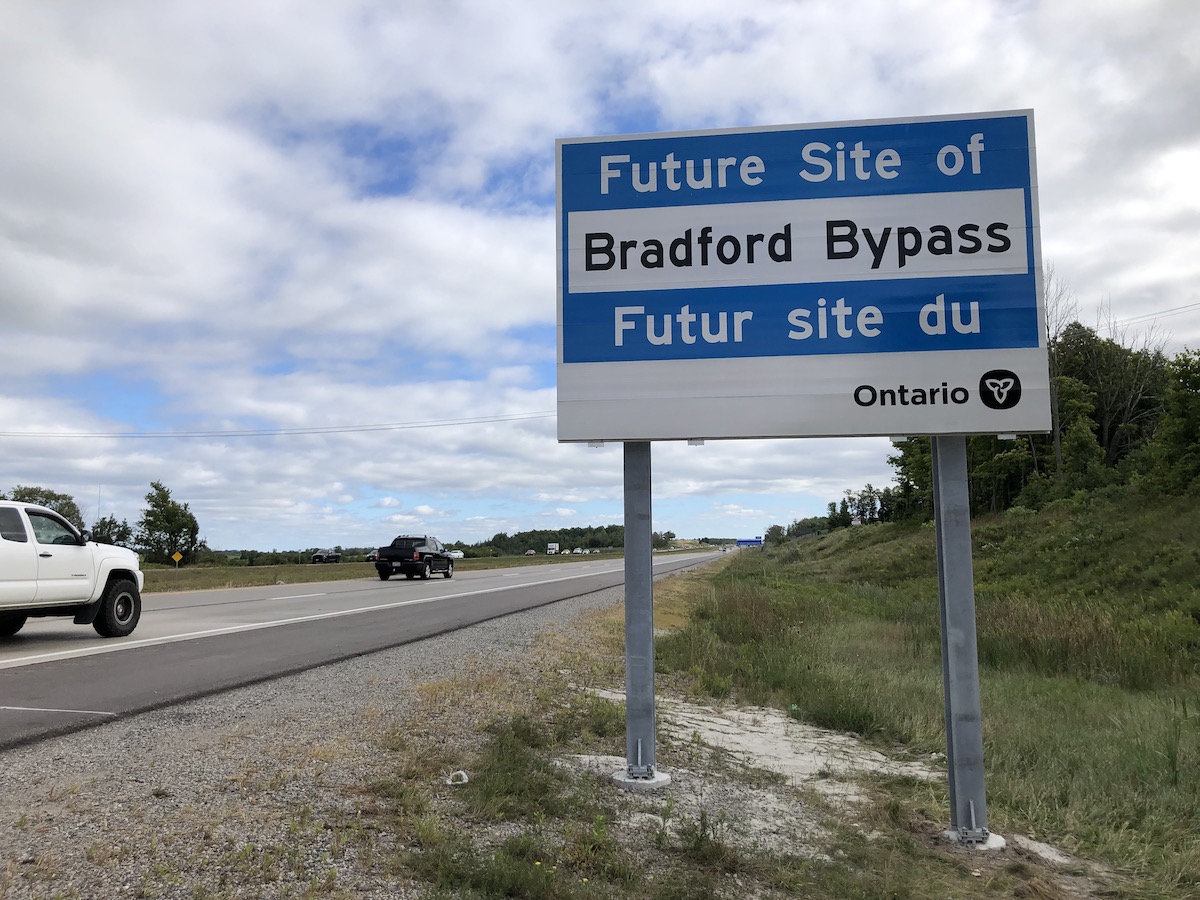 Barrie, ON – Bonnie Lysyk, Ontario’s Auditor General whose job it is to hold provincial public-sector and broader-public-sector organizations accountable for financial responsibility, well-managed programs, and transparency in public reporting, released its annual report. What her conclusions demonstrate is that our overarching concerns about the Bradford Bypass are well-founded.

Her key findings are extremely relevant to issues surrounding the Bypass including:

“Decisions about important public infrastructure and services, such as highways…, appeared to be disconnected from, or inconsistent with, other land-use planning processes and policies.”

We agree.  The Bypass is proceeding without consideration of existing land use policies that have been implemented since the 1997 EA including the Greenbelt Plan, Lake Simcoe Protection Act, the Clean Water Act and the Endangered Species Act.  Proceeding with this highway without full study and consideration of these policies makes a mockery of the protection these Acts are supposed to afford Ontarians’ health and environment.

“In 2014, the medical officers of health of Hamilton, Peel, Simcoe Muskoka, and Toronto released a report, called Improving Health By Design in the Greater Toronto-Hamilton Area, on the health impacts of designing communities that require the use of cars. The report stated that the annual costs of physical inactivity and obesity in the Greater Toronto and Hamilton Area stood at $4 billion, including $1.4 billion in direct medical costs.”

We recognize that cars are the only option for many people in the region; however, that is a result of government policy choice which is literally killing our communities.  By continuing to focus major investments in highways, we lose the opportunity to invest in other things that allow people to travel in different ways that can be more convenient (e.g. high speed transit, regional transit).  So we can either continue to deprive our communities of real travel choice by sinking billions into highways or we can fix road congestion the way traffic engineers have suggested – providing regional road improvements and giving people options about how to get around.

The Growth Plan overestimates of the population growth in outer Greater Golden Horseshoe suburbs are having adverse financial consequences for those municipalities.  We keep hearing the number of people that are coming to the area, but these are just estimates and according to the Auditor General are likely higher than what will be realized.  This forces municipalities to overbuild, over-designate land for development, overbuild infrastructure which in the end comes out of taxpayer pockets.  If the population does not materialize taxpayers are still on the hook.  Before we build a highway that won’t solve local traffic issues we should consider whether the massive taxpayer investment will provide a net benefit to our communities.  After all, if highway access resolved traffic congestion, then why would most of the GTA be in almost constant gridlock?

“Conservation authorities are losing the independent power to exercise their mandate to ensure that development is directed away from flood and erosion-prone areas.”

Putting a highway through flood prone, provincially significant marshlands is a project that the Lake Simcoe Region Conservation Authority (LSRCA) should have full autonomy to comment on.  Instead the LSRCA has outlined that they will only comment on the Bypass  if the province requests a voluntary review.  The LSRCA should be empowered to stand up for Lake Simcoe’s headwaters and the watershed it is legislated to protect without needing provincial permission to fulfill its mandate.

“Permit applications to harm species at risk or their habitats are always approved.”

Along the route of the Bypass there are at least 11 species at risk, 2 of which are endangered.  Despite assurances that these species will be protected, the Auditor General’s report confirms what we fear – that based on historical actions, these habitats will be destroyed, these species at risk will be permanently harmed and the province won’t uphold its responsibility to protect our beloved green spaces from destruction.

“…policies to achieve the majority of emissions reductions required to meet the 2030 target have not been identified.”

It seems that Ontario will not likely meet its 2030 emission reductions targets which is no surprise considering the land use and transportation decisions being made that exacerbate our carbon emissions.  Further, the Auditor General warns that Ontario’s emissions could increase if strong action isn’t taken. We are in a critical time where we need to reduce carbon emissions, not increase them. We know that highways increase greenhouse gas emissions and concentrate pollutants in the air we breathe.  Based on the 1997 EA data, the Bypass could increase GHG emissions by 89 million kilograms per year; that doesn’t even include the carbon emissions from the construction of the highway and loss of wetlands, forests and farmland that store carbon.  There have not been any considerations of what this highway will do to the climate nor will there be now that the highway has been exempted from the Environmental Assessment Act.  Our region will not escape the impacts of a changing climate.  From reduced water supply and increased flooding to having a climate similar to Mississippi in roughly 50 years, we will see grave consequences of today’s inaction.  Climate leaders don’t build highways and especially not in significant wetlands.

Our region is special for a multitude of reasons, but one of those is Lake Simcoe – a cornerstone of our local economy, recreation, drinking water and lifestyle.  Despite calls from several municipalities to ensure that impacts to Lake Simcoe are understood prior to any construction on the Bypass, the province is moving ahead quickly toward construction.  In 35 years, Lake Simcoe could have a salt concentration similar to oceans.  This was calculated prior to the additional salt that will be washed down from the Bypass directly into the rivers and streams that flow into Lake Simcoe.  Building the Bypass decreases our chance of avoiding that fate for Lake Simcoe.

With the Auditor General’s report, it is clear we cannot have confidence that Lake Simcoe will be taken care of. Those of us in the region who understand all of this are very concerned.  The Bypass is just the latest egregious example of provincial projects in our area that will make Lake Simcoe more sick. None  of us will be the better for it.