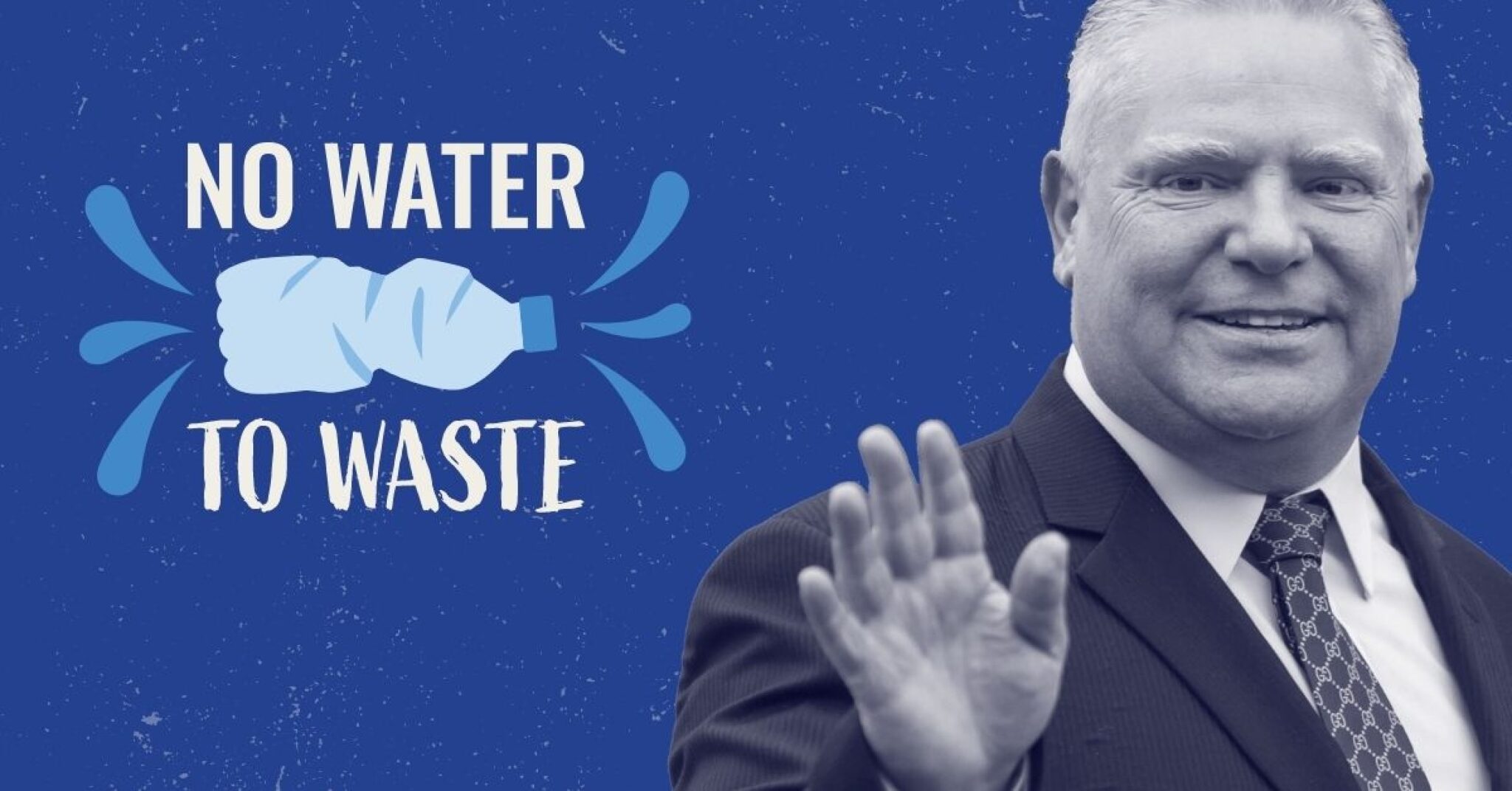 TORONTO – The Ontario government announced late yesterday that it is renewing two controversial permits that allow the extraction and bottling of billions of litres of groundwater by Blue Triton Waters, the corporation that bought Nestle’s North American bottled water business earlier this year.

Triton had demanded 10-year permits to extract up to 4.7 million litres of groundwater per day from two wells in Wellington County, Ontario. But the Ministry of the Environment issued only a 5-year permit, after receiving more than 12,000 comments from the public urging it to either reject the permits or reduce the duration.

“Five years is still too long; what we need is a complete phase-out of all bottled water permits,” said Mark Calzavara, National Water Campaigner for the Council of Canadians. “It’s past time for this government to stop allowing the extraction and sale of groundwater for profit.”

The new permits were issued despite a cease-and-desist order issued to Blue Triton by the Haudenosaunee Confederacy Council, the traditional leadership of Six Nations on the Grand River.

Over five years, the permits will allow the American-owned company to take over 8 billion litres of groundwater in total from their main well in Puslinch (Aberfoyle) and a second well in Erin (Hillsburgh). Most of the company’s revenue comes from selling water in single-use, 500-ml plastic bottles.

“Bottled water is frivolous and wasteful, and groundwater resources are finite. With droughts and forest fires ravaging the planet due to climate change, we cannot allow these precious groundwater reserves to be bottled and sold for profit.”