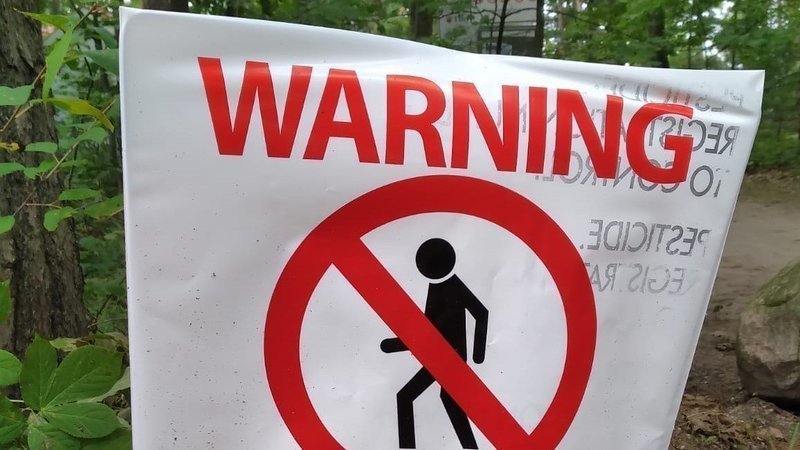 My family, friends, and I were appalled to come across so many signs indicating that glyphosate had been sprayed along roadsides and public pathways around Cawaja beach. As property owners who spend much of our summers there, we were disappointed to see that the application of that hazardous herbicide appeared everywhere. Its use, intended to protect the health and safety of passers-by by removing poison ivy growth, is actually quite dangerous and puts the health and safety of residents at great risk, particularly when it comes to young children, the elderly, and those with compromised health. It is my hope that an outright ban on that herbicide can be implemented in the cottage areas of the Tiny Shoreline so that their pristine beauty and wild settings can be preserved.

Glyphosate is among the most widely used herbicides by volume in the world. However, in the last decade or so, it has become increasingly suspected of causing serious harm to life. Different studies have suggested that there is a link between its application and cancer, endocrine disruptions and fertility and reproductive concerns, liver disease, and microbiome disruption. There is also evidence that it is harmful to bees and monarch butterflies. In 2015, the International Agency for Research on Cancer (IARC) of the World Health Organization found it to be “a probable human carcinogen”. In 2017, the California State Office of Environmental Health Hazard Assessment (OEHHA) added it to its list of known carcinogens. Sign the petition to ban glyphosate here

Concerned citizens of the world have acted on banning its use. The following countries have either taken steps to ban or restrict glyphosate or issued statements of intention to do so: Argentina, Australia, Austria, Bahrain, Barbados, Belgium, Bermuda, Brazil, Columbia, Costa Rica, Czech Republic, Denmark, El Salvador, Fiji, France, Germany, Greece, India, Italy, Kuwait, Luxembourg, Malawi, Malta, Mexico, Netherlands, New Zealand, Oman, Qatar, St. Vincent and the Grenadines, Saudi Arabia, Scotland, Slovenia, Spain, Sri Lanka, Sweden, Switzerland, Thailand, United Arab Emirates, United Kingdom, and Vietnam. Despite Health Canada deeming this issue not a priority, 8 out of 10 provinces have some sort of restriction on the use of non-essential cosmetic pesticides, including glyphosate. In addition to this, many communities and municipalities have enacted local bylaws limiting or banning its use, the largest of which is the City of Vancouver.

It is disheartening to see that the same chemical said to be used for improving the health and safety of Cawaja residents may ironically be harming them. While the effects of its use will not manifest themselves immediately, its accumulation over time will certainly show in the health of local populations and the local environment, as well as add to overall accumulation of this harmful chemical on the planet in the environment.

If the removal of poison ivy is necessary, there are many different environmentally friendly ways of removing it. One can, of course, simply remove the plant with its roots from the soil while wearing protective gear. One can also make a “softer” weed killer using a mixture of salt, dish soap, vinegar, and water. There is also the option of watering the poison ivy with boiling water over time, or simply throwing a tarp over it and starving it of light. While these methods may require a bit more time and effort than spraying glyphosate, they are much less toxic and corrosive and leave the surrounding areas thriving.

The same soil that we spray to kill weeds that can be eliminated in environmentally friendly ways is located exactly where the community’s residents play. Children, pets, and loved ones swim in water only 50 meters away, where the chemical eventually runs off. It is with goodwill and concern for future generations that I ask, on behalf of my family and other Cawaja beach residents, that something be done to stop the use of this chemical, particularly in situations where many other viable options for killing dangerous vegetation exist. Ideally, and with the support of other residents, I ask that glyphosate be banned from usage entirely across the cottage areas of Tiny Township. For the sake of our health, our local economy over the long term, and the pristine nature of the Georgian Bay area, it is up to us to protect the beautiful beaches and forests that we all enjoy and love.