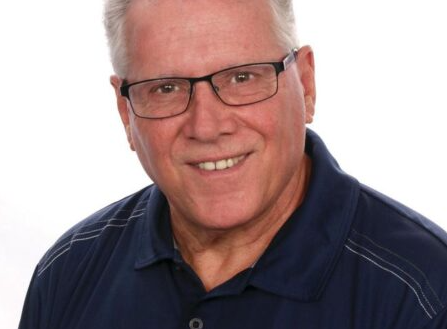 As you may have heard, I reluctantly decided to resign my position as Councillor in Tiny Township. I have received many supportive messages, many of which expressed concerns that my decision was prompted by a health issue. Thankfully, my health had nothing to do with my decision, which I did not make lightly. I have written an open letter to all residents of Tiny in order to express my reasons for resigning. I have included it below. Please feel free to share, if you are so inclined.

An Open Letter To Tiny’s Residents

For the past 10 years, I have worked tirelessly both as the fire chief and then as a member of Council, to improve the safety and quality of life for Tiny’s residents. Unfortunately, Council’s positions on a number of very important issues that affect all Tiny residents run contrary to mine. After almost three years of trying, I have finally arrived at the conclusion that further efforts on my part to see strong action taken, on behalf of residents, regarding serious matters such as short-term rentals and French’s Hill gravel extraction and washing will be futile. The current gravel mining operations at French’s Hill represent a significant threat to both the water in the underlying aquifers and the natural filtration system that purifies the groundwater being regenerated from precipitation, etc. Continued destruction of this filtration system will, in all likelihood, negatively impact the water quality that we all rely on for basic survival. There are plenty of gravel deposits throughout Ontario that could be harvested without impacting water resources. This activity is, in my opinion, and in that of a consortium of world-renowned water scientists, a completely incompatible undertaking that needs to be stopped in its tracks before it is too late. This recharge area, which contributes to the Alliston Aquifer, provides clean water to thousands of residents for many miles around its location. Memorandums of Settlement with large multi-national corporations will do nothing to preserve this natural phenomenon, which, according to these same scientists, is an “inexcusable” activity. It has been branded as the purest water known to man. Continuing to permit this operation has the potential to create a disaster for future generations. Admittedly, the province of Ontario has the authority to issue licences to both extract and take millions of litres of water a day, simply for the purpose of washing this gravel. I firmly believe that a very strong and unified voice of objection from this Council would go a long way to encouraging Premier Ford to live up to the commitment he made to the people of Milton, Ontario, last year, when faced with a similar dilemma.

Many neighbourhoods in Tiny have been, or are in the process of being, decimated by the huge influx of short-term rentals. Residents no longer know their neighbours. It is attacking the very fabric of our township. In my view, Council and some senior staff have sidestepped this issue for so long that it may be unfixable at this point. Because of what I consider to be poor legal and planning opinions as to the legality of permitting these businesses in residential areas, I believe that both Council and responsible senior staff used these opinions to avoid taking strong action, instead of relying on the facade of a “zero-tolerance policy” that most obviously did not ever adequately address an issue that is negatively impacting so many neighbourhoods. Many of these unscrupulous STR operators are known to have continued to rent during the provincial stay-at-home order, which prohibited rentals of this nature unless they were for permanent accommodation. Expecting residents to directly address their concerns with STR operators who are rarely on site, not contactable, or hardly concerned with anything other than generating huge revenues is both naive and unreasonable.

The current zoning by-law has, for many years, and still continues to restrict “tourist establishments”, which are, by definition, premises used by the traveling and vacationing public, to only three small areas (zoning categories) in Tiny. Simply stated, they are NOT permitted in any residential zones, and never have been. STR’s, especially dedicated STR’s, are clearly a commercial use and should never have been permitted in residential zones. Any other view is, in my opinion, an attempt by Council and Planning and By-law Departments to sidestep their responsibility for allowing this mess to get out of control in the first place. Responsibility is undeniable, in my view.

In closing, I feel that I had no real option but to walk away from the table prior to my term’s end next year. I am saddened by my decision to do so, as I have never before turned my back on a commitment that I have made. This was a hard decision to make. I realize that my comments will raise the ire of Council, some members of the Senior Management Team, and residents, both those who supported my efforts and those that did not. That is not my intention. Hopefully, my comments might cause some reflection on the part of all concerned. I know that I certainly have, of late. Also, I hope that my resignation might cause residents to closely examine Council’s actions during this and previous terms and decide if they feel that the level of Council leadership, action, and staff direction have helped or hindered the outcome of the two critical issues that I have raised. Of course, there are many more. There always will be.

Is/has Council done everything in its power to stand tall on the very important issues of preserving the local environment (water quality) and the ability to have peaceful enjoyment of your property while being surrounded by short-term rentals when there was no need for it? In one year, as voters, you will have the opportunity to express your level of satisfaction with the casting of ballots. For Tiny’s sake, please vote wisely. I am honoured to have had the opportunity to represent my residents for the past three years and I thank those that allowed me to do so.

Read this article next: Tony Mintoff resigns from Tiny Township council due to a difference of opinion with council and senior staff