Home » Community news » The cleanest water on Earth is in Ontario. We must protect it before it’s too late

The cleanest water on Earth is in Ontario. We must protect it before it’s too late 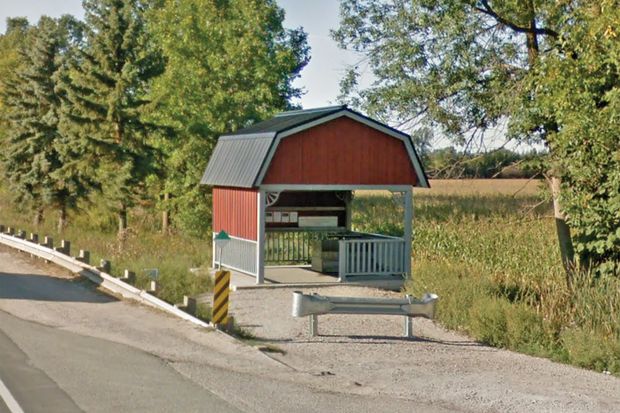 Special to the Globe and Mail July 2, 2021
By William Shotyk and Michael Powell

William Shotyk and Michael Powell are professors in the department of renewable resources at the University of Alberta.

The Village of Elmvale is a small and peaceful farming community located 90 minutes north of Toronto. Below these farms lies an ancient, buried valley filled with glacial deposits providing some of the cleanest water yet identified. This watershed includes abundant artesian flows and springs of pure water that feed the Wye River and two significant wetlands important historically to both Europeans and Indigenous peoples: Tiny and Wye Marshes. This aquatic ecosystem is now under threat because of land-use changes – most importantly, multiple aggregate extraction operations.

The area was known as Wendake to the first Indigenous inhabitants, the Wendat people, who farmed this area. Called “Huron” by the French, present day Huronia is the birthplace of Canadian agriculture. A Wendat settlement near Elmvale was known as Ekhiondastsaan (“the lands which exude water”). The French Jesuit community of Sainte-Marie among the Hurons was built at the mouth of the Wye River in 1636.

A novel groundwater research project is being planned to better understand the processes responsible for the quality and quantity of the water. This project will build on 30 years of curiosity-driven research showing that the concentrations of contaminants such as chloride, nitrate, phosphate and various trace elements are not only well below government guidelines for drinking water, but they are so low that the water can be considered “pristine” according to professor John Cherry, a leading Canadian groundwater authority.

Two attempts to measure a broad spectrum of organic pollutants such as petroleum hydrocarbons and pesticides, by Swiss researcher Dr. Jean-Daniel Berset and Canadian researcher Dr. Alberto Pereira, respectively, were unable to detect any synthetic organic compounds. Dr. James Zheng of the Geological Survey of Canada and professor William Shotyk have shown that for some contaminants, pollutant levels found in these spring waters are below those found in 5,000-year-old Arctic ice. Professor Ian Clark, a leading Canadian authority on dating groundwater, has found that some of these waters are modern (i.e. more recent than 1950), and some are ancient (i.e. several thousand years), indicating complicated origins, but all are pristine. These scientists have all stated that they have never before encountered waters of this quality.

The extent and complexity of these glacial deposits is being unraveled through work by Dr. Riley Mulligan and Dr. Elizabeth Priebe at the Ontario Geological Survey. With the help of local landowners, our recent field studies have helped illuminate the relationship between groundwater sources areas for water in the Simcoe Uplands to the east, and the artesian flows and springs of the Simcoe Lowlands to the north and west. French’s Hill, the major upland feature, with lower terraces that circle the hill, collects atmospheric water from rain and snow. This water moves into the ground through soils and travels along glacial sediment layers until it meets ground level, forming springs and flows.

Why is this water so clean? There may be multiple reasons, hence the need for study. Soil and sediment layers are nature’s perfect water filters. Dirty rainwater containing every possible type of contaminant, picked up by winds blowing across the highly agricultural, urban and industrial northeastern North American airshed, slowly percolates through these rich soils and sediments. As the water infiltrates the soil, contaminants are removed by the humus, clay minerals, plant roots and micro-organisms that constitute soil and the alternating layers of coarse- to fine-grained glacial sediments.

The Simcoe Uplands represent the debris left behind by retreating glaciers; boulders, gravel and sand are the treasures being sought by the companies mining aggregate. In contrast, the Simcoe Lowlands, which host the river and wetlands, are dominated by an extensive clay plain that was created from fine-grained lake sediments (silt and clay) which gave rise to our deep, rich, moist agricultural soils. How atmospheric waters infiltrate soils and sediments, and the paths they take into the buffer areas between the highlands and the clay plain, are important questions facing researchers; they are major criteria responsible for water quality.

The infiltrating waters are what replenish, or recharge, groundwater resources; altering this terrain can alter groundwater quality. Making these changes in the Wye River watershed may destroy the processes responsible for the quality of this unique water forever, leaving science with unanswered questions and societies and ecosystems without this unique resource.

Springs and the wetlands they create are found at virtually every elevation from the clay plain up onto the terraces and even at the surface of French’s Hill: These represent significant sources of groundwater to the upper parts of the soils and sediments throughout the area. The springs that are created by the groundwater slowly seeping underground become sources of water for the Wye River and wetlands west and north of French’s Hill; these are the domestic and agricultural water sources.

If experts such as Prof. Cherry and Prof. Clark do not recognize how this water has reached its quality, how is it that local and provincial governments have been able to convince themselves that no harm will come to these waters by clearcutting the mature forests that cover these hills, removing all the topsoil, draining the wetlands and extracting the aggregate? How will this exceptional water be protected if the water filtration system is removed?

The question of resource utilization is complicated, and the interests represented by both aggregate use and environment must be considered. Yes, aggregate is needed for infrastructure, but must it come from French’s Hill? Understanding these truly exceptional groundwater flow systems can inform policy on resource protection and use here and elsewhere. We know of no other water ecosystem like the one in Elmvale; once it is gone, like the passenger pigeon, it is gone forever. Is this unique water worth protecting?

The question we are facing as a society relates to the monetary value of aggregate today, versus the value of pure spring water indefinitely, for generations to come. With a steadily growing population and a changing climate, pure spring water forever seems like the better value. Forever is a long time. Is Canada willing to jeopardize the “gold standard” of water for a few trucks of gravel?

One Response to “The cleanest water on Earth is in Ontario. We must protect it before it’s too late”