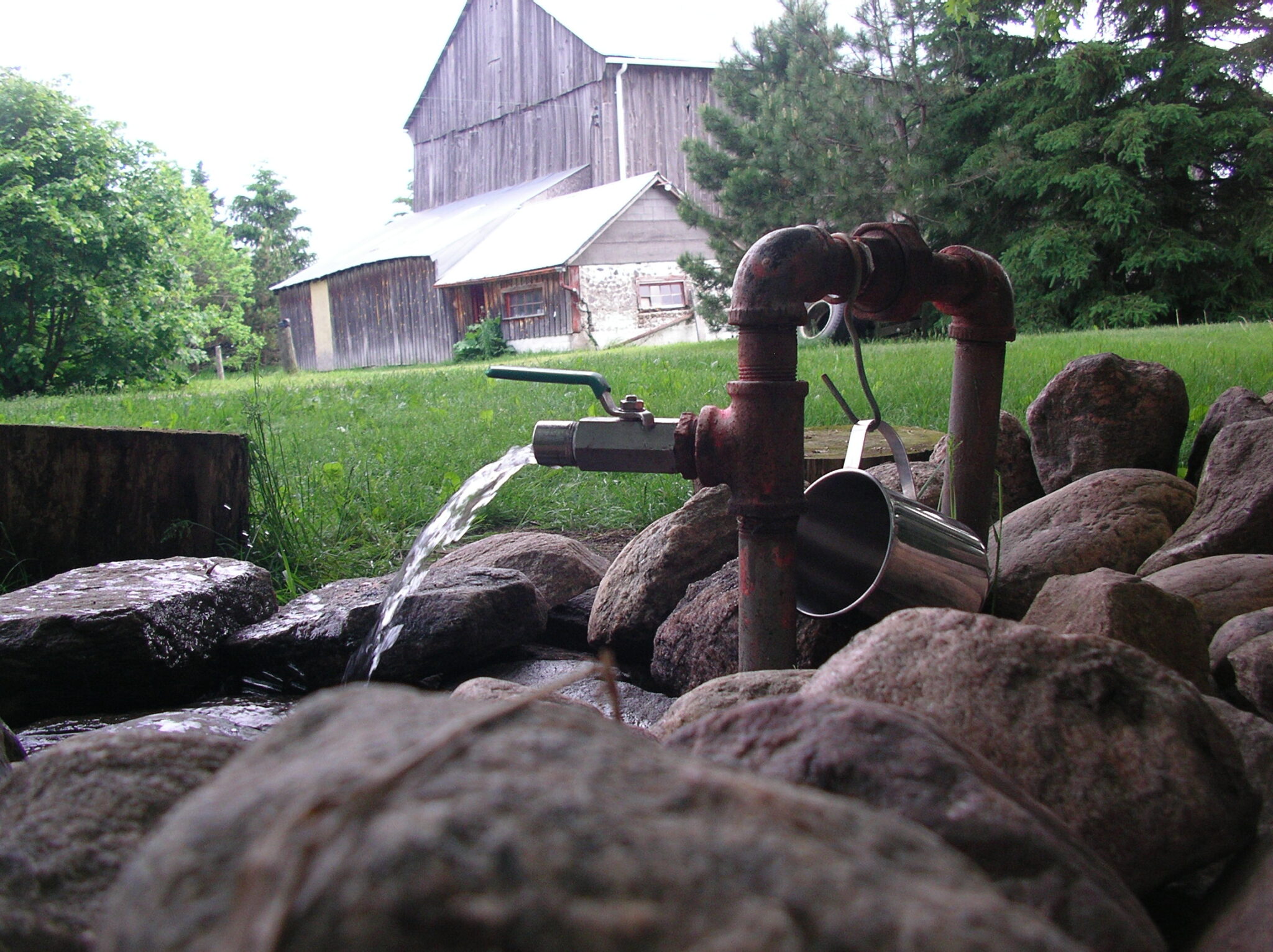 You may not have heard about this, because the decision was taken behind closed doors, but on May 21 2021, three Tiny Township councillors voted to walk back the municipality’s stance of protecting the pristine water of the Waverley Uplands.

The decision, which did not become known to the public until earlier this month when minutes of the May meeting were released, was greeted with anger and disappointment by those who see that expanding aggregate operations on French’s Hill near Waverley is beginning to affect what has been identified as the purest water known to science.

“It’s appalling,” said Judith Grant, of the Federation of Tiny Township Shoreline Associations, a cottagers’ group that has taken the lead in the legal fight against aggregate expansion.

The Township of Tiny and FoTTSA, were joint opponents of an application to expand the Teedon Pit off Darby Rd. in Waverley by CRH Canada Group Inc., operating locally through its subsidiary Dufferin Aggregates.

But on May 21 2021, Mayor George Cornell, Deputy Mayor Steffen Walma and Councillor Cindy Hastings voted in favour of bowing out of the fight to protect the water. The motion that was passed declares: “All outstanding technical issues have been satisfactorily addressed, therefore, staff recommend that council direct Barriston (the township’s lawyer) to prepare minutes of settlement with CRH and report back to council.”

Councillors Gib Wishart and Tony Mintoff voted against. Details of the council table discussion that led to this vote are not known as the meeting – one of the most momentous in the township’s history in terms of protecting a resource that has global significance – was held in camera.

“The council has dumped the legal battle onto the back of a citizens’ group,” said Grant. “It’s outrageous, incredible! They have all the way along made it look as if they were furious about this and now all of sudden they’re backing out.”

Both Grant and local farmer Anne Ritchie-Nahuis were leaders in the battle to stop Dump Site 41, in which Simcoe County was forced to back down on its construction of a landfill on top of the aquifer.

“I cannot sleep at night thinking about the failure of our government,” said Ritchie Nahuis, a member of the Friends of the Waverley Uplands and AWARE Simcoe, two other groups fighting to protect the water. “How can something so spectacular, so pristine,  just be laid to ruin? It’s thoughtless and immoral and has to be stopped.”

Nahuis faults Tiny council for failing to boost protection for French’s Hill through the Official Plan and other tools within their power. The process only allows the municipality to object if an application fails to comply with their rules, she explained. “Now they say it does comply – that’s because their rules are so weak… The politicians say they were fighting this, and the public assumed they were taking care of business – but they did nothing to increase the protection.”

Many had hoped that township councillors really meant what they said when in 2020, they passed a unanimous resolution declaring that the township is fundamentally opposed to the extraction and washing of aggregate in environmentally sensitive areas, and that issuing of any new licenses await the finding of a groundwater study being undertaken by leading Canadian hydrogeologist John Cherry.

On April 28 2021, Cherry along with William Shotyk of the University of Alberta, who first determined the exceptional purity of the water 30 years ago and has been sampling it ever since, appeared at a virtual special meeting of council to warn of damage being done to the natural filtration system by removal of soils and other protective cover. The pristine nature of the water is at risk, council was told.

“To expand such operations would be a crime against future generations, against our grandchildren and beyond,” Cherry said. “There are no shades of grey on this. This is a matter of right versus wrong.”

Cherry and Shotyk are among a number of prominent scientists who will apply for a five-year federal grant to study the aquifer, the movement of the water, the geological layers and any other factors that might explain the exceptionally clean state of the water from the Waverley Uplands.

Michael Powell of the University of Alberta, who appeared with William Shotyk on May 28 to urge on council the importance of protecting the site until the mechanisms of the filtration have been studied, expressed disappointment at Tiny council’s decision. No councillor mentioned that they had decided behind closed doors a week earlier to throw in the towel.

Powell noted that the regulations in place to approve a permit to take water, or mine aggregate, do not consider the “real” impact of these operations in the context of soil-water-plant geochemistry, or how these complicated and intertwined processes can so easily be derailed by minor changes to groundwater flow.

“The recharge for many of the wells to the north and west of French’s Hill are in jeopardy as are some of the important headlands for the Wye River and the wetlands that it supports throughout the northwest parts of Simcoe County,” Powell said

“I am not sure how to get this message through to government officials,” Powell added. “But, this is the whole reason for the groundwater study … I just hope we are in time.”

Two players from the aggregate industry are active on French’s Hill at the moment. CRH (headquartered in Dublin in the Irish republic) is seeking an expansion of its Teedon Pit – that’s the action Tiny Township no longer opposes – and it has also been granted a permit to take water for the washing of gravel that both FoTTSA and the township have been given leave to appeal. It’s not clear what the township’s position now is on this CRH PTTW.

The other player is the Sarjeant Company, which has applied for two permits to take water to wash gravel – 1,641,600 litres a day, 180 days a year, for 10 years – creating two massive ponds. Sarjeant’s application was posted on Ontario’s Environmental Registry, and is now being considered by the Ministry of the Environment and Parks.

Meanwhile the people are gathering… Water Warriors are on hand every Friday from 4 to 6 pm along Highway 27 from Elmvale, past the “flow” where people come to collect “the world’s purest water,” past French’s Hill where drummers sound the alarm, through Waverley and through Perkinsfield. Come join us! More information from Friends of the Waverley Uplands on Facebook and from the websites of Save Our Water Tiny and AWARE Simcoe.