It’s a sad day for democracy in Simcoe-Grey 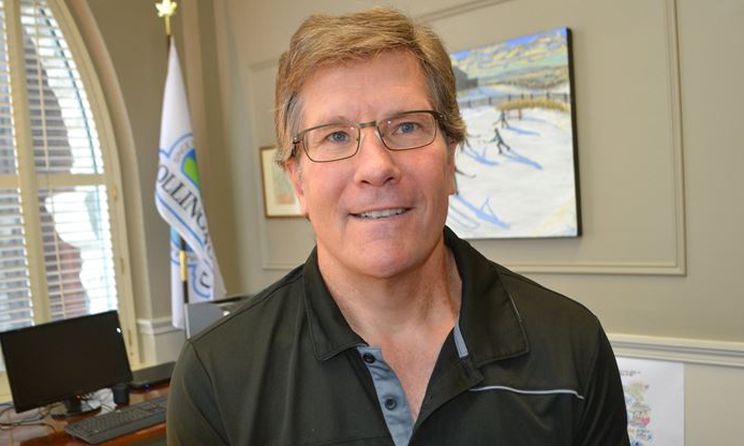 Brian Saunderson, who is in his first term as Collingwood mayor

Re: “Saunderson named PC candidate for Simcoe-Grey,” The Connection, June 10.

After living a year and a half with COVID in our presence, we have been asked to make many sacrifices. But one thing that remained steadfast during the pandemic was our democratic right to vote — until today.

Premier Doug Ford put a stop to the democratic process taking place right here in Simcoe-Grey. After almost a year of candidates signing up new members for support — 783 to be exact — Ford inserted himself into the nomination race and selected which candidate would represent the Progressive Conservative party in next year’s election.

Stripping us of our voting rights, Ford announced he was appointing Brian Saunderson — a half-term mayor of Collingwood — to be the candidate. This decision gave no regard for the democratic process or paid any respect to the efforts of the three other candidates.

This is not the first time a premier has appointed a candidate; however, it is typically reserved for a candidate of distinction. The sum total of Saunderson’s political career is one complete term as deputy mayor and half a term as mayor.

Since Ford’s announcement, the chairman of the riding association’s nominating committee has resigned. I ask myself: what is behind Ford’s strategy to alienate so many longtime Conservatives? Both Ford and Saunderson’s father’s were in Premier Mike Harris’s cabinet; is this all it takes for an invite into Ford’s political circle?

Unfortunately, Ford has the power to shield Saunderson from having to face his political baggage. But should we be forced to watch, as not only our town, but our riding, continues to crumble? How can we expect Saunderson to continue to dedicate 100 per cent to his mayoral duties whilst campaigning to be the MPP of Simcoe-Grey?

Why not have the decency to resign in your current mayoral role so the town you’ve represented for the past two-plus years can start to pick up the pieces?

I, and the other 783 members, want our membership fees back. 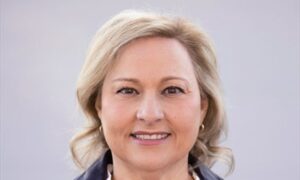 An appeal to the Progessive Conservative Party’s provincial nomination committee to reverse the appointment of Collingwood’s mayor as the Tory candidate in Simcoe-Grey for the 2022 Ontario general election has been denied.

In an email to her supporters, and provided to Simcoe.com, Stella Ambler said the response to her request to file an appeal was a ‘no’.

Ambler — one of four candidates who were vying for the nomination before Premier Doug Ford appointed Brian Saunderson to the role earlier in June — said she received a reply to her request from PC Party of Ontario president Patrick Harris, who is also chair of the provincial nomination committee.

In short, according to Ambler, “Mr. Harris informed me that my appeal was unworthy of the party’s consideration and would be neither considered nor voted upon by the provincial nomination committee.”

However, Ambler — a former Member of Parliament in the Mississauga area who now calls Wasaga Beach home — is promising her supporters that the denial of her appeal is not the “end of the road for our cause to reinstate an open, public, and democratic balloting process here in Simcoe-Grey.”

Ambler did not reveal her strategy, other than she would contact supporters in the coming days.

Ambler said she has received hundreds of calls and emails of support since Ford made the appointment.

“It is encouraging and inspiring to know there are so many people who are also willing to fight for what’s right,” she said.

Saunderson’s appointment has left some local Conservatives disappointed, and nomination committee chairperson John Greswell resigned after Ford’s announcement, after being “caught totally off guard by this decision.”