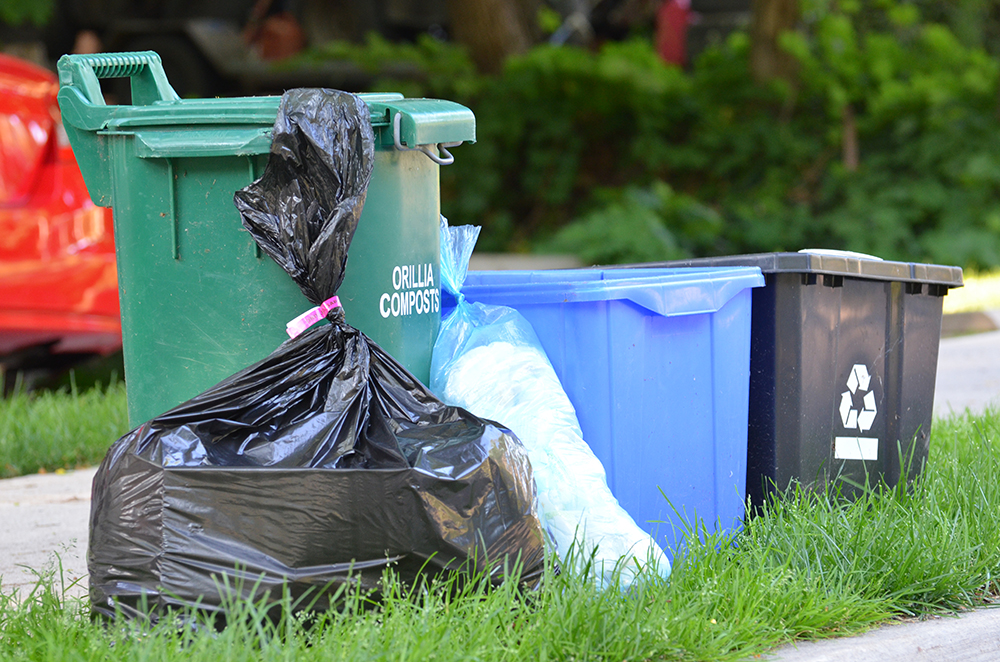 Simcoe County is reconsidering the way residents pay for waste collection and, if passed through county council, most residents will be hit harder in the wallet for the same service.

During a recent committee of the whole meeting, county councillors considered a staff report providing information on switching from a system where waste collection is funded as part of the county levy, to a system where a flat user fee is charged to each homeowner.

The issue was raised earlier this year led by Bradford West Gwillimbury Deputy Mayor James Leduc, as Bradford homes were valued higher through Municipal Property Assessment Corporation (MPAC) than other, more northern municipalities due to its proximity to York Region.

As a result, he said Bradford residents were paying more than other Simcoe County residents for the same service.

“Everybody takes a bag of garbage to the road. Nobody should be paying any more (for that service) than anybody else. It should be an equal service, and equally paid for,” said Leduc.

According to information provided by Simcoe County staff, under the current system taxpayers pay for all county services – including waste collection – on a scale related to their home’s value as determined by MPAC.

For every $100,000 of assessed value, Simcoe County taxpayers pay $77 annually for waste collection as part of the county levy.

Under the newly proposed model, the cost of waste collection would be removed from the levy, divided between the number of households county-wide and charged as a flat user fee across the board.

Under Option 1, each household would be charged $315 annually. Through this option, waste collection would be added as a user fee in addition to the county levy on municipal tax bills.

Initial estimates presented in the staff report indicate that approximately 63 per cent of residents would experience a net increase in their costs under the flat fee model. If approved, the new system would be put in place in 2022.

Tiny Township Deputy Mayor Steffen Walma raised concerns about which residents would actually be impacted by such a change.

“When I think about this, what is our end goal, and why are we doing it? At the end of the day, we’re asking individuals that have a lower assessed value home to pay more for a service they’ve been receiving,” he said.

“Generally, people who own lower valued homes also have a lower income. The little bit extra that they’d be paying is probably more challenging than the little bit less that individuals who get a reduction who have high-valued homes,” said Walma.

Walma said every person who purchases a home makes decisions when they decide where to buy.

“You can live rural and you’ll get challenges like response times for paramedics. If you live in the city, you’ll get other amenities or services available to you. This is one of those give-and-take measures and I think we should let this go,” he said.

“This issue here is about fairness. This is the only service the county provides that could be provided equally to every member in this county,” responded Leduc. “It can be done. The issue is, if we want to do it.”

When a vote on the matter came before county councillors, they decided to move the vote on the issue to early 2021 and asked for staff to provide more information, as many councillors acknowledged it was a major decision that shouldn’t be rushed.

“In the report, our staff noted potential operational and legal risks with this proposed system,” Simcoe County Warden George Cornell told CollingwoodToday after the meeting.

“This is an important topic, and I know that council will have a productive discussion as we consider these options, and make a decision that is in the best interest of all our residents and communities across the county,” he added.