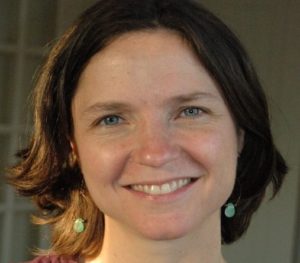 Orbit MZO, Yes or No? Residents to stand up for environment and democratic planning principles at County Council meeting

On Tuesday November 24th Simcoe County Council will hear a request from the Town of Innisfil to support, or not, the use of a Minister’s Zoning Order to fast track the development of the Orbit.

Founder of Council Accountability Group – Innisfil, Leslie Pollak; principal of Kirshenblatt Urban Architecture Inc., Steven Kirshenblatt; and the Rescue Lake Simcoe Coalition’s Executive Director, Claire Malcolmson, will do their best to convince County Council that using an MZO for the Orbit is not in the interest of the County in their delegations to Council next week.

Using an MZO to approve development applications before they have all the details in place is a current favourite of the Province of Ontario. More than 30 MZOs have been issued by the Minister of Municipal Affairs and Housing in the past two years. This far exceeds the use of this obscure tool in the past ten years under previous Provincial governments.

The delegations will centre on three main issues:

1. Using an MZO is risky for everyone but the developer. MZOs are issued by the Minister of Municipal Affairs and Housing. Once issued there is no chance of appeal by municipalities, citizens or environmental groups. The stated reason for using an MZO is to get a GO train station built as soon as possible but there is absolutely no guarantee that the station build would begin by 2022. Because an MZO is considered to be in conformity with provincial policy, there is also no guarantee that the Lake Simcoe Protection Plan would be followed. Adequate protection of Lake Simcoe and natural heritage was residents’ top concern in Innisfil’s consultations.

2. Greenlighting a plan that starts a new city of up to 150,000 people is no small matter. At this scale the Orbit would become an urban growth node, a decision that has not been made by the County or the Province. And if Simcoe County Council approves the use of an MZO for the Orbit, Councillors must acknowledge that they are doing so blind, as there are no realistic architectural plans or drawings or site plans, nor is there market research that supports the design pitched. Typically, a development of this scale would go through an Official Plan Amendment and be considered alongside other County municipalities’ requests for settlement area boundary expansions in a Municipal Comprehensive Review. Using this approach would be far more transparent, and guarantee that applicable policies were followed.

3. Innisfil has mischaracterized public support for the proposed use of an MZO. Of the 62 public comments on Innisfil’s Get Involved page, one supports the use of an MZO. There are worrying irregularities in the introduction of the motion that Council approved, to use an MZO, just 7 days after the first MZO draft was made public. Cynically, Council voted to use an MZO immediately after they had voted to extend the public input period, ignoring the fact that most public comments were objecting to the use of an MZO.
The Rescue Lake Simcoe Coalition is asking the interested public to call their Mayors, Deputy Mayors, and the County Warden to tell them if they think that using an MZO for the Orbit is a good idea or not. The Simcoe County Greenbelt Coalition has written a backgrounder on MZOs and is asking local groups to sign on and share it with their Councils to help educate Councils about the pitfalls and risks associated with using an MZO rather than going through normal planning channels.

What Simcoe County did