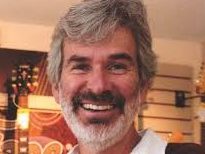 However, the proposed changes would reduce the effectiveness of conservation authorities to protect the natural environment as well as public health and safety.

“The Township of Essa has specific examples of development, which by today’s standards should not have occurred on lands at risk,” said Keith White, NVCA Chair, Councillor at the Township of Essa. “In 1954, Hurricane Hazel destroyed roads, bridges, railway trestles and tracks throughout the municipality, as well has flooding residential and commercial lands. A commercial plaza on King Street in Angus was built in 1965, and has been completely flooded numerous times since then. At times, it was only accessible by canoe.”

NVCA’s concerns regarding the proposed changes are:

-Originating from the Niagara Escarpment, Oak Ridges Moraine and the Oro Moraine, the Nottawasaga River connects NVCA’s 18 municipalities while passing through the internationally significant Minesing Wetlands complex before draining into Georgian Bay and Lake Huron. Amongst all this is a mosaic of woodlands, wetlands, valleys and river systems situated in agricultural, rural and urban land uses. In this picturesque landscape is an array of natural hazards that cross municipal and property boundaries. Questionable development decisions can have significant and lasting negative impacts to the property, adjacent properties, upstream and downstream communities.

-NVCA and all Ontario conservation authorities are science-based, non-partisan, public sector organizations that review permit applications consistently across the province through the requirements set forth under Section 28 of the Conservation Authorities Act. To provide permitting authority to the Minister of Natural Resources and Forestry would take science out of the process, effectively politicizing the permits and potentially allowing development that is shown to be unsafe or damaging to the natural environment. As such, putting people and property at risk.

-Proposed changes would remove the potential ability to issue stop work orders, a new tool in our enforcement toolbox that conservation authorities had long requested from the province. It will provide the ability to stop significant threats to life, property and environmentally sensitive areas before having to resort to costly fines and prosecution.

The NVCA Board acts on behalf of the entire watershed and its residents to ensure good corporate operations and management, not by municipal boundaries. Proposed changes would direct board members to act only on behalf of the municipality they represent rather than on behalf of the watershed. This is contrary to proper board governance and contradicts recent recommendations by Ontario’s Auditor General.

The Nottawasaga Valley watershed is comprised of 18 municipalities. With each municipality only acting on behalf itself, watershed management will be pulled in 18 different directions. This would severely limit NVCA’s ability to effectively manage lands containing natural hazards and wetlands. It would be difficult to build flood resilience in the face of climate change and preserve critical natural features.

Consequential changes to the Planning Act would bar conservation authorities from appealing a municipal planning decision to the Local Planning Appeal Tribunal (LPAT), unless requested through an agreement with the municipality or the Minister of Municipal Affairs and Housing. This is a necessary, but seldom used tool in our toolbox.

This change would also remove our right to appeal planning decisions as a landowner. This is of significant concern as NVCA owns and manages over 13,001 acres of land for habitat protection, community recreation and flood hazard management.

For example, in the Township of Essa, the Nottawasaga River Erosion Assessment in 2013 outlined that significant works (eventually in excess of $2,000,000 of taxation) were necessary to protect new residential development and a stormwater management pond. Concerns were appealed to the Ontario Municipal Board (now through LPAT) by the municipality and the NVCA during the development process, however the developments noted were permitted by the Ontario Municipal Board following the hearing.

Since 1956, Ontario’s conservation authorities have defined and defended the floodplains to ensure public safety and property protection, often on behalf of our municipal partners, using a variety of tools present in the Conservation Authorities Act and Planning Act. Removing some of these tools from our toolbox may allow individuals to circumvent checks and balances that exist to ensure the safe development of communities and the protection of sensitive environmental features.

“I am confident that there are many other case studies across our watershed, as well as across the other 35 watersheds in Ontario, which can be noted where risks to people and property could have been avoided,” continued White. “The financial burden on the taxpayers of Ontario, at the local municipality, county and regional levels for remediation has been significant. The return on investment of funding conservation authorities and upholding their authority under the provincial acts has been, and hopefully will continue to be of great value to all.”

NVCA encourages our municipal partners, watershed residents and our network of supporters to reach out to the Premier, the Minister of Environment, Conservation and Parks, the Minister of Municipal Affairs and Housing, the Minister of Natural Resources and Forestry, as well as local MPPs over the next week to ask that they address the concerns outlined above before the bill is enacted.

One Response to “Proposed changes to Conservation Authorities Act and Planning Act puts people, property and our environment at risk”