Home » Council Watch » Can Innisfil, a rural town without its own bus service, build a transit-centred city of the future?

Can Innisfil, a rural town without its own bus service, build a transit-centred city of the future? 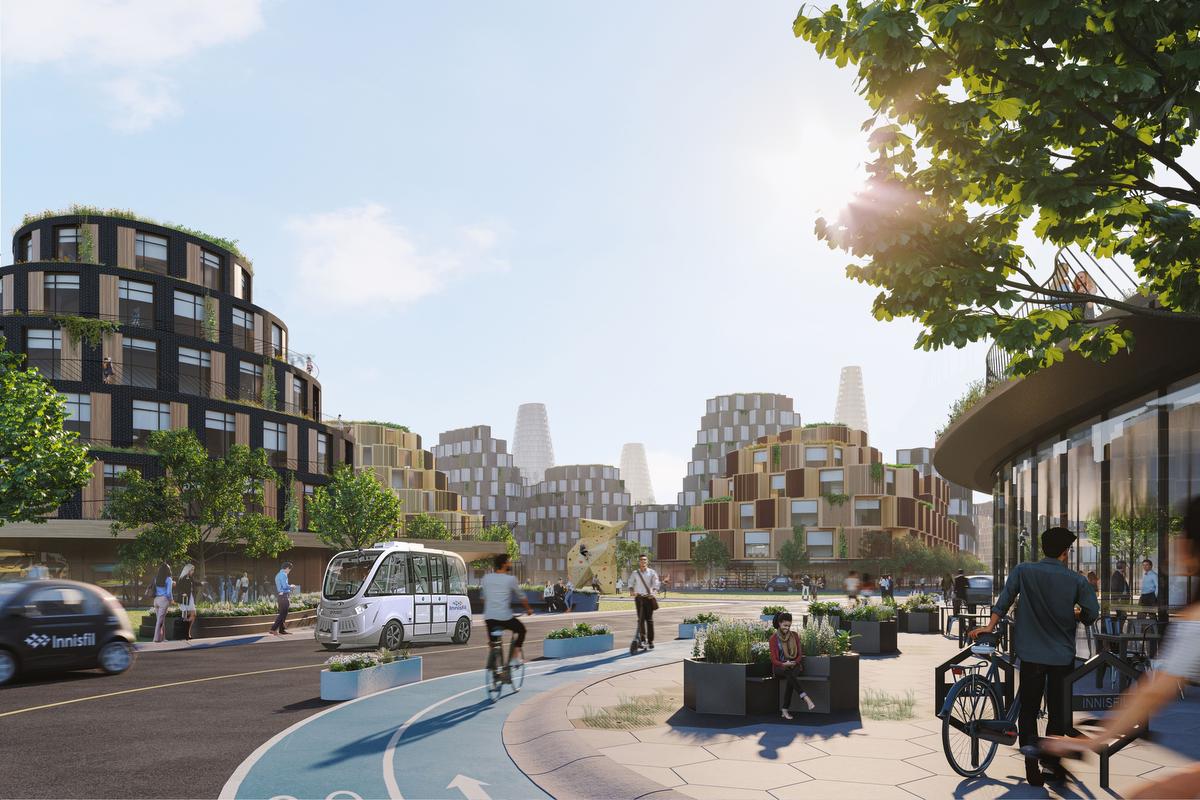 Innisfil, a rural town north of Toronto with seemingly endless country roads, vast open fields, no public bus service and onions as its best known commodity, wants to change its narrative and become a city of the future.

Through a project known as the Orbit, the small town wants to use a soon-to-be-built GO train station as a “centre of gravity” — an anchor point for a commercial, retail and residential community for 30,000 to 50,000 people, according to short-term projections.

After landing the request for proposal (RFP) to develop the city’s vision, award-winning Toronto architecture and design studio Partisans — known for co-producing our city’s bid for Amazon’s second North American headquarters, innovative projects such the design of Bar Raval on College Street, revitalization work inside Union Station and the interim repositioning of Ontario Place — presented designs to Innisfil, complete with futurist-style buildings popping up in an 800-metre radius around the train station.

The concentric design, used in other cities around the world, is intended in part to be pedestrian and cyclist friendly, doing away with massive boulevards everywhere.

The plan borrows in large part from the 1890s “Garden City” model put forward by U.K. urban planner Ebenezer Howard, a model based on the idea of greenbelts surrounding self-contained communities.

The new development calls for a community filled with green space, embedded smart city technology and no detached single-family houses.

Alex Josephson, architect and co-founder of Partisans, says his firm is excited about working with Innisfil, a town he says has a rural charm yet a progressive “tech-forward” outlook, and a willingness to embrace change.

Innisfil, a municipality in Simcoe County, wants to create a city that grows in a different way; a community that isn’t dependent on residents owning a car and an area that draws residents and business, particularly those that are technology-based, away from Toronto, all while maintaining key rural attributes.

But will the ambitious plan come to fruition?