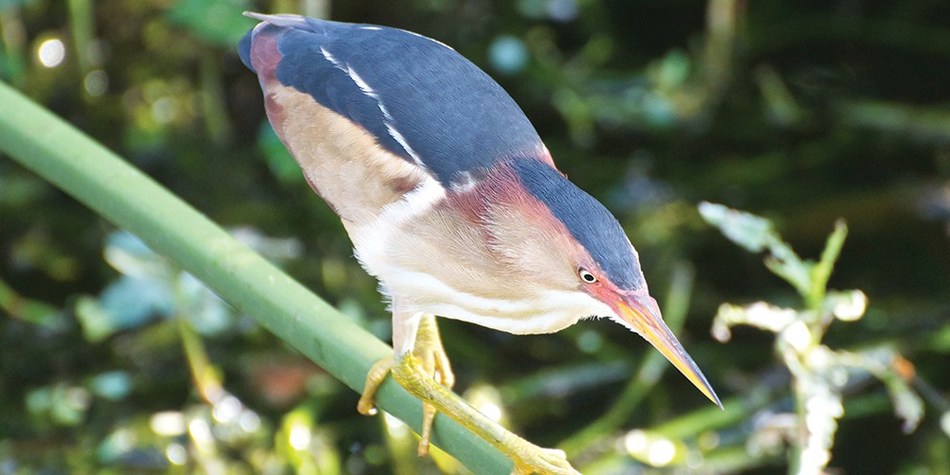 The Least Bittern is assessed as ‘threatened’ on Ontario’s Species at Risk list – which means it lives here in the wild and is not yet endangered, but is likely to become so if steps are not taken to address factors threatening it. -Brandon Trentler photo

The amendments give new powers to the Minister to delay, limit and remove protections for at-risk species. Further, it creates numerous, overlapping pathways for developers and industrialists to dodge critical requirements.

“The Endangered Species Act has been torn to shreds,” says Kelsey Scarfone, program manager with Environmental Defence. “Those with a vested, short-term economic interest in sprawl development now have free rein to bulldoze, dig up and pave over the habitats of our most vulnerable plants and animals.”

“The forestry industry, which is contributing to, if not driving, the decline of boreal caribou in Ontario, successfully lobbied in the past for exemptions to the ESA meaning they didn’t have to comply with the prohibitions,” says Rachel Plotkin, Boreal Project Manager with the David Suzuki Foundation. “Now there is no need for an exemption—the ESA has been weakened to the extent that status quo logging operations can continue under its watch.”

In the face of growing opposition to the proposed law, the provincial government chose to ram the Bill through the Legislature, curtailing debate and ignoring the serious concerns of environmental organizations, scientists, Indigenous voices, municipalities and tens of thousands of citizens.

“These changes do not reflect the values or long-term interests of the people of Ontario. The haste with which the government proceeded ensured that Ontarians would have no say in the outcome,” says Anne Bell, director of conservation and education at Ontario Nature. “Calls to engage in genuine public consultation over the coming summer were swept aside.”

The amendments also reduce future opportunities for public input on ESA matters under the Environmental Bill of Rights.

The ESA gutting follows a ground-breaking United Nations report, released in May, that documents the rapid decline of ecosystems and accelerating rates of species extinction. According to the report, a million species are now threatened with extinction.

“These changes to the ESA take us in the wrong direction,” says Gord Miller, Chair of Earthroots and former Environmental Commissioner of Ontario. “The alarming patterns of biodiversity loss, outlined in the United Nations report, hold true everywhere, including Ontario, and threaten the very foundations of our well-being and our economies.”

One Response to “Tragic day for vulnerable species in Ontario”