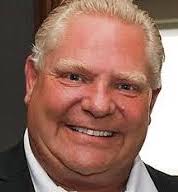 From the Association of Municipalities of Ontario

Bill 108, the More Homes, More Choice Act, 2019 has now passed third reading at Queen’s Park and received Royal Assent. It is now law in Ontario. The Act makes significant changes to the planning appeals process and to development charges. It also introduces a new Community Benefit Charges (CBC) under the Planning Act and makes changes to the planning process, conservation authorities, endangered species legislation, environmental assessments and to the Ontario Heritage Act.

AMO advocated vigorously on behalf of municipal interests throughout the legislative process, including by presenting before the Standing Committee of Justice Policy, and through our government relations work. A few amendments were introduced during the committee stage, including one that AMO and others proposed on including capital costs for ambulance services in development charges calculations.

Despite calls from AMO and municipal governments to allow the LPAT to continue to evaluate appeals based on compliance and conformity, de novo hearings will now be re-introduced. This move will take authority away from local councils and reverts back to an appeals process known to have a legacy of delays. It is unclear how the return to de novo hearings will lead to the faster provision of affordable housing.

We believe that the new changes to development charges will negatively impact municipal finances and go against the principle that growth should pay for growth. If a development is rental housing, institutional, commercial or industrial, development charge payments are now payable to the municipality as six annual installments commencing at occupancy. An amendment to Bill 108 following committee extends the repayment timeframe to 20 years for non-profit housing. Previously, development charges were payable in advance. This change will reduce the amount of revenue municipalities receive from development charges. It will also increase administrative burden for municipal governments.

Height and density bonusing under Section 37 of the Planning Act has been replaced with a new Community Benefit Charges framework. The CBC framework will allow municipal governments to pass by-laws covering a particular area to impose charges against land to pay for the cost of facilities, services and other matters required because of new development. Notably, costs eligible for development charges are excluded from CBCs. Eligible services and the methodology for calculating CBCs will be determined in regulation.

Timelines for making decisions related to official plans are reduced from 210 to 120 days and from 150 days to 90 days for zoning by-law amendments. Plans of subdivision are also sheltered from third party appeals. As well, the use of Inclusionary Zoning will now be limited to transit areas. This limits the utility of this affordable housing tool.

Bill 108 also introduces a new approach to endangered species protection. Species at risk will now be considered in the broader geographic context when determining species’ status. The Minister is also now able to enter into landscape agreements that authorize activities that would otherwise be prohibited in relation to listed species under certain circumstances. As per an amendment to the bill, alternative approaches will need to be considered before undertaking an activity that could adversely affect a listed species. While this direction holds potential to protect species at risk, a strong commitment from the province is required to provide leadership and tools to make this a success.

The Bill will reduce the need to undertake a lengthy justification for low risk activities. AMO looks forward to participating as further information, regulations and guidance are developed.

Ontario Heritage Act changes will require municipal councils to notify property owners if their properties or included in the register due to cultural heritage value or interest. The changes also introduce new timelines aimed at making the heritage process more transparent. A technical amendment was made at the committee stage that the Trust is included in notices. The language around erecting structures on a heritage site was also clarified to stress that the attributes that give heritage significance should not be altered or demolished.