Endangered species: second set of rules for those who pay more 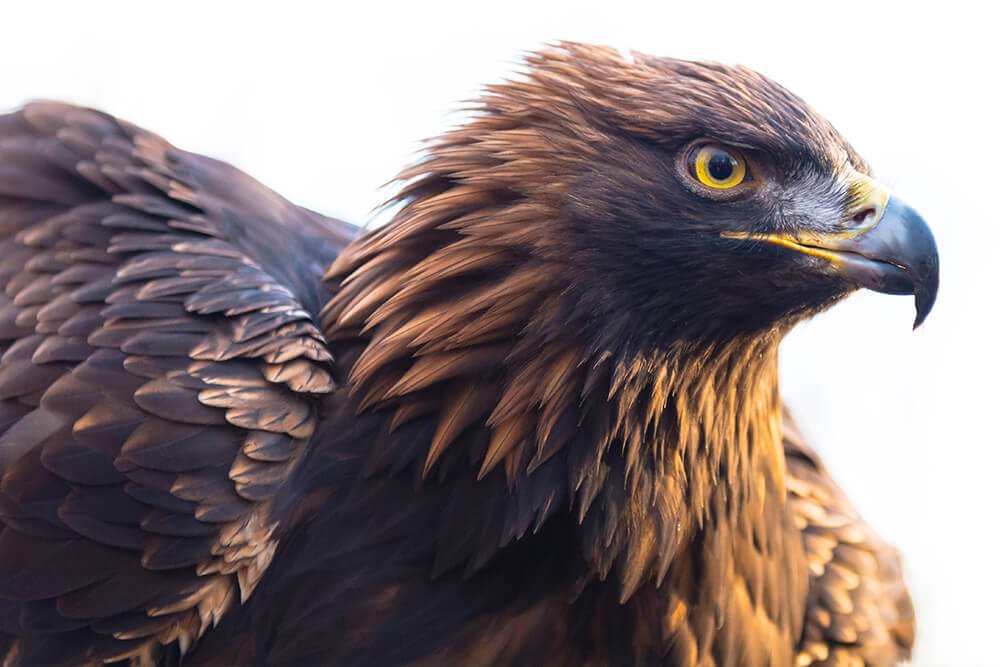 The Golden Eagle is endangered in Ontario, which means the species lives in the wild but is facing imminent extinction or extirpation. -San Diego Zoo photo

It is becoming a pattern with this government to hear, once again, that Ontario’s most sensitive and valuable environments are being offered to the highest bidder. ‘Open for business’ now also means trading protection for species at risk to anyone willing to pay the price.

A strong and prosperous Ontario has a healthy and bountiful natural environment.

By weakening and outright removing protections in exchange for money this government weakens our province and sells our natural heritage out from under us. This move is particularly shocking given the global epidemic of species loss.

Like Bill 66, the process to determine which regulations can be avoided are taken out of the public eye and at the discretion of the Minister. Local habitats could be under threat without any notification or public input opportunities.

The government will establish a second set of rules for those that are able to pay more. Instead of following the rules everyone else has to, sprawl developers, aggregate companies, even our own municipalities can just pay their way out of the process, regardless of whether it undermines Ontario’s environmental integrity.

Yet again we are forced to point out to this government that this proposal is not needed.

In Simcoe County we have a surplus of land available for houses and employment. We do not need to sacrifice our forests, wetlands and shorelines for more.

Who does this benefit?

Dredging wetlands that prevent flooding or paving over forests that purify our air destroys highly effective, low-cost natural solutions to climate change. The profit gained by developers and the sum paid to the government cannot match the ongoing value these natural ecosystems provide to our communities.

Simcoe County has a wealth of globally, provincially, and locally significant wetlands and shorelines. We are home to Ontario’s largest municipally owned forest system. Our area is also home to over 60 species that are deemed vulnerable, threatened, or endangered.

Which of these will be the first to be offered up to the highest bidder?

We are particularly concerned with proposals that:

-Would allow industry, municipalities, and developers to bypass rules and regulations within the Act for a price;
-Would allow the Minister to avoid consulting with experts for species at risk, even if the suspension of the regulations would, “likely jeopardize the survival of the species in Ontario”;
-Would allow the Minister to avoid consulting or even notifying the public if they decide to suspend regulations within the Act;
-Would suspend the protections for locally threatened species as long as the species is “healthy” outside of Ontario. This would lead to extirpation and further jeopardize local ecosystems;
-New additions to the Species at Risk list would take longer to get protection (from 3 months to a proposed 12 months). At a Minister’s request the committee that adds new species may be asked to re-evaluate the listing, which would only lengthen the time that the species and their habitat would be vulnerable to development and other damaging activities;
-Would no longer issue stop work order permits on damaging activities for newly listed species or their habitat for up to one year of listing. This means that damaging activities, such as mining, excavation etc., would be allowed to continue, unfettered, as the new species’ habitat and species protections are reviewed by committee.

Industry gets free pass to exterminate species in Ontario.

TORONTO – The Ontario government’s shocking and irresponsible proposed changes to the Endangered Species Act will effectively remove all safety nets for species at risk in this province. The proposal will give industry a free pass to exterminate species in Ontario.

This move is regressive and dangerous. The world is in a biodiversity crisis, and the Ontario government has proposed to gut one of the most comprehensive endangered species laws in the world. The province is bending to pressure from industry and sprawl developers when they should be working to restore and protect vulnerable habitats.

These changes propose to gut the cornerstones of the law that made species recovery and survival possible. Environmental Defence, Ontario Nature and the David Suzuki Foundation condemn these changes in the strongest possible terms, and call for on government to reconsider immediately.

We are especially concerned about the following proposed changes:

-Species listed as threatened or endangered may no longer be automatically protected.
-Changes to “edge of range” species means considering populations outside Ontario when listing a species at risk. This includes many Southern Ontarian species, allowing Ontario to simply opt out of protecting species at home.
-Introducing a pay-to-proceed system on harmful activities: Developers and proponents should not be allowed to pay their way out of protecting endangered species’ habitats.
-Opening the scientific committee to non-scientist members: This change could allow people with no knowledge or scientific background to be involved in decisions for species.
-Giving the Minister the discretion to interfere with the listing of at risk species, bringing politics into the protection of endangered species.

Environmental Defence is a leading Canadian advocacy organization that works with government, industry and individuals to defend clean water, a safe climate and healthy communities.

The David Suzuki Foundation is a leading Canadian environmental non-profit organization, collaborating with all people in Canada, including government and business, to conserve the environment and find solutions that will create a sustainable Canada through evidence-based research, public engagement and policy work. The Foundation operates in English and French, with offices in Vancouver, Toronto and Montreal.

One Response to “Endangered species: second set of rules for those who pay more”