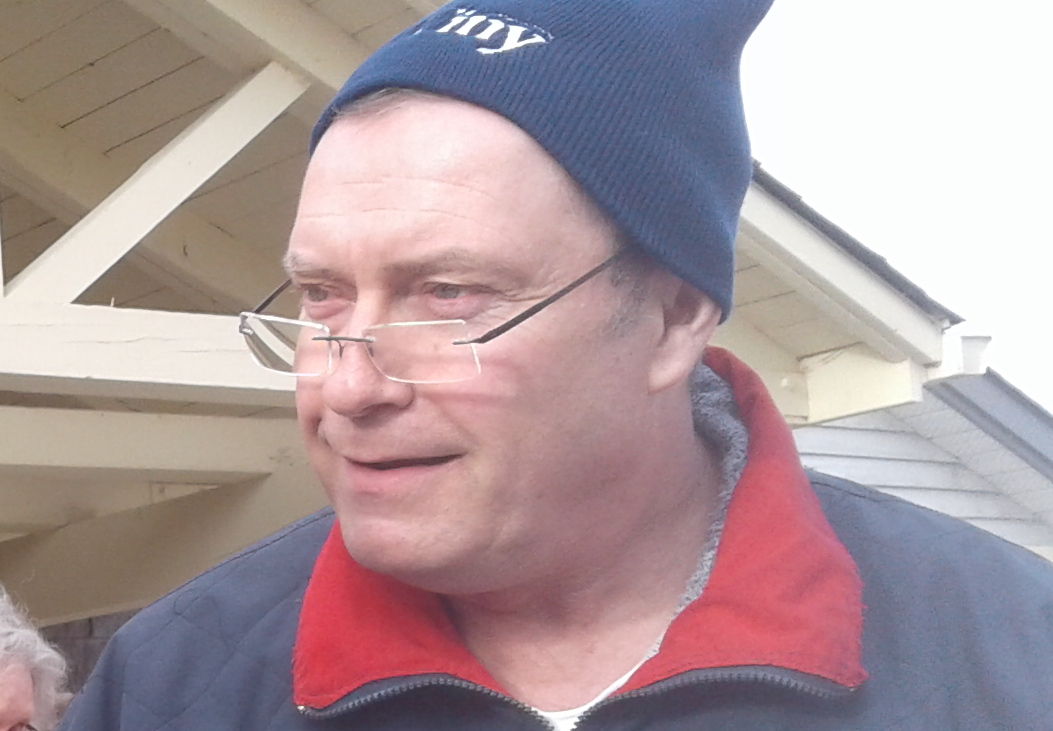 Richard Hinton made many friends among those he met during his all-too-short time in office. He will be remembered with great affection. This is a link to the Tiny Cottager, which gave him an enthusiastic endorsement when he first ran for office in 2014. He did not disappoint. And even after he became ill, he pushed himself to represent the public interest – always thinking of the seventh generation.

Some thoughts about Richard:

“I wish to extend sincerest sympathy from AWARE Simcoe to the family of Councillor Hinton. Richard was a strong supporter of environmental integrity as it relates to our community and he will be greatly missed.”
Vicki Kee Tiny Township resident and AWARE Simcoe director.

“Richard Hinton was a kind and genuine soul who set a standard of leadership in Tiny Township & Simcoe County. He proved through his involvement with many social & environmental movements that he was truly for the people and a protector of our Mother the Earth. I sincerely hope that all leadership continue to learn by the legacy of his example. I send my sincere thanks to the Creator for giving us the blessing of his life. My heart goes out to his family and the community of Tiny Township at this time of great loss.”
Vicki Monague & Family

“The Friends of the Waverley Uplands were shocked and deeply saddened to hear of the passing of Councillor Richard Hinton. Richard always believed in doing the right thing regardless of circumstances, his honesty and integrity will be his legacy. Richard was a family man, a dear friend and a true gentleman. His passion and love for the environment and community was unprecedented. He will be sadly missed by all. Our hearts and prayers go out to his family at this devastating time.”
Peter and Jenny Anderson Friends of the Waverley Uplands

“As Chair of AWARE Simcoe I wish to extend to Richard Hinton’s family my sincere and heartfelt condolences on their loss. Reflecting back on my relationship with Councillor Hinton, it was a breath of fresh air working with an elected official who truly had integrity and was willing to see the big picture. The citizens of Tiny will be hard pressed to fill the void left by Richard’s passing.”
Don Morgan Midland

“It is with great sadness and heavy hearts that we share the news of the sudden passing of Tiny Councillor, Richard Hinton. He was always such an ambassador for the community of Tiny and a valued supporter of our group. The loss of his presence will be felt greatly.
Melanie Robitaille Friends of the Waverley Uplands

“Richard was a progressive thinker who understood the importance of protecting our water and natural heritage. His leadership will be sorely missed.”
Sandy Agnew Oro-Medonte Township

“This is a terrible loss for the community. Richard always went the extra mile in terms of transparency and asking the important questions. Richard listened to the people and tried his best to implement changes for our region in a respectful way. Our thoughts are with his wife Cathy, family and friends. Richard will be missed.”
Anne Ritchie Nahuis Tiny Township

If you wish to add a thought to this page, email it to aware.simcoe@gmail.com – or add a comment, below.