Scientist plans probe of reasons for purity of Site 41 water 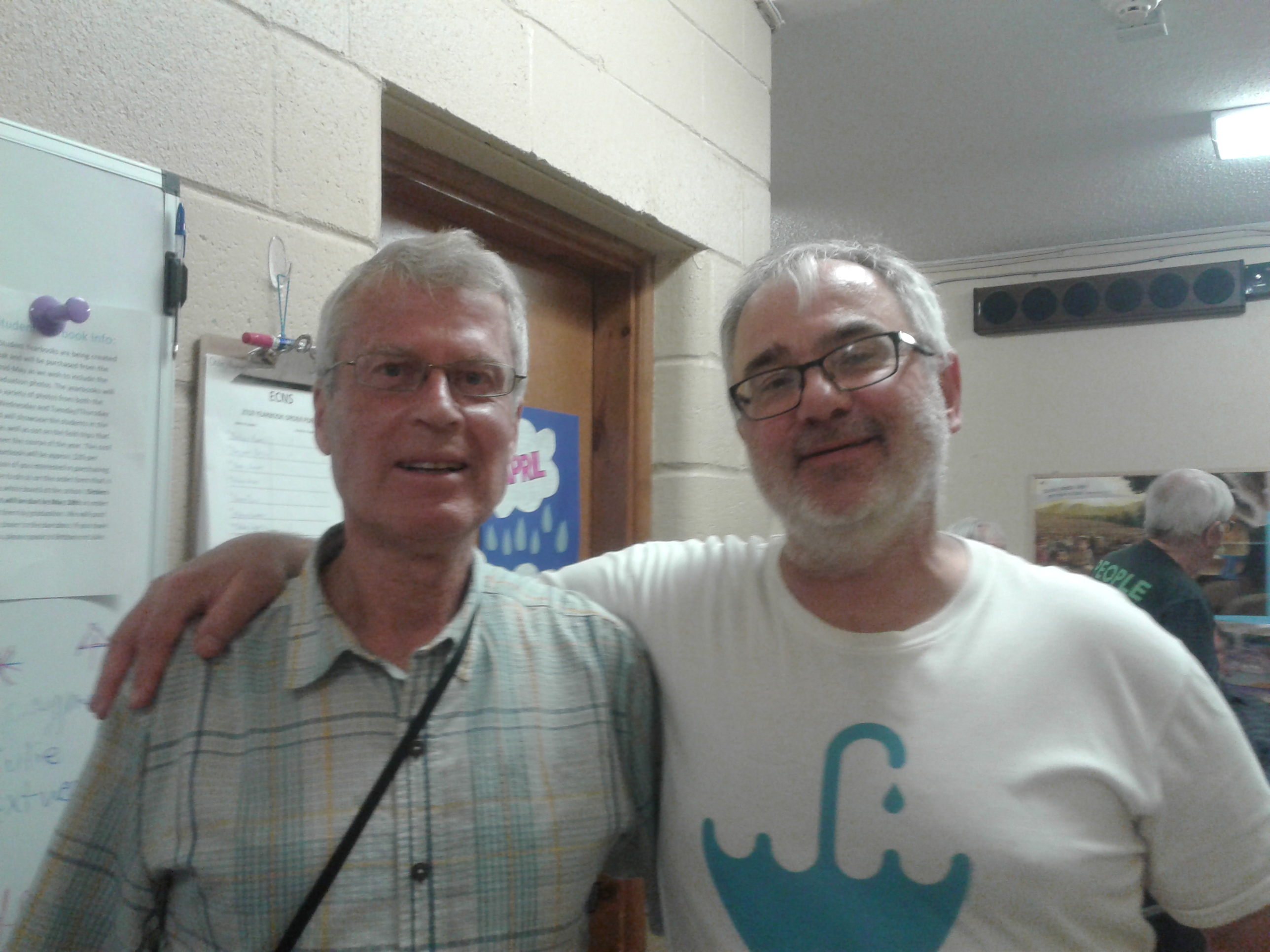 Scientist Bill Shotyk may be getting some company in his 25-year study of the exceptional water that flows out of artesian wells in the Waverley area.

Groundwater expert John Cherry hopes a multi-disciplinary team of researchers can come together to solve the mystery of why the water in this corner of Simcoe County is unusually pure.

Cherry, retired from the University of Waterloo as a Distinguished Professor Emeritus, attended a talk Shotyk gave last week at St. John United Church in Elmvale.

Shotyk interwove an account of his personal journey in bringing nature back to the Springwater Township farm he inherited from his father with the story of his decades-long research into the area’s water and the discovery that it has lower levels of contaminants than 5,000-year-old Arctic ice.

“The key to the quality of the water is the soil,” concluded Shotyk, who is Bocock Chair for Agriculture and the Environment at the University of Alberta. “Soil is Mother Nature’s perfect filtration system.”

But why does this filtration system work so well in this particular area?

That’s a question Shotyk has been not been able to answer. He can tell you to a part per trillion what can be measured in the water itself, but he’s not an expert in the way groundwater moves through soil and rock, with the knowledge to tease out how the water got to be the way it is.

Enter Cherry, a hydrogeologist with a string of awards to his name, presently director of the University Consortium for Field-Focused Groundwater Contamination Research and an adjunct professor in the engineering department at the University of Guelph.

“This pristine water that Bill’s talking about is very rare,” he told the gathering of about 100 people at the May 16 meeting . “There’s hardly any other in Canada and certainly almost none other in Ontario.”

He’s also keen to investigate the reasons for the water’s unusual purity.

“This whole area should be basically be set up as an experimental hydrology groundwater monitoring system,” he said, to applause from the crowd. Many of those present had been part of the battle that stopped Simcoe County from locating a dumpsite at Site 41, above the aquifer.

Cherry plans to return in August to look at the terrain and background hydrogeology, and in the fall, apply to the Natural Sciences and Engineering Research Council of Canada for a discovery grant. If successful, work could begin next year, he said in an email.

“But this would be just a start,” he wrote. “Other proposals will be needed so that a multi-disciplinary team of professors working with government can cover many bases. This is just my vision of the moment in reaction to Bill Shotyk’s excellent lecture. He has set the stage with his personal devotion to the area.”

In his lecture at the church, Shotyk highlighted something Cherry had said in a talk at Queens University a year ago: “The single greatest threat to groundwater in Ontario is the Ontario ministry of the environment.”

“I stand by that,” Cherry told the meeting, adding that the same applies to other ministries in provinces across the country. “We Canadians are a very backward country when it comes to the environment – and all these ministries across the country… they all claim to be doing science-based decision-making – science really doesn’t play a role hardly ever… It all works down to politics.”

In an email, he explained that his reference to the environment ministry arose from a case study centred around a transformer built by Hydro One on the Oak Ridges Moraine north of Oshawa. He advised the local residents’ group and learned first-hand how the Ministry of the Environment and Climate Change is so inadequate.

“Our system of environmental governance has become ‘corrupted’ by a combination of factors but the groundwater environment takes the biggest hit because the impacts are slow to show up,” he wrote.

“The cause-and-effect aspects are not seen due to poor monitoring and the political time frame (four-year voting periods) does not tie any responsibility to the outcomes.”

Cherry urged those at the meeting to raise groundwater issues in the current provincial election, and to prevail on local municipal councils to pass groundwater protection bylaws. “I don’t think it’s ever been done in Ontario but there’s a mechanism to do that,” he said.