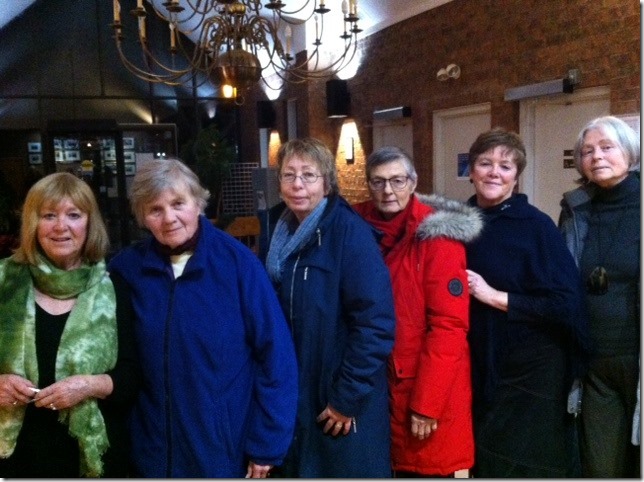 AWARE Essa members and supporters were jubilant yesterday after Essa Township’s mayor and council unanimously approved a motion to contact Premier Kathleen Wynne and urge her save the Ontario Tree Seed Facility in Angus.

But in the follow-up discussion Mayor Terry Dowdall suggested that efforts to keep the facility open need to be immediate since some dismantling may already be underway.

UPDATE 17-12-08 Alarmed at the news that the Tree Seed Plant in Angus was being dismantled, several AWARE Essa members paid a visit to the site on Thursday. Supervisor John Fisher met us at the office and assured us that only the outdoor cone drying cribs were being taken down, and that was because of their run-down condition and the fact that they hadn’t been used for a number of years. The OTSP is in the midst of processing this year’s collection of seeds. END UPDATE

Deputy Mayor Sandie Macdonald thanked AWARE Essa members for their efforts and for being a “lifeline” for the Tree Seed Plant. She noted that  “once the OTSP is gone, you cannot bring it back.”

Anne Learn Sharpe and Janet Lord-Genyk of AWARE Essa presented excerpts from the many letters that have been sent to Wynne and MNRF Minister McGarry – from forestry associations, businesses and clients, former MNRF employees and NGOs – all making a case for the irreplaceable value of the Tree Seed Plant and addressing the numerous negative impacts of its closing.

Some sample comments from the letters:

“[The closure of the Ontario Tree Seed Plant] shows a disturbing lack of government vision for Ontario forests under climate change. If our provincial government is not in this game, who is?” – Forest Gene Conservation Association

“We had counted on the capabilities of the OTSP to process, store and distribute these seeds [from the Rare Woody Plants of Ontario Program] to an ever-increasing number of stakeholders in need, as we simply do not have the facilities or capacity to do so on our own.” -Sean Fox, The Arboretum, University of Guelph

“As for privatization—the great saviour here—has this really worked in other areas of our sector, the closest to this being the tree nurseries? …We only need to look north and see what privatization has done to a once thriving tree seedling producing industry. Today, between 60% and 70% of all tree seedlings planted in Northern Ontario are propagated outside the province. That has no economic benefit to Ontarians or Ontario businesses…. Expecting the private sector to take over is just abandonment of responsibility. What kind of leadership is that?” -Dave Harbec, Somerville Nurseries

The town of Angus has been home to the OTSP for 94 years and AWARE’s presentation emphasized the connection to Essa’s history and identity and the potential for a revitalization of the Tree Seed Plant in the community.

Dowdall recalled the shock he experienced after receiving the news of the closure with no forewarning. He said he was surprised that the industry was not given at least two years’ notice.

Susan Antler from Utopia Mill and Park, and AWARE Essa’s partner in this project, was not able to attend the deputation, but her input and experience has been essential to yesterday’s outcome.