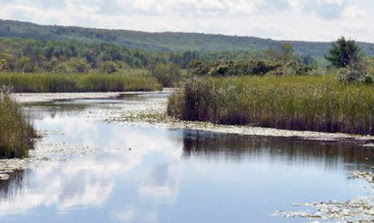 Proposed policy is a recipe for inaction and delay

Prior to the 2014 provincial election, Premier Kathleen Wynne pledged to reverse wetland loss by 2025. Accordingly, the Province has proposed a new wetland conservation strategy, which is open for public comment until November 16, 2016. The strategy, however, is not up to the task of protecting and recovering Ontario’s wetlands. Given weak overall targets, loose commitments and the failure to earmark areas for government investment, it is a recipe for inaction and delay.

The overarching target of the proposed strategy is to achieve no net loss of wetlands by 2030. This means accepting ongoing wetland loss for the next 14 years. This target is woefully short of the Premier’s pledge. Considering the immense value of wetlands, the history of loss and the urgent need to protect them this is nothing short of ridiculous.

Wetlands provide habitat for well over 20 percent of Ontario’s species at risk. They also provide benefits to society (e.g., water purification, flood control, erosion reduction, climate change mitigation) valued at more than $51 billion per year in southern Ontario alone according to a 2009 study commissioned by the Province.

As noted in a 2012 report by members of the Great Lakes Wetlands Conservation Action Plan: “We continue to lose wetlands to development, road construction and drainage. The small proportion of original wetlands that remain emphasizes the importance of protecting all remaining wetlands.” Between 2000 and 2011, we lost 6,152 hectares of wetlands in southern Ontario.

Even those wetlands that benefit from the highest level of policy protection in Ontario are disappearing. In some cases, community groups must battle powerful corporate interests to protect Provincially Significant Wetlands (PSWs) in places like Niagara and York Region, where historic wetland losses exceed 85 percent in many areas. Meanwhile, lower Great Lakes coastal wetlands have been lost at a rate of 5,336 hectares per year over the last decade, as highlighted in a 2015 Ducks Unlimited Canada analysis.

Reversing wetland loss means more than stopping the loss. It means turning things around to achieve a net gain of wetland area and function. It requires prioritizing and enhancing the protection of existing wetlands – including those identified as significant in municipal or regional policies and under the international Ramsar Convention – and implementing an effective plan for restoration in areas of greatest historical loss. It also requires significant investment in wetland evaluation, protection (securement) and restoration.