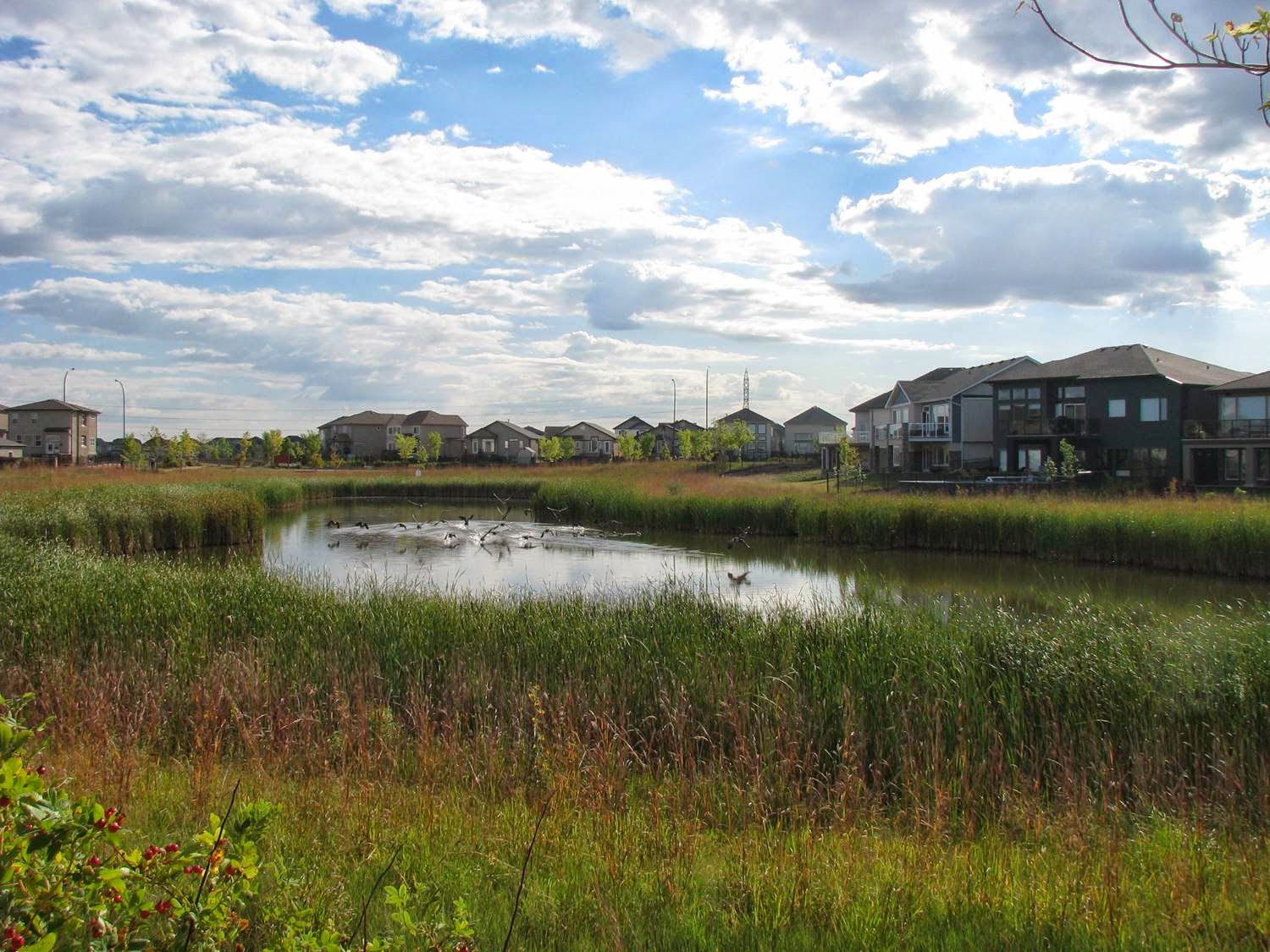 Developers would be wise to ensure the creation of stormwater ponds follows a more natural approach.

That’s according to Alexandra Service, a conservation programs specialist with Ducks Unlimited Canada.

Following an overview of the organization’s work to Simcoe County council members during their bi-monthly meeting this week, Service said building a natural stormwater pond rather than a conventional one that often features a concrete liner costs about the same to construct but provides lower long-term costs while improving the environment.

As well, since it’s similar to a marsh, a natural pond can increase property values for those living nearby, Service said.

She said municipalities like Winnipeg and several other western Canadian locales are leading the way in ensuring developers create a more natural environment.

“It provides a habitat for many species because the water quality’s better,” she said, pointing out there are currently no requirements for developers to adopt the natural model.

“Concrete ponds tend to accumulate a lot of sediment. Natural ones offer a buffer.”

“It was originally restored back in the mid-1980s,” Williams said, noting maintenance crews replaced part of a dyke and installed a new beaver fence during this winter’s restoration work. “Some of the damage was due to unauthorized ATV use.”

During her presentation to councillors, Service noted since larger development began in Ontario in the 1800s, 72% (3.5 million acres) of wetland habitat has been lost, with regions in southwestern Ontario being the hardest hit.

“Simcoe County’s loss hasn’t been as prominent, but it is now a fast-growing region, so we need to be proactive,” she said, adding she hopes the county’s official plan that’s now in the works addresses the need to ensure wetland conservation.

Since 1974, she said, the group has been working with landowners, governments and other organizations in the province to preserve more than 940,000 acres of habitat.

And during its time in Simcoe County, which began in 1976, Service said, the organization has invested more than $5 million in wetland conservation while completing 50 projects and conserving more than 26,000 acres. She said the group’s work has helped reduce phosphorus levels while improving water quality in the Lake Simcoe and Georgian Bay regions.

Since the organization was founded by hunters in the 1930s, there’s been a misconception landowners who work with Ducks Unlimited to rehabilitate wetlands have to allow hunting on their property, William said.

“When we restore a wetland, we don’t have to have hunting on it. A lot of our members still hunt, but it’s probably now split about 50/50 (between hunters and non-hunters),” he noted.